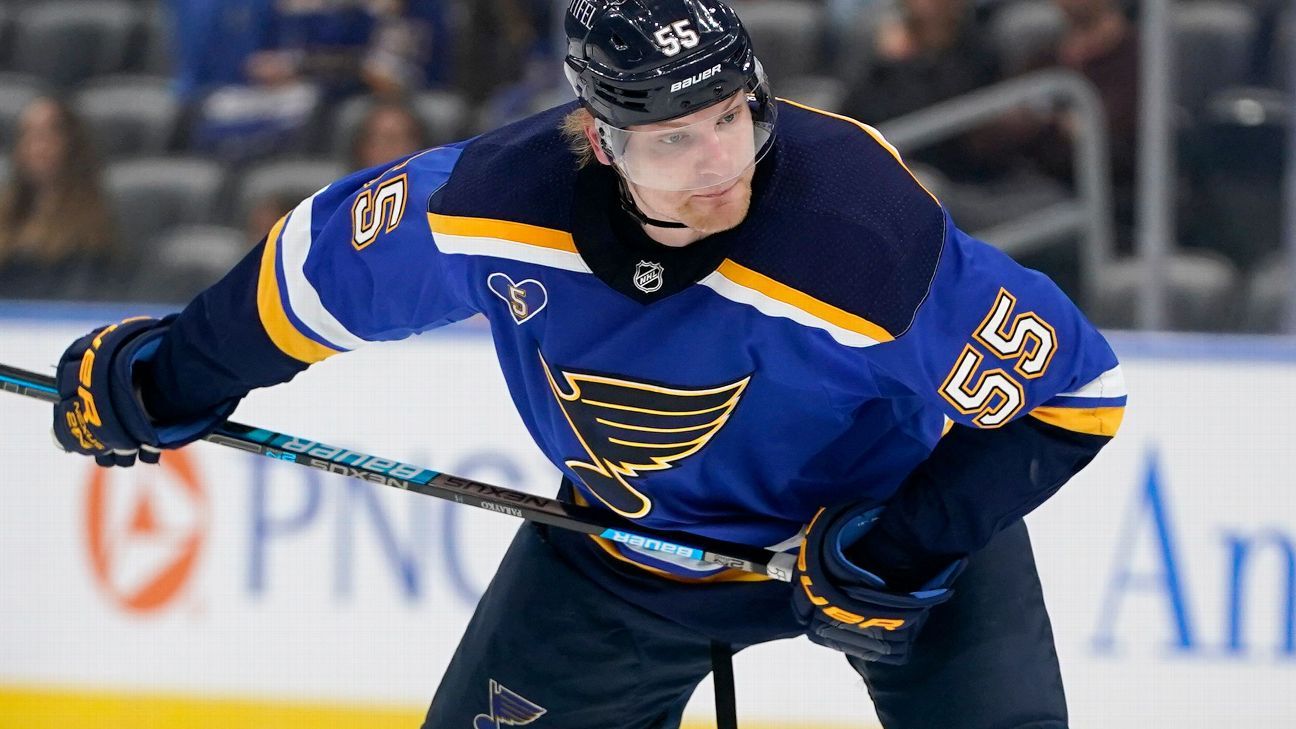 ST. LOUIS — Colton Parayko‘s name is out of trade rumors and in the St. Louis Blues‘ long-term plans after agreeing to terms Wednesday on a $52 million, eight-year contract.

The team’s top defenseman was set to become an unrestricted free agent next summer, and his impending departure threatened to remove another key performer from the blue line that helped St. Louis hoist the Stanley Cup in 2019. Instead, Parayko will count $6.5 million against the salary cap when his new deal starts in the 2022-23 season until it runs out in 2030.

“I can’t wait to wear the blue note for another nine years,” Parayko said. “St. Louis has been my home now for six seasons, and this is where I want to be.”

Parayko put up 12 points during the Blues’ Cup run two years ago. He was limited to that many during an injury-plagued 2021 season.

The departures of captain Alex Pietrangelo, Jay Bouwmeester, Joel Edmundson, Carl Gunnarsson and Vince Dunn made Parayko and Robert Bortuzzo as the only defensemen left from the Blues team that won the Cup in 2019.

“Winning here in 2019 was special, and I want the chance to stay here and do that again,” Parayko said.

On the other side of the ice, as training camp nears, the offensive mix still seems a bit jumbled for the Blues. Despite rumors and lingering trade discussions with other teams, disgruntled star Vladimir Tarasenko is still with the club. It is possible he skates with the team in camp, and perhaps even starts the regular season in St. Louis, before a suitable partner can be found.