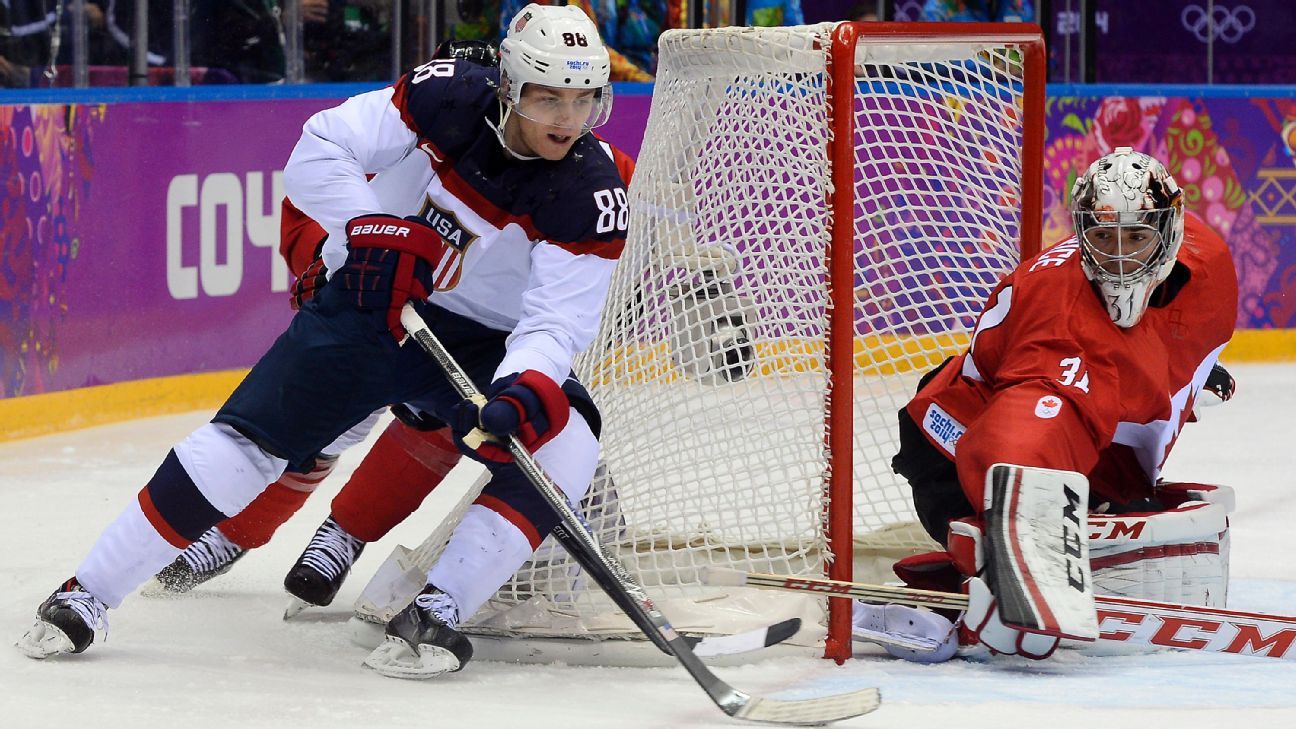 The NHL and NHLPA have come to an agreement with the IIHF and IOC that will allow NHL players to participate in the 2022 Olympic Games in Beijing.

The agreement does carry an opt-out clause: The NHL and NHLPA can pull out of the Olympics should COVID-19 conditions worsen, or if the 2021-22 NHL schedule is disrupted by cancellations and the league feels it needs to use the Olympic break to make up games. The deadline for the opt-out is believed to be in early January, sources told ESPN.

The NHL did not participate in the 2018 Winter Olympics in Pyeongchang, ending a run of five consecutive tournaments in which the league allowed its players to appear. However, NHL players earned a massive win when they signed a new collective bargaining agreement with the league in 2020: The CBA included language to allow players to participate in the 2022 and 2026 Olympic Games — contingent on an agreement with the IIHF and IOC.

The NHL, NHLPA, IIHF and IOC had been negotiating on and off all summer — and bypassed some arbitrary deadlines — but finally came to an agreement on Friday.

NHL players have uniformly fought to return to the Olympic games.

“As any Canadian kid, your dream is to play in the NHL, and then your dream is to play for Team Canada at the Olympics. I think that’s always how it is, and I’m no different,” Edmonton Oilers star Connor McDavid told reporters last week. “Obviously, with not going to the Olympics, it’s been a long time since we’ve been able to represent our country at a best-on-best tournament. So, my last time would have been a world juniors [in 2015], so it’s been a long time, and I’m certainly looking forward to, I guess, having the ability to chase down a spot and hopefully make the team and represent my country at the Olympics.”

As part of the agreement, the IIHF and IOC are picking up all travel and insurance costs for NHL players and will cover for players’ guests if they are allowed to attend as well. A big hang-up was COVID insurance: While the NHL and NHLPA found a provider, the IIHF and IOC did not want to cover for additional COVID insurance, so it will be up to each individual player to determine whether he secures that or not.

The NHL is scheduled to break from games from Thursday, February 3 through Tuesday, February 22. All-Star weekend in Las Vegas — beginning on Feb. 4 — will happen whether NHL players participate in the Olympics or not.

Olympians who attend All-Star weekend will leave directly from Las Vegas and travel to Beijing.

All players who participate in the Olympics will be required to take the vaccine; however, there could be very limited exemptions on a case-by-case basis. Multiple league sources have told ESPN “an overwhelming majority” of NHL players are already vaccinated.

One thing the NHL wanted from an Olympic agreement was expanded media and advertising rights.

In a February 2020 meeting with the IIHF, the NHL outlined some of the things it wanted — NHL logos and advertisements featured in Olympic games, the ability to use Olympic highlights on NHL Network or NHL.com — which the league hoped would help promote the game.

However, sources say the NHL was largely denied most of its requests. The climate has changed since that February 2020 meeting; the NHL parted with broadcast partner NBC, which also carries the Olympics. Also, sources involved in the talks said the IIHF and IOC knew they had leverage considering NHL players have been so vocal about their desire to return to the Olympics.

Participating Olympic teams must submit their “long lists” of players by Oct. 15. The provisional playing rosters will be announced by January. National teams are not allowed to host in-person orientation camps, but they can host virtual meetings before the games.

According to sources, players are being told to prepare for strict protocols during the Olympics. That includes a bubble environment enforced by the Chinese government, daily testing, significant restrictions on interactions and movements, and the possibility of wearing GPS location devices to assist with contact tracing and ensure protocol compliance.