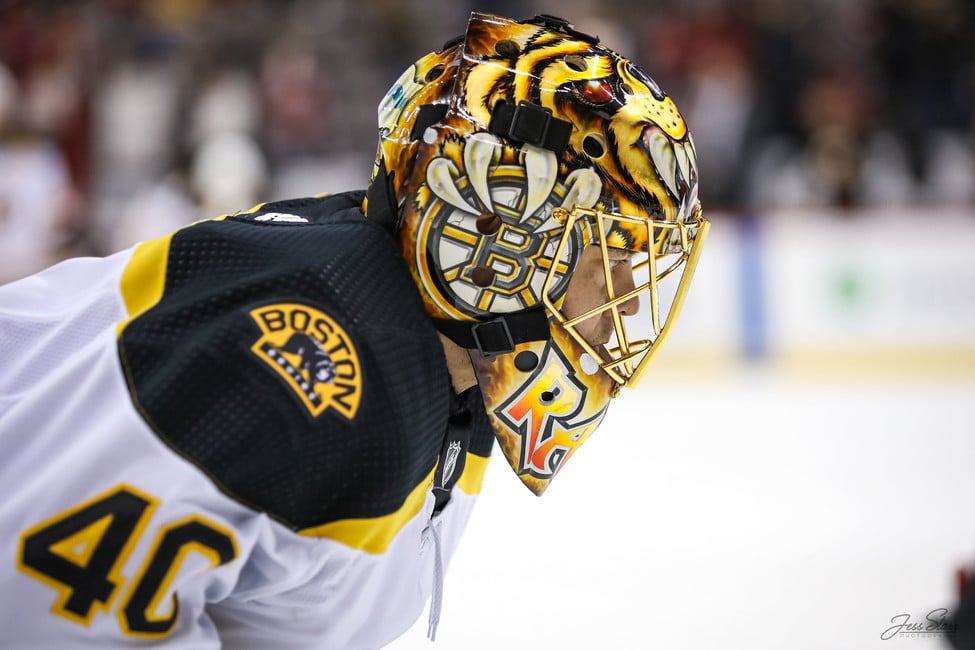 In today’s NHL rumors rundown, Luke Fox of Sportsnet took a look at some of the more interesting names still available on the free agent market. He offers updates on a handful of players and provides the latest information he has about their respective statuses. Meanwhile, there is some news regarding the Toronto Maple Leafs training camp, the Ottawa Senators extending their GM, and Carolina Hurricanes owner Tom Dundon talks about the Jesperi Kotkaniemi offer sheet.

Fox took a peek at some of the free agent names still on the board. Among the names he listed as still available, there are a group of players that will likely still find a home this coming season.

Tuukka Rask Will Be Back

When it comes to Tuukka Rask, he notes that Boston Bruins GM Don Sweeney left the door open for his return. Rask has already said he’s not looking to break the bank on any deal so an extension shouldn’t be terribly difficult to accommodate. Still with Rask, as noted by The Athletic staff suggest that he’ll have an open invitation to join Team Finland at the Olympics if he’d like.

Our assumption here is that Tuukka Rask, out after hip surgery until the holidays, won’t be ready, but his situation in Boston and beyond is far from settled. If he wants a spot, he’ll get one.

Islanders Have Two Outstanding Deals to Do

The Islanders are still likely to sign Travis Zajac and Zach Parise, according to Fox. When it comes to Zajac, the 36-year old can still offer some offense, kill penalties, and win faceoffs. When it comes to Parise, everyone is simply waiting for the deal that is believed to be done to be announced.

Fox writes that the Islanders were a team also rumored to be interested in right-handed defenseman Sami Vatanen. It’s not clear if they are interested in signing him or inviting him to camp on a PTO.

Galchenyuk Could Return to Maple Leafs

Fox notes that the Toronto Maple Leafs haven’t publicly closed the door on bringing Galchenyuk back after he showed well at times with John Tavares and William Nylander last season. That said, there hasn’t been a lot of chatter that they are keen to re-sign him either. The Montreal Canadiens are believed to have some level of interest in the forward, which would mark his second stint with the team in his well-traveled career.

While not a free agent, there has been some speculation the Maple Leafs kicked tires on P.K. Subban. If that’s accurate, GM Kyle Dubas would either need to trade another contract back to the New Jersey Devils or dump a player or two and replace them with a less expensive free agency option.

The team’s group of invitees is large with almost 40 players attending. The group includes some recent NHL and AHL signings, among them Joe Miller, Ty Voit, and William Villeneuve. Matthew Knies is not listed as part of the group.

The Ottawa Senators have been an interesting team to watch over the past few seasons, especially when it comes to how they’re managing their roster. The man behind all of that just received a long-term extension with the organization. Senators general manager Pierre Dorion’s contract was extended through the 2024-25 season on Tuesday.

Dorion talked about what’s next for the team and noted, “The rebuild is done. Now we’re stepping into another zone.” Considering the team made very little change this offseason, these comments must mean that Dorion is either planning something or that he believes his young guys will take a big step. The Senators were not a playoff team last season and likely won’t be again unless some serious development occurs or they add pieces.

As per a report by Sportsnet, Hurricanes’ owner Tom Dundon said the team did not offer sheet Kotkaniemi out of revenge. He notes:

“The idea we would do it for revenge, or to get even, is silly. We just want to win and we would only do something we thought would help us win more games. And the conclusion of our scouts and internally was this was a player with a big future and maybe his brand was down a little bit because of the way the season ended, but our folks had a lot of conviction in his future.”

He did add, however, “If it hadn’t happened to us it probably wouldn’t have happened to them, but (revenge) isn’t the reason we did it.” As for why the Hurricanes decided to troll the Canadiens on their social media feed, Dundon says it was all about making the process entertaining for the fans. He said, “our philosophy organizationally on the business side is have as much fun, get as much attention as you can.”