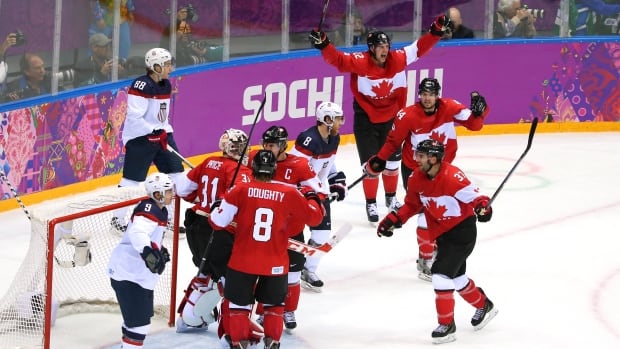 Despite all the controversy and tension surrounding the Beijing Olympics, one thing that hasn’t changed is the opportunity China presents from a marketability standpoint.

In this case, the NHL’s agreement last week to allow its players to compete in the 2022 Games, with the last time they were able to compete being in 2014, is now a chance to expand and grow.

On the latest episode of Bring It In, Morgan Campbell is joined by Meghan McPeak and Dave Zirin to discuss the ways in which the NHL’s decision impacts its league, but also how it compares to the NBA’s entrance into the Chinese market and the difference in backlash for both leagues.

Despite a raging pandemic and human rights issues occurring in China that have long been protested, the panel says the one constant is a continuous need to search for the opportunity to expand one’s business.

“It’s a reminder that whether you’re talking about sports or any other multi-million dollar industry, the phrase is ‘grow or die,'” Zirin said. ”From [the NHL’s] perspective, China… is the greatest untapped market for consumers in the world.

“The NHL makes this devil’s calculus where it says, ‘Well, we’ve got these problems, we’ve got these health risks, but what we also have is an opportunity to grow this sport.’ And ‘grow or die’ becomes the ultimate consideration before anything else.”

WATCH | Bring It In panel breaks down NHL’s return to Olympics:

The Bring It In panel discusses the NHL sending players to the Beijing Winter Olympics and its implications given China’s history of human rights violations. 7:03

The NHL has taken a similar approach to the NBA in its efforts to grow, with the understanding of how many eyes will be on February’s Olympics.

“I think the NHL is now trying to capitalize on that while doing it through the Olympics because sports gets shut down for those two weeks for the Winter Games. All eyes will be on it,” McPeak said. ”The NHL realizes that if they want to grow their brand, they can’t just stay within North America.”

Having taken that page from the NBA, the question in McPeak’s eyes becomes whether the NHL will receive the same questions, narrative and even backlash the NBA received for tapping into the Chinese market.

“You can’t only talk about it with the NBA if the NHL is now going to allow its players to play in the Olympics in China,” she said. ”It’s going to be interesting to see how it plays out and what, if any, fallout there is for the NHL with its fans.”

Campbell noted not only that it’s not new for the NHL to have gone into China, with the Toronto Maple Leafs having done it themselves, but that the call for crusading over human rights is not something that’s been heard for the NHL and its players.

The panel also discussed the rising number of tennis players who have spoken out about their mental health.

Situations such as Naomi Osaka saying she may take a break from tennis, Sloane Stephens saying she received abuse on social media following her loss in the tournament and Shelby Rogers saying she expected to receive many death threats following her loss at the U.S. Open have opened the door even further to see how and what could be done to solve all of this for tennis.

Tennis’ stars burnout, is this sustainable for the future of the sport? | Bring It In

The Bring It In panel talks about the issues facing tennis with some of its biggest stars like Naomi Osaka, Bianca Andreescu, and Shelby Rogers highlighting the stresses associated with the sport. 9:21

With athletes beginning to put their well-being ahead of their sport, a further need for humanity has emerged — especially from fans.

Per the panel, it’s now up to tennis organizers to respond.

Lightning trade McDonagh to Predators in move to clear cap space
Is this just the start of an Avalanche dynasty?
4 Oilers Draft Options with the 29th-Overall Pick
Bowness’ quick return to NHL bench about belief in Jets
Winnipeg Jets make it official, bringing back Rick Bowness as head coach