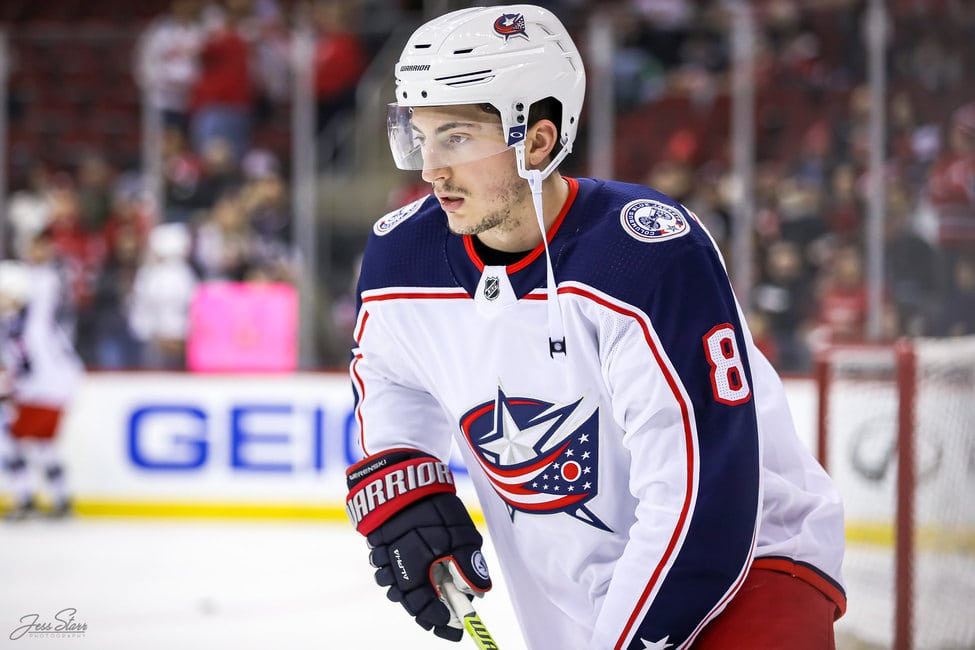 Welcome to the first Blue Jackets News & Rumors for September. We released it on Tuesday this week with Monday being the Labor Day holiday in the United States.

On this week’s edition, the injury bug has already started to hit the Blue Jackets. We discuss the latest injury and prognosis. We also discuss one player’s strong case to make a stacked Team USA in Beijing. And then we’ll end with a prospect off to a hot start in the KHL.

And so it begins. On Saturday, the Blue Jackets announced that forward Nathan Gerbe would miss 4-6 months after undergoing hip surgery. This was after Gerbe posted a picture on Twitter from the hospital.

Ultimately, this will have an impact on the Cleveland Monsters but his absence will be felt throughout the organization. Gerbe was expected to compete for a roster spot on the Blue Jackets but would have likely started with the Monsters in his normal leadership role. Then in the event of injury in Columbus, he was on the short list to be called up.

Gerbe’s leadership, energy and passion will be missed. He is an instrumental figure in helping younger players find their way. He also leaves everything he has on the ice every shift.

The 4-6 month timetable puts Gerbe out until sometime in 2022. He’s expected to return at a time when the Monsters are in the midst of a playoff race. Remember too that the AHL changed the playoff format for 2021-22. All but two teams in each division will qualify for the playoffs.

Gerbe’s potential return could be a spark for the Monsters. But until then, his veteran presence will be missed by coaches and players alike.

The Olympics are happening. At least for now they are. The NHL announced this past week that the framework is in place for players to play in the Beijing Olympics. However if conditions around Covid-19 worsen, there is an option to opt-out of participation.

From a Blue Jackets’ perspective, that’s great news for players who now could have an opportunity to participate. One player in particular deserves the chance to represent his country despite fierce competition. That’s Zach Werenski for Team USA.

As it stands, Werenski is a prime candidate to make this team. But him making it could go either way. It ultimately depends on how they want their team to look.

Outside of Werenski, here is a list of USA defensemen that will be under consideration for Beijing. There’s plenty of good candidates.

Of these 10, eight would make the roster. The top-five on this list make it with ease. Jones is a near-lock as well although some will argue that he isn’t as good as perceived. I still think he gets in. He’s really good despite his poor year last season.

The question comes down to who gets the other two spots. Only one defenseman on this list has a 20-goal season under his belt. That’s Werenski. Until last season, he recorded double digit goals in every NHL season he’s played.

Couple that with his improved defensive play from where he was and you have someone who absolutely deserves the chance to play in Beijing for Team USA. Again, if management feels they need a different type of defenseman in there, Werenski could be left out. It will be interesting to see how this goes.

SKA’s season in the KHL is underway. Blue Jackets’ prospect Kirill Marchenko is making sure that people are noticing him. Scoring highlight reel goals will certainly do that.

Marchenko scored twice on Sunday and has three goals in his first three games. He seems primed to have a dominant season. If he reaches the potential some believe he has, that only brightens the Blue Jackets’ outlook more.

The story will eventually become getting Marchenko to sign. He has just this season left in Russia on his current deal. The Blue Jackets will do everything they can to sign him his season is over. But until then, it seems like we will need to get used to seeing his goals making the rounds on social media.

See you all next week.