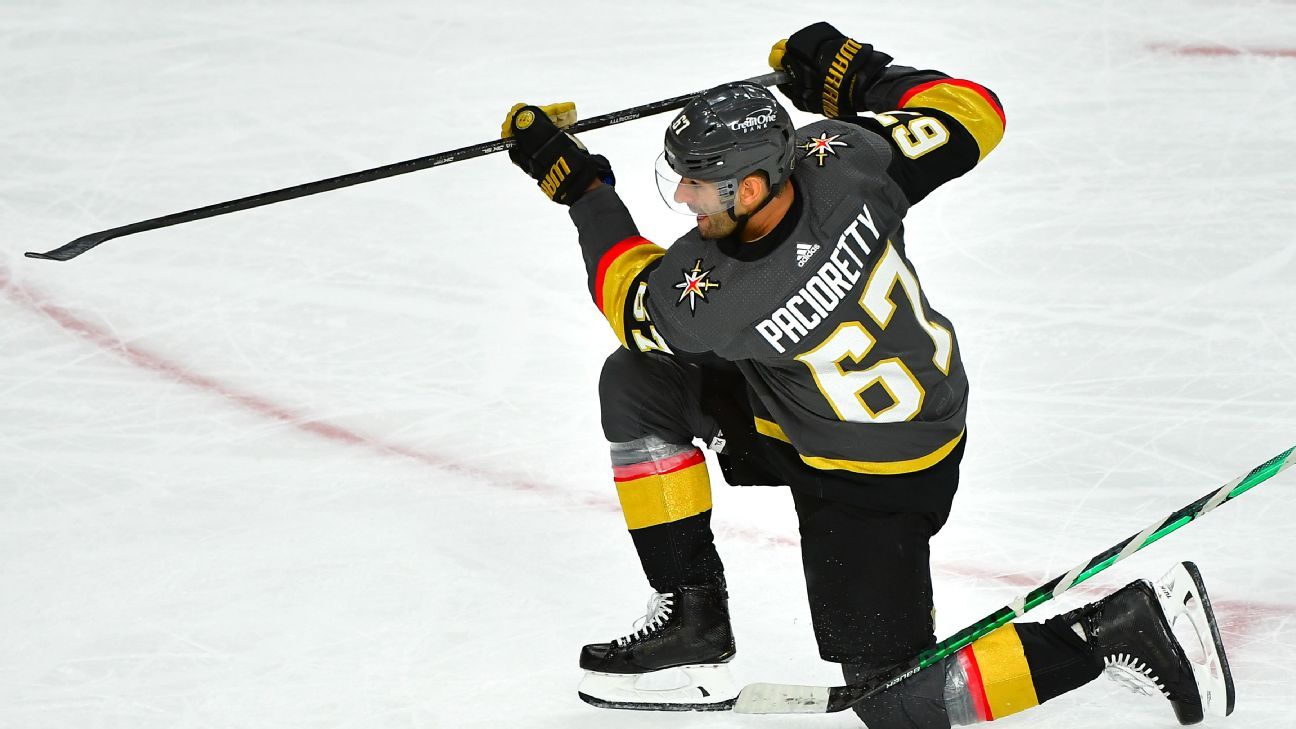 No need to rehash the argument from the position preview for centers here, but to quickly recap: For roster purposes, your league should use forwards as all the same position, and if you must separate them, use centers and wingers.

For all the same reasons presented for the centers versus wingers argument, separating players into right wing versus left wing is an even more flawed exercise. The actual roster eligibility in the fantasy game is flawed because the NHL’s position labelling system is just as flawed. We are left with labels for players that don’t play the position suggested or switch from side to side from shift to shift (while probably taking some shifts at center in between).

But we play in this world and many of us must abide by the rules.

If your league has been around for a while and does still break the forward positions down to right, left and center, you need to take some of the positional scarcity into account.

As noted above, there are fewer players that have eligibility at right wing. That puts a premium on some of the top guys. Nikita Kucherov, Mikko Rantanen and David Pastrnak as a first-round pick will open up some opportunities for you to be more flexible later.

For overall strategy with wingers, you can usually wait a little longer in your draft and take some chances on upside. Centers are much more entrenched when it comes to how teams deploy their lines. The depth chart is built from the middle out. Over the course of a season, it usually takes an injury or an unusual situation to elevate a center to a scoring line, but coaches are quick to move wingers around the lineup to find a spark.

That means there will be more emerging wingers through the fantasy season than there will be centers. But fair warning, many NHL teams simply label most prospects as centers, so you might find it frustrating when a young player gets a chance on the wing, but isn’t eligible there. This also prevents me from suggesting you can find more hidden gems at the wing, as that is true, but often the elevated players are simply listed as a center when they are still young – even though the first opportunity they are getting is on a wing.

At the end of the day, I’ve done the math enough to know there really isn’t a difference between what you get from a left winger versus a right winger (let alone a winger versus a center), so all forwards should be treated as forwards when it comes to team building.

Max Pacioretty, LW, Vegas Golden Knights (ESPN rank: 83, my rank: 20): Underrated much? Despite missing eight games (in a 56-game season) last year, Pacioretty finished 31st in total fantasy points among skaters. The season prior, he finished 13th. The chemistry is there with Mark Stone and the power play is a beast for the Knights. I’m in for another solid year from Pacioretty, even at age 32.

Postgame analysis and highlight show airing each night throughout the season from Barry Melrose and Linda Cohn. Watch on ESPN+

Patrik Laine, RW, Columbus Blue Jackets (ESPN rank: 107, my rank: 33): Yes, I do think having a coach that doesn’t try to convince this racehorse to be more like a duck will help. Obviously, taking Laine early is taking a risk. But I do believe his struggles the past couple seasons have been coachable troubles. This isn’t a sleight to John Tortorella, who’s coaching prowess speaks for itself, but he and Laine were oil and water. Laine needs to be let loose to do his thing in the offensive zone, defense be damned. While new coach Brad Larsen has spent his assistant coaching career under Tortorella, he’s saying some encouraging things about his plans for Laine (“We are going to encourage him to be who he is, and I don’t think I want to turn him into something that he’s not,” Larsen told Columbus’ QFM96).

Bryan Rust, RW, Pittsburgh Penguins (ESPN rank: 110, my rank: 43): He still has direct access to Sidney Crosby, he’s proven his consistency alongside him and the Penguins will deploy him on the top line again when Crosby returns from a wrist ailment. He sits 51st for total fantasy points during the past two seasons.

FREE to play! Pick NFL winners straight up or against the spread and compete to win more than $14,400 in prizes!

Andrei Svechnikov, LW, Carolina Hurricanes (ESPN rank: 115, my rank: 65): Biggest contract in franchise history? Check. Establishing himself on the top line by the end of last season? Check. Still just 21 years old with his best years yet to come? Check. Speaking of total fantasy points during the past two seasons, Svechnikov is one spot ahead of Rust at 50th.

Zach Hyman, LW, Edmonton Oilers (ESPN rank: 129, my rank: 79): There is literally only one place in the NHL that Hyman could have gone to improve the outlook he had with the Toronto Maple Leafs. Hyman moves from the sunny pastures of winging the second-best fantasy scorer during the past two seasons to the even sunnier pastures of winging the best. His fantasy totals are suppressed by missing a bunch of time in each of the past two seasons, but he’s right where he should be for FPPG and playing with Connor McDavid (or worst-case scenario, Leon Draisaitl) will make him an ideal fantasy play.

Sleeper I will live by and die by

Nick Ritchie, LW, Toronto Maple Leafs (ESPN rank: not ranked, my rank: 124): I think Ritchie is the perfect fit to replace Hyman on the Leafs top line with Auston Matthews and Mitch Marner. He has the frame to play a physical game in the offensive zone, but also brings more offensive acumen to the table than Hyman did. If he keeps the role on the top line, a 30-goal, 30-assist breakout is in the offing. I will admit that when the opportunity presents itself, I would hedge this bet with a late-round pick of Michael Bunting.

Monday through Friday, host Pablo Torre brings you an inside look at the most interesting stories at ESPN, as told by the top reporters and insiders on the planet. Listen

Gustav Nyquist, RW, Columbus Blue Jackets (ESPN rank: not ranked, my rank: 191): Overlooked after missing all of last season recovering from shoulder surgery, Nyquist is exactly the kind of veteran leader the Blue Jackets will need near the top of the lineup this season. He’s by no means a Selke Trophy candidate, but Nyquist has enough defensive skill that he could be the right fit for Laine.

Bust concern I am avoiding in every draft this season

Jonathan Huberdeau, LW, Florida Panthers (ESPN rank: 12, my rank: 36): Without a doubt, Huberdeau proved he could anchor his own offensive line last season. Separated from Aleksander Barkov at even strength, Huberdeau still managed to finish 32nd among all skaters in fantasy points. I think he can do that again, even with new linemates (Alex Wennberg is gone and Patric Hornqvist is unlikely to stay in the top six). But pushing him any higher than the mid-30s doesn’t make sense unless he was getting back together with Barkov – but there is no indication that is a plan for the Panthers.