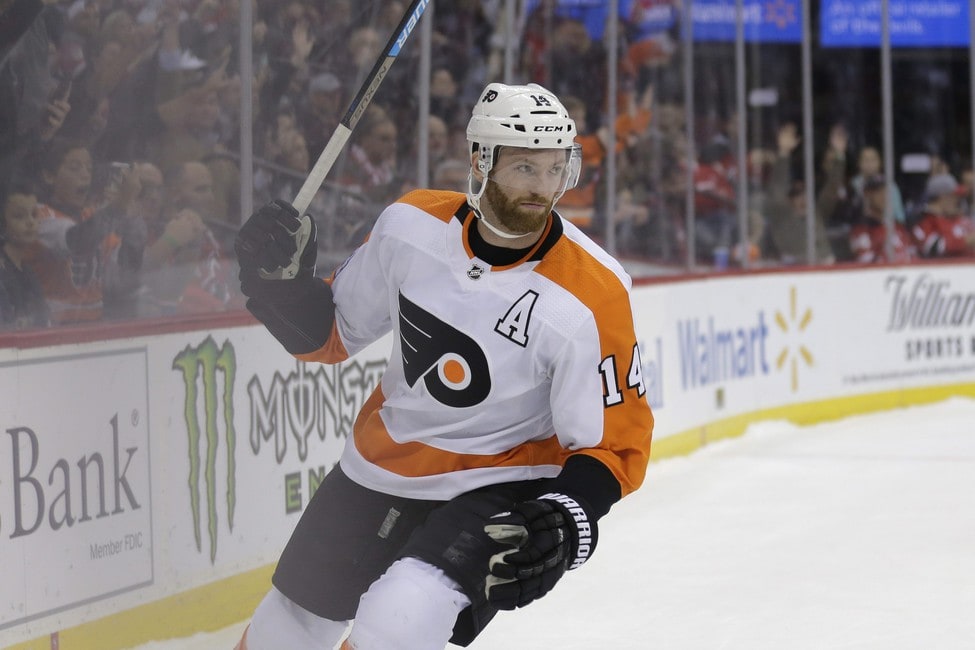 Philadelphia Flyers center Sean Couturier signed a contract extension last week that will keep him with the organization through the 2029-30 season. He has spent 10 years with the organization since he was drafted eighth overall in 2011 and expressed his joy about the possibility of being a Flyer for life after the extension was finalized.

His accomplishments are well-publicized. Over the past four seasons, he has developed into a legitimate first-line center with consecutive 76-point seasons in 2017-18 and 2018-19, and he has scored at a comparable pace over the past two shortened seasons. He was the 2020 Selke Trophy winner and is considered one of the top 200-foot players in the NHL.

What gets lost in the shuffle is that Couturier’s current contract, which will end after the 2021-22 season, and his extension offer the Flyers a ton of flexibility to assemble talented players without committing too much of their cap dollars to a top-line center. It is an uncommon luxury in the modern NHL.

Before the extension was announced, Charlie O’Connor of The Athletic speculated about the possible terms. He argued that Couturier would merit more money than Matt Duchene of the Nashville Predators or Logan Couture of the San Jose Sharks because he “blows both out of the water from a point production standpoint” and has an award to his credit (from “Sean Couturier’s past, present and future with the Flyers come to a head as he enters a contract season”, The Athletic, 8/25/21). O’Connor estimated that Couturier would earn roughly the same amount as Mark Stone of the Vegas Golden Knights in average annual value (AAV).

Yet, Couturier signed for a considerable hometown discount, acknowledging that his team will be tight against the salary cap in the coming seasons given their major offseason acquisitions. His $7.75 million AAV comes in short of the $8 million salaries of Duchene and Couture and doesn’t sniff the $9.5 million in AAV that Vegas gave Stone in March 2019.

Couturier will play out the final year of his six-year, $26 million contract in 2021-22 before the extension kicks in. His current $4.3 million AAV provided the Flyers with one of the best bargain deals in the NHL, which was signed in July 2015 when he was 22.

At the time, many thought he was overpaid. Couturier was nothing more than a solid third-line center. His best single-season point total was 39, and he had never shown he could regain the offensive skillset demonstrated in his days in the Quebec Major Junior Hockey League that made him worthy of the eighth-overall pick. Although his defensive game and analytics were tremendous, his offensive statistics simply didn’t justify the contract.

However, Flyers management was logical in their negotiations. They recognized Couturier’s value as a defensive-minded center who was strong in the faceoff circle and played valuable minutes on the penalty kill. They also knew that if his offensive game didn’t fully develop, he could still play a contributing role on the team. The $4.3 million cap hit would never be an albatross, even if it was somewhat high for a third-liner.

His breakout season finally came in 2017-18. Couturier finished second in the Selke voting to Anze Kopitar of the Los Angeles Kings and announced his arrival among the top tier of two-way centers who could provide top-line scoring. He allowed teammate Claude Giroux to transition from center to an effective winger. His ability to sustain that level of play has made the Flyers look incredibly shrewd, and their decision to lock up a young center on a long-term deal that would keep him through his prime before his offensive breakout paid off.

The obvious risk of an eight-year, $62 million extension that doesn’t begin until Couturier turns 29 is the uncertainty of the contract’s final years. In 2022-23, when the AAV climbs, Couturier will still, in all likelihood, provide the production of a top-line center below market value. Yet, almost all hockey players slow their production pace as they near the end of their careers, and he probably won’t be the same type of player by the time he enters his mid-30s and nears the end of his contract. However, he will still possess the same valuable qualities that the team took into consideration when they “overpaid” him with a $4.3 million AAV in 2015.

With a high hockey IQ, Couturier will provide value defensively at center even if his scoring totals drop. He already wears a letter as an alternate captain, and he will likely remain within the Flyers leadership group for the duration of his contract. Experienced players who are past their prime years often play a significant role in the Stanley Cup Playoffs.

Historically, inflation is another reason to believe the later years of the contract won’t hinder the Flyers financially. Comparable players like Kopitar and Patrice Bergeron of the Boston Bruins signed contracts that took up a significant percentage of their team’s salary cap space at the time. However, as the salary cap increased, their cap hit became more manageable.

Couturier has won the Bobby Clarke Trophy as team MVP in three consecutive seasons. He is playing like an elite NHL center at age 28. There is a lot to be excited about, both from an individual standpoint and a team standpoint, given his long future in Philadelphia. Hopefully, the Flyers will continue to enjoy the luxury of a first-line center at a value price.

Colin Newby is a freelance journalist from Delaware County, PA covering the Philadelphia Flyers for The Hockey Writers. He is an encyclopedia of useless sports knowledge with an uncanny ability to rattle off Flyers goaltending stats from 2004 and every Stanley Cup winner during his lifetime. The depths of his knowledge stem from spending his entire life following the Flyers and the NHL, from fan favorites like the Legion of Doom and Claude Giroux to no-namers like Andy Delmore and Branko Radivojevič. Colin is an also an editor/co-expert for Broad Street Buzz, a Philadelphia Flyers blog through FanSided, and an author of fictional sports stories.