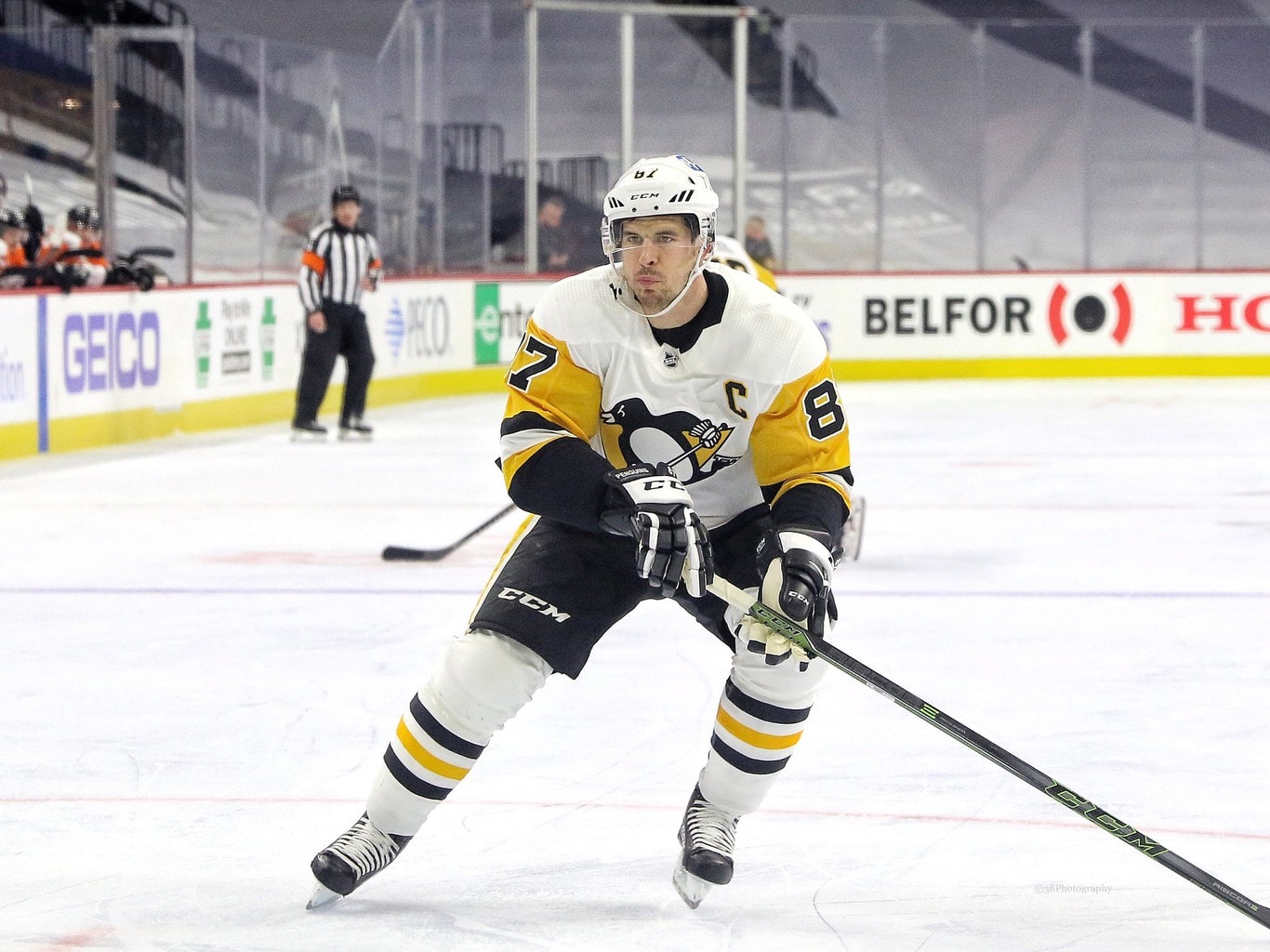 Welcome to Penguins News & Rumors, where we will look at the latest news surrounding Pittsburgh Penguins center Sidney Crosby. He will miss the start of the 2021-22 season after undergoing wrist surgery, and the franchise will begin the season without both him and Evgeni Malkin, who is recovering from knee surgery he had previously in June. The organization’s depth at the center position will be tested from the beginning this season, as other players on the Penguins will need to step up into bigger roles and be successful in order for the team to not get off to a slow start.

Crosby Expected To Miss a Minimum of Six Weeks

Crosby’s second surgery on his left wrist in as many years will keep the center sidelined for a minimum of six weeks, and his timeframe to return would be in mid-Oct., which would be a week after the season has started. He had surgery on the same wrist last offseason but did not miss any time in 2020-21 recovering from the procedure, as the NHL delayed the season until January. It is possible he misses more than six weeks in his recovery time, which would put the team in more of a bind for production among its group of centers without their two best forwards.

Without Crosby or Malkin to begin the season for the Penguins, the decision by general manager Ron Hextall to protect forward Jeff Carter from the Seattle Kraken Expansion Draft appears to be a wise decision in terms of the team’s depth at center. The veteran, who will be playing in his 17th season in the NHL, may not have the same ability to produce the numbers he did earlier in his career, but he has the experience to play a bigger role temporarily for the black and gold. The Stanley Cup championships he was a part of while with the Los Angeles Kings is a reason why he was acquired by Hextall last season at the trade deadline. He brings championship experience that the core of Crosby, Malkin and defenseman Kris Letang also possess during their careers with the Penguins.

What’s Next for the Penguins?

This is not the first time the Penguins will be missing Crosby and Malkin from the lineup, as both have a history of injuries throughout their careers. However, the organization seems to succeed or fail, depending on how productive the duo is. Without both of their star players, forward Jake Guentzel needs to rebound from his struggles last season. He has played on the same line with the Penguins captain and will likely now be paired with Carter as the roster currently looks. The first line will also include forward Bryan Rust, who is usually paired with Crosby unless head coach Mike Sullivan decides to change the lines due to the absence of the star players.

The depth at the center position includes Carter, Teddy Blueger, Evan Rodrigues, Dominik Simon and Michael Chaput. A center prospect with the Wilkes-Barre/Scranton Penguins, the American Hockey League (AHL) affiliate of the Penguins, could have a chance to make the opening night roster if he were to impress during training camp and the preseason. Hextall could trade for a center to increase their depth at the position or look to see if there are any free agent centers worth signing. Brian Boyle was signed to a professional tryout contract and has the opportunity to make the Penguins roster with the injuries to Crosby and Malkin.

The Penguins certainly have an obstacle in front of them without their two best players to begin the 2021-22 season. However, the team has players that will not be intimidated by the opportunity for a bigger role on the roster. Look for wingers Guentzel and Kasperi Kapanen to take advantage of the chance to lead the Penguins while Crosby and Malkin are sidelined.

Matt covers the Philadelphia Flyers and the Pittsburgh Penguins for The Hockey Writers. Matt’s priority is to contribute exceptional content about the Flyers and Penguins for THW and its readers. To see more of Matt’s writing, visit his portfolio. For interview requests, follow Matt on Twitter that appears at the end of articles for THW.