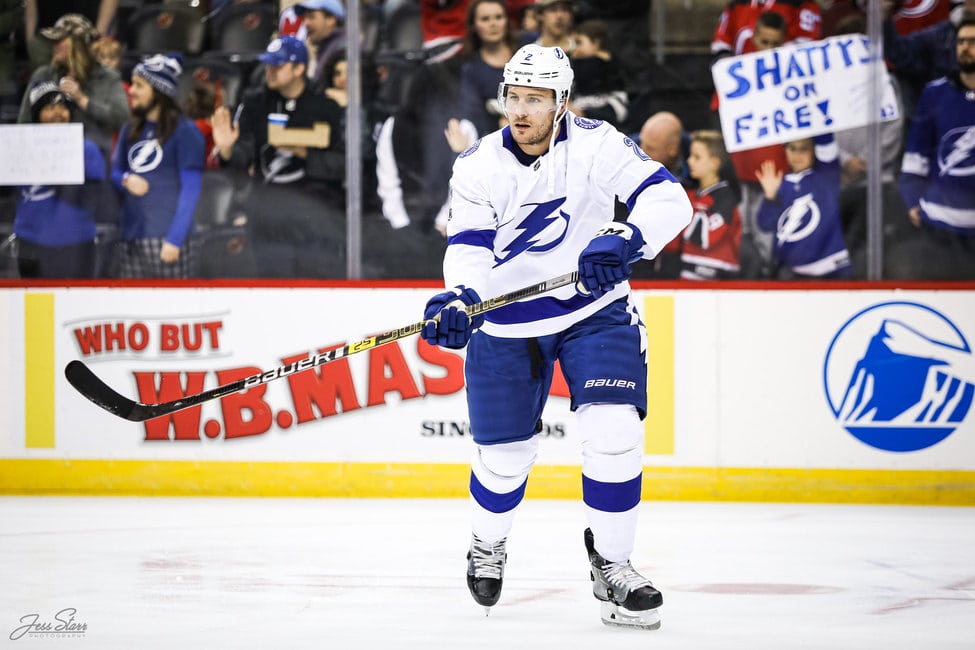 The Vancouver Canucks signing Luke Schenn this offseason may become the most underrated free-agent acquisition. The two-time Stanley Cup winner should help the Canucks return to the playoffs. He is already a fan favourite and will be a valuable piece of the team on and off the ice throughout the season.

On Jan.16, 2021, the Canucks traded Michael Del Zotto to the Anaheim Ducks for Luke Schenn and a seventh-round pick. The team was set to miss the playoffs for the fourth consecutive season, so the move flew under the radar. Schenn had only played eight games in a forgetful season. Once he arrived in Vancouver, however, his season changed.

Schenn played 18 games and helped solidify their defensive structure. He also helped the penalty kill, playing 23:40 while only being on the ice for one goal against. He also set the franchise record with 12 hits in a game. His most important contribution to the team, however, was playing alongside Quinn Hughes.

Hughes played five games with the Canucks during the 2018-19 season and spent most of his time partnered with Schenn. Both were top-ten picks in the draft, so Schenn understood the pressure of being a high draft pick. He stood up for Hughes by taking on opponents who tried to take liberties with him and became the anchor on that pairing, which allowed Hughes to take offensive chances.

The pair ended the season with a positive plus-minus rating and established such a bond that Hughes was excited to find out Schenn was returning to the club after a two-year absence. These types of relationships are important to the development of young players. Having someone in the room they trust can go a long way in helping the team succeed and, hopefully, will do so again.

During Schenn’s two seasons with the Lightning, he was a fill-in, bottom-pairing defenseman who played third-pairing minutes, averaging 11:26 per game, and on the penalty kill. He played a similar role to the one he had in Vancouver as he was partnered with another young superstar, Mikhail Sergachev, and was not afraid to stand up for his teammates. Although they did not play every shift together, head coach Jon Copper was confident putting them together. In 197 minutes together last season, they had a plus-2 rating and a 55.28 Corsi for percent.

Schenn also made his partners better at even strength. When he wasn’t partnered with Sergachev, the latter’s Corsi for percent dropped to 49.49. It was the same with Victor Hedman. In 66:25 of ice time together last season, the two had a 55.26 Corsi for percent. Without Schenn, Hedman’s Corsi dropped to 52.92 percent. Finally, without Schenn, Ryan McDonagh saw a decrease from 52.70 percent to 51.71 percent.

Most importantly about his time in Tampa Bay is that Cooper trusted him in the regular season and in the playoffs. Schenn played 19 playoffs games in the past two seasons and had a positive Corsi rating in both. His ice time was low at 10:11 per game, but he found time on the penalty kill during both Cup runs. The Lightning’s blue line is deep. That Copper kept putting him out there is an indication of how reliable he is.

What to Expect From Schenn This Season

There are no real expectations for Schenn heading into the season. He will be the team’s seventh defenceman and should see action if an injury occurs. Last season, the team had 28 man-games lost to injury on defence. The only defenceman to play every game was Hughes. There will be an opportunity to jump in the lineup this season, and Schenn is the perfect player to fill the void.

Signing Schenn should be a home run. He is only signed for two years at an affordable $850,000 AAV. If they need to, the Canucks can trade him at the 2022-23 trade deadline for assets, or he may play so well it makes another defender tradeable. This is one time when Canucks fans can say, “Thank you, Jim.”