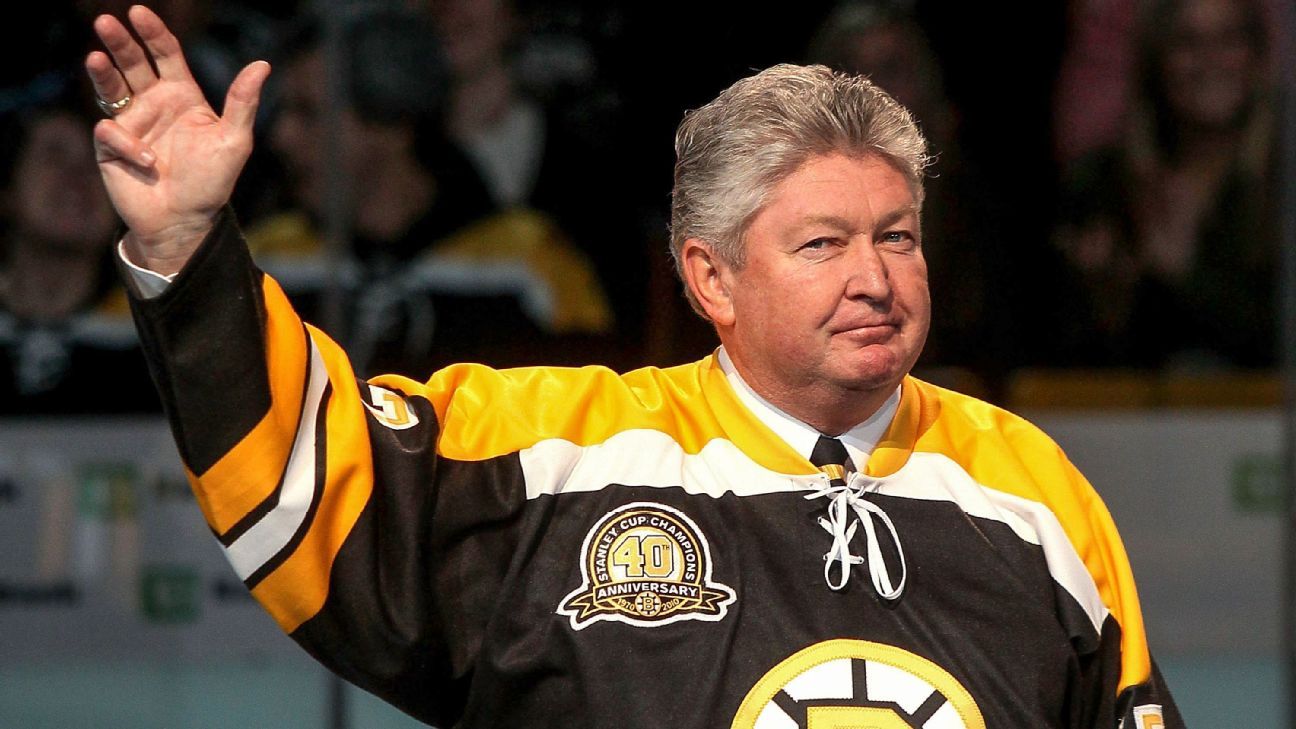 Former Boston Bruins center Fred Stanfield, the mild-mannered sidekick to Bobby Orr on the high-scoring teams of the early 1970s, has died. He was 77.

Stanfield died Monday and the Bruins announced his death Tuesday. A cause of death was not given.

A native of Toronto, Stanfield played six seasons in Boston, helping the Bruins win the Stanley Cup in 1970 and 1972 as the No. 2 center behind Phil Esposito. He was acquired from the Chicago Blackhawks in 1967 as part of one of the most famous trades in NHL history, swapped along with Esposito and Ken Hodge for Gilles Marotte, Pit Martin and Jack Norris.

The Bruins are saddened by the passing of two-time Stanley Cup champion Fred Stanfield.

We are keeping his family, friends, and teammates in our thoughts.

Stanfield finished his career with 211 goals and 405 assists for 616 points in 914 games for the Blackhawks, Bruins, Minnesota North Stars and Buffalo Sabres from 1964 to 1978. He added 21 goals and 35 assists in the playoffs.

Stanfield centered Boston’s second line between Johnny Bucyk and Johnny McKenzie and manned one of the points alongside Orr on the team’s proficient power play.

Stanfield scored 20 or more goals in all six of his seasons with the Bruins, his best showing coming in 1971-72 when he notched 79 points (23 goals, 56 assists) in 78 games. He added seven goals and nine assists during the playoffs to help lead the Bruins to the Cup.

In six seasons playing together, Stanfield, Hodge and Esposito combined for 650 goals and 925 assists for 1,575 points. Stanfield’s totals were 135 goals and 274 assists for 409 points.

Stars add assistant coaches, re-sign backup goalie Wedgewood
Have your say: What should the Leafs do with William Nylander?
3 Free Agents the Wild Can Pursue to Strengthen Power Play in 2022-23
After a Stanley Cup, Conn Smythe and Norris Trophy, what’s next for Cale Makar?
Sabres’ Have 3 Good Options at 16th Overall in 2022 NHL Draft