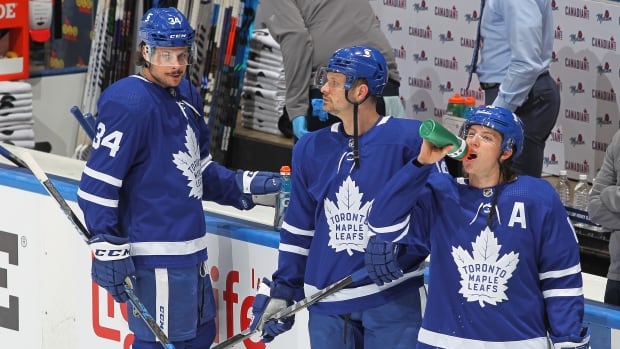 Deputy Commissioner Bill Daly said Thursday the NHL expects 98 per cent of players to be fully vaccinated against COVID-19 by the start of the season.

The league projects that only between 10 and 15 of roughly 700 players will not be vaccinated by the time the season begins Oct. 12. The league and NHL Players’ Association did not impose a vaccine mandate on players, but restrictions — including the potential of not being able to cross the border from the U.S. into Canada without a lengthy quarantine — contributed to the number.

“We weren’t really trying to convince each other one way or the other,” Los Angeles defenceman Drew Doughty said. “But then I think when the NHL released that statement that you lose pay and stuff like that, that kind of changed some guys’ minds.”

Teams will be able to suspend unvaccinated players without pay if they cannot participate in hockey activities as part of the protocols, which could include games in Canada since Daly confirmed there is no exception in this case for the country’s quarantine rule. Fully vaccinated players will have any COVID-19 positives treated as hockey injuries and still be paid.

“I think that’s been an incentive and a motivator for most players to to become fully vaccinated, even if they had concerns about it,” Daly told The Associated Press at the league’s annual player media tour. “But it was intended to be that.”

Three teams — Calgary, Toronto and Carolina — have confirmed all their players are vaccinated, and Philadelphia expects to be at 100 per cent soon.

Coaches and staff must be vaccinated as a condition of employment. Columbus recently replaced assistant coach Sylvain Lefebvre because he declined to be vaccinated.