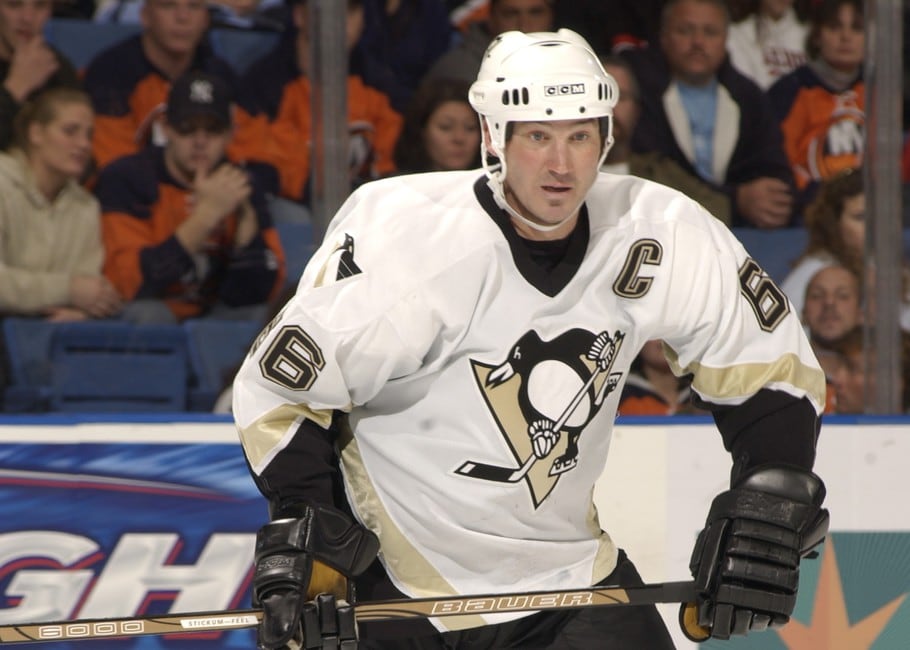 Similar to other sports leagues, the NHL has been lucky to have some of its greatest players and biggest names play in the same era. The 1950s had Gordie Howe and Maurice ‘Rocket’ Richard. Bobby Hull, Frank Mahovlich, and Stan Mikita headlined the 1960s while Guy Lafleur and Phil Esposito dominated the 1970s. Even in the 21st century, Sidney Crosby and Alex Ovechkin have dominated the league since debuting in 2005.

Related: The Best NHL Players of All-Time, by Decade

For as good as those decades were and have been, the 1980s and 1990s may top them all. In those decades, Wayne Gretzky and Mario Lemieux, two of the top-10 players to ever play, led the sport. And, for as good as they were in all matchups, on 25 occasions the two faced each other, establishing the pinnacle of elite competition.

From the 1984-85 season through 1998-99, Lemieux’s first and Gretzky’s last, Gretzky’s teams and the Pittsburgh Penguins played each other 44 times. However, at least one of them was absent for 43 percent of the games and they faced each other just 25 times, all in the regular season.

Injury absences included two games when neither were in the lineup. Once on Dec. 3, 1992, when Gretzky’s Los Angeles Kings beat the Penguins 5-3 and on March 21, 1999, when the New York Rangers and Penguins played to a 2-2 tie.

Additionally, on 17 occasions either Lemieux or Gretzky missed the game while the other played. Generally, it was Lemieux who was absent, missing time with back problems, hip injuries, and Hodgkin’s Lymphoma.

These wins included only one of the six matchups during Pittsburgh’s back-to-back Stanley Cups in 1991 and 1992. With only four wins without Lemieux, the Penguins also only won one of the two games Gretzky missed when Lemieux played.

Of the eight games Pittsburgh won with Lemieux in the lineup, one occurred with Lemieux going pointless and one when he registered a single point. Meanwhile, they won six games when he had two or more points and all four when he had at least four points including a five-goal, seven-point effort on March 26, 1996.

Conversely, they had two wins when Gretzky went pointless and three when he had exactly one point. They also managed four wins when Gretzky scored at least two points including a three-assist night on Jan. 12, 1985.

Lemieux had a stretch of eight games between March 7, 1986, and Feb. 19, 1988, in which he registered at least one point. The Penguins went 1-7 in those games. He also went pointless in three of the final four meetings he played in, perhaps an indicator of the pain he played through.

Gretzky Truly Was the Great One

The more durable of the two, Gretzky played in 40 of the 44 matchups. His teams won 27 of the 44 games including 25 of the 40 Gretzky laced-up for. By team, the wins breakdown is: 13 by the Kings, 8 by the Edmonton Oilers, and 6 by the Rangers. The Kings also won one of the two games that neither played in and one of the two when only Lemieux played.

Although Gretzky had six scoreless games and Lemieux had five, neither of them went pointless in the same game. At the opposite end, there were seven games when each player registered at least two points.

On two occasions they combined for eight points, once when Lemieux had his seven-point game (listed above) and Gretzky had one point and a second time on Oct. 31, 1989, when Gretzky had a hat trick along with three assists and Lemieux registered two points.

2 Players at the Top

Gretzky is widely regarded as the greatest player in NHL history and holds nearly every possible offensive record. Lemieux has the second-highest points-per-game rate in history and appeared in less than 1,000 games but remains one of the best to ever play. It’s not surprising that both played at a high level against each other when their teams were generally competitive.

In general, how each played against the other doesn’t compare to how well they did against other franchises or to how well Gretzky performed against the Penguins before Lemieux arrived in 1984. For example, Gretzky’s 239 points in 179 games against the Vancouver Canucks are his highest against one team and the highest by any player against the Canucks.

Lemieux scored the most points against the New Jersey Devils with 135 points in 74 games, the most scored against the Devils franchise. Against the Penguins for his career, Gretzky totaled 124 points in 57 regular season games, the most by any player against Pittsburgh. That is equal to 2.17 P/G, lower than when playing against Lemieux’s Penguins.

From the mid-1980s through the 1990s, Lemieux and Gretzky were at their peaks facing off as the best players in the league at the time and they didn’t disappoint. The only was the matchups could have been better was if they played each other more often, their games hadn’t occurred near the end of Gretzky’s career, and if Lemieux had been healthy for more of the meetings.

If you enjoyed reading about how Lemieux and Gretzky fared head-to-head or if there are other matchups you’d like to read about, let me know in the comments below. Thank you

*All stats came from Hockey-Reference

My name is Kyle, and I’m the content manager of The Hockey Writers. I joined THW in Oct. 2017 and am always striving to bring you the best hockey coverage possible. You can email me directly at kyle@thehockeywriters.com.