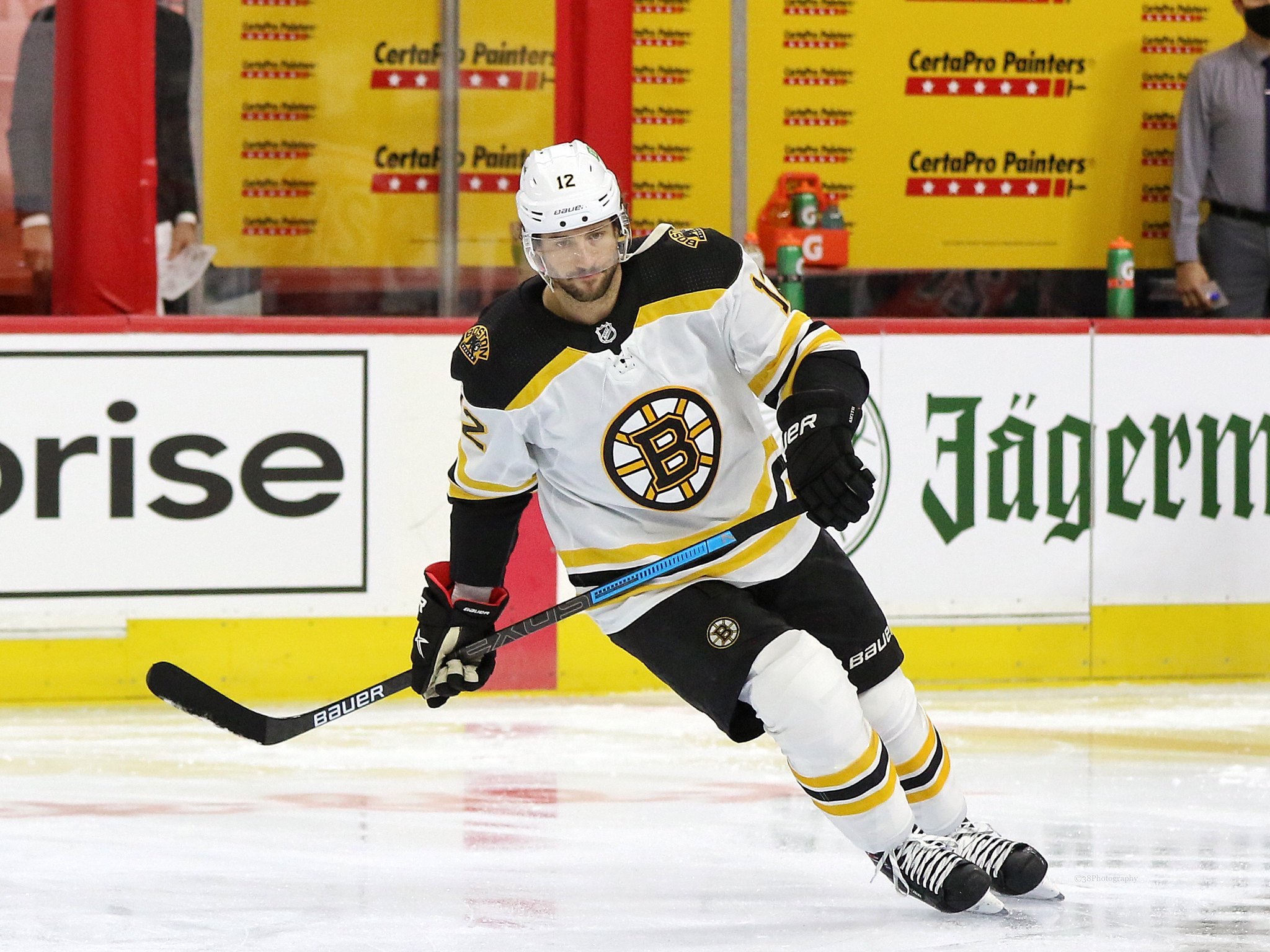 As the NHL goes back to a normal 82-game schedule for the 2021-22 season, several Boston Bruins are closing in on achievable milestones for the coming season. Some veteran players, some newly acquired players and even some young players are all closing in on personal feats this season. Here is who could be adding milestones to their resume this season.

The captain recently said that he was going to play out the final year of his contract before thinking about his next move, but the 36-year-old is 25 goals away from 400 entering his 18th season. In five of his last six seasons prior to the 56-game shortened 2021-22 season, he scored over 30 goals. Bergeron is also 16 power play points away from 300.

Unless something happens, Bergeron will come close, if not pass the 400-goal mark for his career. It’s not out of the question either that he could win his record fifth Selke Trophy this season. He has been nominated for the last 10 years and it would not surprise anyone to see his name as a finalist again.

Bergeron’s left wing has two milestones that he is closing in on and that are achievable this season. He is four assists shy of 400, which is reachable in the first month of the season. The second one he will be close to achieving if he remains healthy.

In his second season with the Bruins, the former Nashville Predators forward has three milestones within reach. He is 13 assists shy of 200, while he is 25 goals away from 200. In five of his nine seasons with the Predators, he scored at least 20 goals, with his career-high being 25 in 2017-18. Last season in 54 games he scored 13 for the Black and Gold.

The final milestone for Smith would be collecting his 400th career point, which he is 38 away from achieving. Playing on the second line with Taylor Hall and a new center, there is no doubt that at least two of the three can be achieved this season. Will he have enough in the tank for 25 goals? That’s the question for him to record all three.

After signing with the Bruins in July, the former No. 1 overall pick of the Edmonton Oilers in the 2010 Entry Draft is closing in on three milestones. He is 20 games played away from 700 and four points away from 600 as he begins his 12th NHL season.

Hall is 32 assists away from 400 for his career and in six of his first 11 seasons, he has eclipsed 32 assists or more six times. His career-high was 54 in 2017-18 when he won the Hart Trophy with the New Jersey Devils. In 16 games with the Bruins following last April’s trade, he had eight goals with six assists, and the Bruins hope to continue to get the Boston Hall, as opposed to the Buffalo Hall, who had two goals and 17 assists in 37 games.

This is a big season for Coyle as he heads into training camp fighting for the second-line center spot left open when David Krejci decided to continue his career in his home country of the Czech Republic. He heads into the season 14 assists away from 200 for his career, which should be a reachable milestone.

One of his milestones should be quickly achieved for the Bruins’ top defensemen, with the second requiring him to stay healthy. Becoming one of the top blueliners in the NHL, McAvoy is two assists short of 100 as he enters his fifth season in the league. It would be surprising if this is not eclipsed in the first couple of weeks. He also enters the season 65 games away from 300 in his young career.

Before the Bruins traded for Hall and Curtis Lazar from the Sabres, they traded for Reilly from the Ottawa Senators for a draft pick. He was a welcomed addition to the defense and signed a three-year contract to remain in Boston this summer. He has two milestones that are well within reach.

Reilly is 20 assists away from 100 for his career and 41 regular-season games away from playing in his 300th. The 28-year-old can slide up and down the defensive pairings, something that Bruins hope they don’t have to do too much this season after being hit hard by injuries in last season’s shortened campaign.

Of the three free-agent forward signings in July, Haula has three milestones that he could reach in his first season with the Bruins. He is six goals away from 100 and four points from 200. His final one is one that will take some time to achieve as he is 44 regular-season games away from 500 as he enters his ninth season.

Entering his 15th season, Foligno has three reachable milestones in 2021-22. He is 14 points away from 500 and 17 assists from 300. Barring an injury, he is 43 games played away from 1,000 in his career, with 599 of those being played over nine seasons with the Columbus Blue Jackets.

After not making the roster last season out of training camp, Clifton played in 44 regular-season games because of injuries to the defense. This season, he is expected to be the third right-shot defensemen to begin the season, and the 26-year-old who played at Quinnipiac University is six games shy of 100 in his career. That number should be eclipsed without a problem.

Overall, the Bruins will be on milestone watch in the 2021-22 season. There is no doubt that some of them will be reached, while some might not. There is also the possibility that it comes down to the end of the season for some to be achieved. Regardless, there is no shortage of milestones to be reached for the Black and Gold this season.

Scott Roche covers the Boston Bruins for The Hockey Writers. A frequent user of the Oxford comma. Scott has been a sports writer for 25 years for different sites and daily newspapers. Writing started out as a hobby, but it has become a passion for Scott over the years.