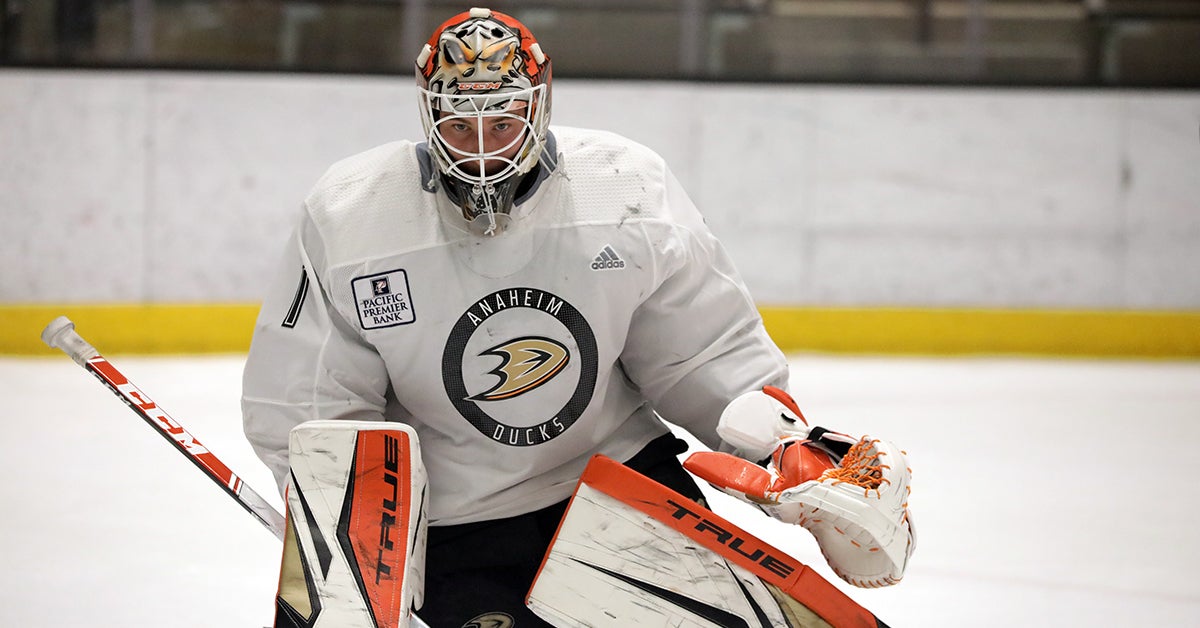 IRVINE, Calif. — The first days of Anaheim Ducks Training Camp included plenty of drills, a study of new systems and terms, and the same joy experienced during those early days of school.

“It’s been great,” goaltender Olle Eriksson Ek said. “Nice to be back and see everyone. It’s a lot of familiar faces and some new ones, too. It’s like going back to school; you’re a little nervous going in but when you’re here, it’s really fun to be here and see everyone.”

The feeling is shared among the organization’s band on netminders. There’s six goalies among the many players at camp, with five attending previous iterations of the annual fall get together. At the head of the pack is John Gibson, a San Diego Gulls alum and the undisputed leader in the crease. Anthony Stolarz, who rediscovered his game during an All Star 2019-20 season with the Gulls, will presumably serve as his backup when the Ducks begin their season on October 13.

Rounding out the group is a quartet of young goalies – Lukas Dostal, Eriksson Ek, Roman Durny and Gage Alexander. The latter is the newest to join the fold, a fifth-round selection in this year’s NHL Draft.

The six spent the first few days trading time in the crease and, for the young players, acquiring as much information as possible from veteran like Ryan Getzlaf.

“You get those NHL shots and you spend the time with the guys, it’s an awesome experience,” Dostal said. “I’m just trying to get as much as I can from it, working on myself, working hard and improving every single day.”

The Brno, Czech Republic native enters this camp riding the high of a fantastic rookie season in the American Hockey League. Dostal grabbed the net early for the Gulls, stopping 29-of-30 shots for a win in his AHL debut, becoming the youngest netminder to post a win with the Gulls (20 years, 233 days) on February 5 against the Bakersfield Condors. The winning ways continued, as he posted a five-game win streak from Feb. 5-17 with a 2.00 GAA and .950 SV% to begin his career, becoming the first San Diego netminder to win each of his first five starts with the club (5-0-0). He would later set a Gulls rookie record with an eight-game winning streak (8-0-0) from Mar. 31-Apr. 30.

Dostal’s playoff performance garnered attention around the league. Despite falling in three games to the Condors, the rookie turned in big save after big save and finished a .935 save percentage.

“It was a good season,” Dostal said, downplaying his stellar debut. “Obviously, it didn’t up as we all wanted. When I look back, I think it was a good start over here. Just try to continue going.”

He entered training camp with one simple goal.

“Stop more pucks,” he said, laughing at the simple – and obvious – answer. 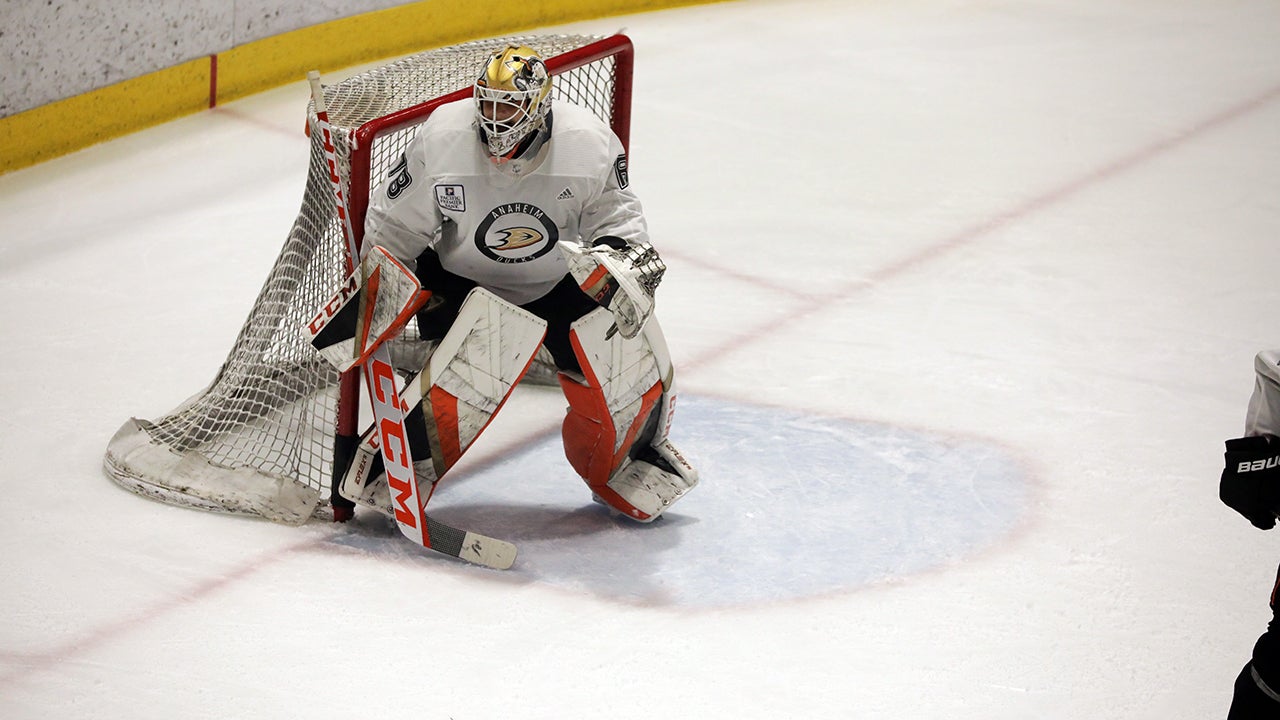 While he didn’t generate as many headlines as his fellow rookie counterpart, Eriksson Ek enjoyed his own moments of success in the AHL last season. The Karlstad, Sweden native stopped 39-of-41 shots for his first career AHL win in his first game to become the second youngest goaltender to win a game for San

With the experience under his belt, he returned home to spend time with family and friends. He admitted to only reflecting on his 2020-21 season for a week before shifting to offseason training and preparing for camp.

“Just try to be better every day and compete,” he said when asked about his personal goals. “We’re a young team in San Diego, so just try to get better every day. Hopefully we have a real playoff and make a run there, too.”

Tomorrow kicks off Anaheim’s Fly Together Weekend, with the team holding a full team intrasquad scrimmage presented by FRESH N’ LEAN at 11 a.m. PT. There is a suggested $5 donation to the Anaheim Ducks Foundation for fans attending. A reminder that California state mandates require proof of vaccination or a negative COVID-19 test within 72 hours of the event date.