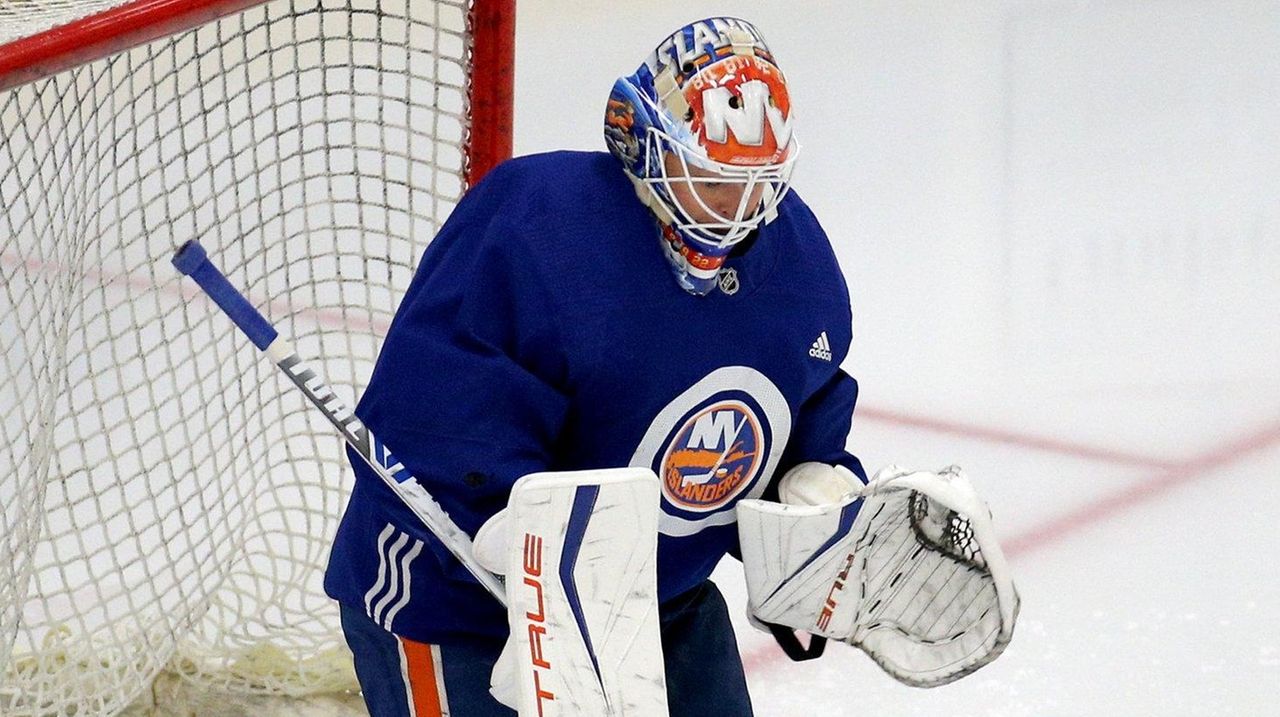 PHILADELPHIA — Cory Schneider did not log a minute last season for the Islanders and, if all goes according to plan, he’ll remain the organization’s third goalie option behind Semyon Varlamov and Ilya Sorokin while dressing for its AHL affiliate in Bridgeport.

But Schneider, the Devils former No.1 netminder before hip injuries slowed his career, wants to prove he can still contribute in the NHL. He stopped 10 of 11 shots in 24:24 in his preseason debut as the Islanders beat the Flyers, 3-2, in overtime on Tuesday night at Wells Fargo Center.

“About a year and a half out since my last [NHL] game, so I’m feeling pretty fresh right now, not a lot of wear and tear,” Schneider said in his first public comments as an Islander. “There were some injuries along the way and it takes time to come back from them and to get your confidence back. Sometimes you feel like you’re not there 100% or you’re not sure you can do the things you used to be able to. I think that’s behind me now.”

Schneider moved quickly to his left to stop Sean Couturier’s power-play one-timer from in-tight 57 seconds into the second period, then denied Claude Giroux on an odd-man rush at 4:51 before defenseman Egor Zamula gave the Flyers a 1-0 lead with a rising, short-side wrister from the left point at 5:14.

The Devils bought out the final two seasons of Schneider’s seven-year, $42 million deal on Oct. 8, 2020 and he’s now on his second, one-year deal with the Islanders.

Last season, when teams could keep an extra goalie on a taxi squad, Schneider dressed as a backup for the Islanders seven times in the regular season and once in the playoffs without entering a game. He played two games for Bridgeport, allowing eight goals on 43 shots.

“I felt good at the end of last season and in camp so far,” Schneider said. “You never know what’s going to happen throughout the course of a long season. Even though it’s an exhibition game, it’s still a big game for me.”

Notes & quotes: Defenseman Bode Wilde, the lone player in the Islanders’ organization not to receive a COVID-19 vaccination, was loaned to Vasterviks IK of Sweden’s second-tier HockeyAllsvenskan … Defenseman Adam Pelech tied the game at 1-1 at 8:34 of the second period with a short-side wrister from the left … Defenseman Noah Dobson set up Pelech’s goal, then gave the Islanders a 2-1 lead on his power-play goal from the blue line at 6:27 of the third period. He also had the assist on Anthony Beauvillier’s winner 22 seconds into overtime. Beauvillier also had two assists … Ken Appleby relieved Schneider and made 15 saves … Top prospects Aatu Raty (two shots) and defenseman Robin Salo (two shots, four blocked shots) played well again in their second straight games.

Andrew Gross joined Newsday in 2018 to cover the Islanders. He began reporting on the NHL in 2003 and has previously covered the Rangers and Devils. Other assignments have included the Jets, St. John’s and MLB.