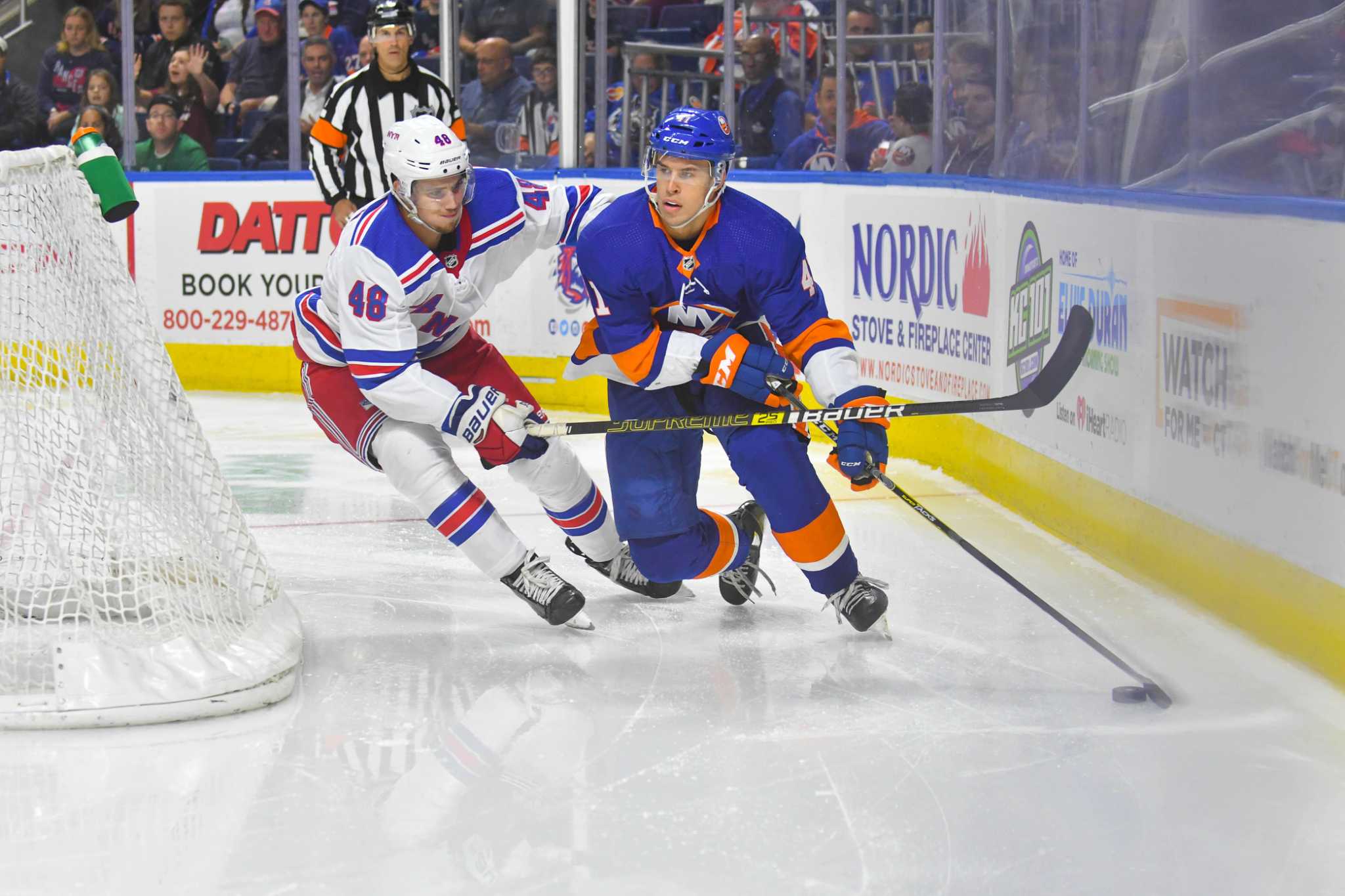 Transitions to a new era are everywhere except on the NHL roster, which is probably a good thing for the New York Islanders organization — the NHL club, after all, is a Stanley Cup playoff semifinalists the past two seasons.

That team moves into UBS Arena in Elmont, N.Y., in November. Their AHL team in Bridgeport has a new name and a peace with the city that would keep the team here for a decade. Renovations to their own arena are on, even if some might not yet be obvious to the paying customer.

The paying customer, by the way, is most welcome again.

After a concert this week, Webster Bank Arena hosts the New York Islanders’ three preseason games on Saturday, Tuesday and Oct. 9, the first open-to-the-public sporting events at the 20-year-old barn since the world shut down on March 11, 2020.

“Honestly I don’t think there’s a better way to start our sports season here, with one of the hottest teams in the NHL opening up what’s going to be one of the best venues in the country in less than two months,” Bridgeport Islanders president of business operations Brent Rossi said.

“These are the first three sporting events at the facility for us. (There’s) a lot of excitement to be able to host these three games.”

Tickets for Saturday afternoon’s preseason game against the New Jersey Devils started at $45 and ran to $90 on Ticketmaster. For Tuesday against the Philadelphia Flyers, they ranged $30-75. And for the New York Rangers game on Oct. 9, they ran $65-85 (with no $115 tickets on the glass available). The Rangers game had fewer seats available than the other two but still had plenty.

The AHL team, which shares the same ownership with the NHL team, played a truncated final season under the Sound Tigers name earlier this year, 12 home games in a building mostly empty except for scouts and staffers. It became the Bridgeport Islanders in May.

“I don’t think the fans didn’t understand or didn’t know our affiliation,” Rossi said, and only a handful of AHL teams have been in the same place with the same affiliation longer, “but it really shows the connection between the Big Club and Bridgeport.”

The new name in Bridgeport and new arena in Nassau County (still under construction, with its first game set for Nov. 20 after the New York Islanders spend a month on the road) have been part of a push for the organization to market itself in Connecticut and Westchester County.

The parent club declined to give more-specific numbers and don’t break down their Connecticut sales by county, but season-ticket sales from Westchester and Connecticut are up 80% year over year as they move from Nassau Coliseum to UBS Arena.

“The more access we can give people in this area, the more they get the New York Islanders logo out there, with opportunities to expose Islanders hockey, that interests us,” Rossi said.

An agreement with the city ends an extended contentious relationship and keeps the AHL here another 10 years while renovating the arena.

Much of the early work is on back-of-house things like the HVAC system and air filtration, Rossi said, but more “fan-facing” stuff is to come.

Things may be a little different now, with more talk of sanitizing and easing fans’ passage through COVID-19 protocols on the way into the building. But he’s hopeful these preseason games can build some momentum into an AHL season. The home opener is Oct. 23.

“The focus has been on every touchpoint we have with fans, from the second they leave their house to when they leave our venue. We want to dissect each touchpoint,” Rossi said, things like traffic control, parking.

“We want them to come in and feel at home here.”

The COVID-19 policy for the preseason games matches those for Bridgeport Islanders regular-season games. Fans 12 and over must show proof of one of three options: that they are fully vaccinated (two weeks after their final dose, depending on the vaccine), of a negative rapid antigen test taken within six hours of faceoff, or of a negative PCR test taken within 72 hours of game day.

Those requirements don’t apply to fans 11 and under, but fans of all ages must wear a mask.

WILDE TO SWEDEN: The New York Islanders assigned Bode Wilde to Vasterviks IK in Sweden’s second division. General manager Lou Lamoriello said last week the team wouldn’t carry players on Long Island or in Bridgeport who had not been vaccinated against COVID-19.