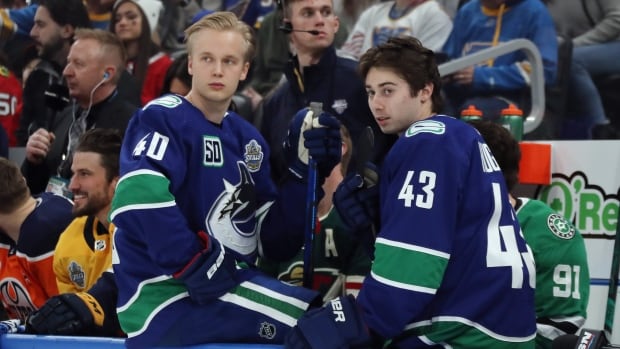 Pettersson reportedly signed a three-year deal worth $7.35 million US a year, while reports say Hughes signed for six years at $7.85 million a year.

The deals have yet to be confirmed by the Canucks.

Pettersson quickly earned a reputation as a dynamic, high-scoring forward after entering the league in 2018 but a hyperextended wrist limited the 22-year-old to just 26 appearances and 21 points (10 goals, 11 assists) last season.

News of the deals comes more than a week after the Canucks opened training camp in Abbotsford, B.C.