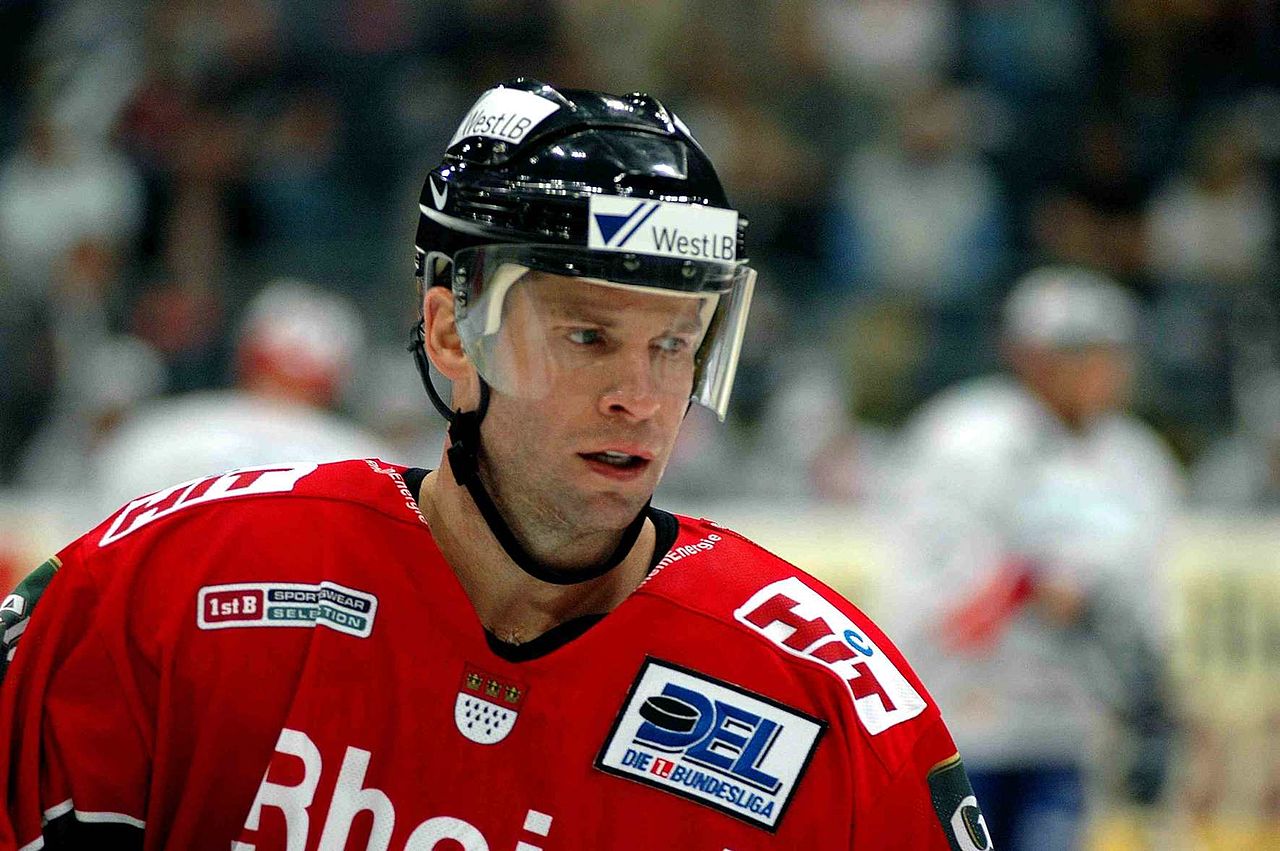 The Winnipeg Jets — both 1.0 and current incarnations — have had a number of players who had one excellent season but never came close to replicating it or stuck around with the team long after it. Today, we’ll revisit some players who were “one-hit” wonders.

The criteria used to determine if a player is a “one-hit wonder” are:

Son of slap shot inventor Bernie “Boom Boom” Geoffrion, Dan Geoffrion played 78 games for the Jets in the 1980-81 season — a campaign in which the team only won nine games — after being acquired from the Montreal Canadiens. He did his damnedest to spark the offence, scoring 20 goals and finishing fifth on the team with 46 points.

Geoffrion was a first-round (eight overall) pick of the Habs in the 1978 NHL Amateur Draft but didn’t enjoy the same long career his father did.

After playing one game for the Jets in 1981-82 following his strong campaign, he was sent to the Tulsa Oilers, their Central Hockey League affiliate, and never returned to the NHL.

He spent 1982-83 with the Jets’ AHL affiliate in Sherbrooke, recording 76 points, before calling it quits.

Fenton, an undrafted left-winger hailing from Springfield, Massachusetts, had the best season of his career with the Jets in 1989-90, when he recorded 50 points. That was an improvement of 27 from the season prior, his first with the team after being acquired the Los Angeles Kings on Nov. 25, 1988.

After his 50-point season, though, Fenton played just 14 more games for the Jets before they traded him to the Toronto Maple Leafs on Nov. 10, 1990 for Ed Olczyk and Mark Osborne. He retired after the 1991-92 season.

Recently, he served as the general manager of the Minnesota Wild for one season, being hired on May 21, 2018 and being fired on July, 30, 2019. Prior to that, he acted simultaneously as the Nashville Predators’ assistant GM and Milwaukee Admirals’ GM.

After he’d played two seasons with the St. Louis Blues to begin his NHL career, the Jets acquired Russian centre Igor Korolev during the 1994-95 season.

Korolev’s short time in Winnipeg was productive. He recorded eight goals and 22 assists in 30 games down the stretch in 1994-95 and notched 22 goals and 29 assists for a career-high 51 points in the Jets’ final season prior to relocation to Phoenix.

He had some excellent linemates at his disposal, to say the least: during his one full season, he skated on a line with Teemu Selanne and Alexei Zhamnov.

After a short stint with the Coyotes, Korolev played for the Toronto Maple Leafs and Chicago Blackhawks before returning to Russia to suit up for Lokomotiv Yaroslavl, Metallurg Magnitogorsk, and Atlant Mytischchi.

Korolev retired after the 2009-10 season and became an assistant coach with Lokomotiv Yaroslavl thereafter. Tragically, he was killed in the Sept. 7, 2011 Lokomotiv Yaroslavl plane crash that took the lives all but one of 45 people on board. He was 41.

Dave McLlwain is notable for a few reasons. One: he has five consonants to begin his last name.

Two: He is one of just four players in NHL history to play for four teams in one season (the Jets, the Buffalo Sabres, the New York Islanders, and the Toronto Maple Leafs in 1991–92.)

Three: He is the Jets/Coyotes franchise’s all-time leader in shorthanded goals in a single season with seven in 1989-90.

1989-90 was McLlwain’s third NHL season (he was drafted by the Pittsburgh Penguins in 1986), one of two full ones with the Jets, and the most productive of his career. He scored 25 goals and had 51 points for the team that qualified for the playoffs but fell in the first round.

The next season, his production dropped by more than half to 25 points. He played three games with the Jets to begin the 1991-92 season before being traded to the Sabres, which kicked off the four-team whirlwind tour we mentioned above.

“The Jets are convinced McLlwain will never again be a 25-goal man,” wrote Winnipeg Free Press hockey writer Dave Supleve in the wake of the trade.

They were right. He never scored more than 17 in a single season thereafter.

By 1997, after bouncing around a bunch, McLlwain took his talents to Europe and played there through the 2008-09 season, spending nine straight years with the DEL’s Kölner Haie of Cologne, Germany to cap his career.

A month prior to the Jets’ inaugural season, they signed Kyle Wellwood to a one-year contract worth $700,000. The former Leaf, Canuck, and Shark was well-worth the money GM Kevin Cheveldayoff paid, as he recorded a career-high 47 points, logged 14:57 per game (also a career high) and won 54 percent of his faceoffs.

Wellwood was re-signed to a one year contract prior to the 2012-13 season worth $1.6 million, but the return on investment for the right-handed centre wasn’t nearly as good. His point total dropped to a paltry 15 in 39 games and his ice time dropped to 12:59. He was still strong in the dot, though, winning 55.1 percent of his draws.

After that season, the Jets let Wellwood walk. He had a brief stint with the Swiss NL’s EV Zug before retiring.

Michael Frolik, acquired in June 2013 from the Cup-winning but salary-shedding Chicago Blackhawks, was the careful Cheveldayoff’s first major trade at the Jets’ helm.

The move was seen as a good one that would greatly improve the Jets’ depth on the wing. They didn’t have much as years of incompetent drafting by Atlanta Thrashers’ management meant their cupboards were completely bare.

A versatile two-way player capable of providing some offensive flash, Frolik was consistent, but not spectacular in 2013-2014 as he recorded 42 points and skated 16:40 in 81 games. His performance was enough to earn him a $3.3 million one-year deal that offseason.

Frolik matched his point total in 2014-15 and logged slightly more ice time than the season prior while suiting up for every game. Throughout that season, Frolik and the Jets engaged in plenty of dialogue regarding an extension, but at the end of the day, his ask was a little too rich for the Jets’ blood and he signed a five-year, $21.5-million contract with the Calgary Flames.

“I think it’s a part of the hockey business,” Frolik said to the Winnipeg Free Press about signing with the Flames. “It is how it is…

He didn’t seem to have any hard feelings as he said “I’m really happy what they did for me. The two years there were great. They were good to me. The organization was great, too. I got the opportunity there to play more and have more ice time and I would have to be thankful to them.”