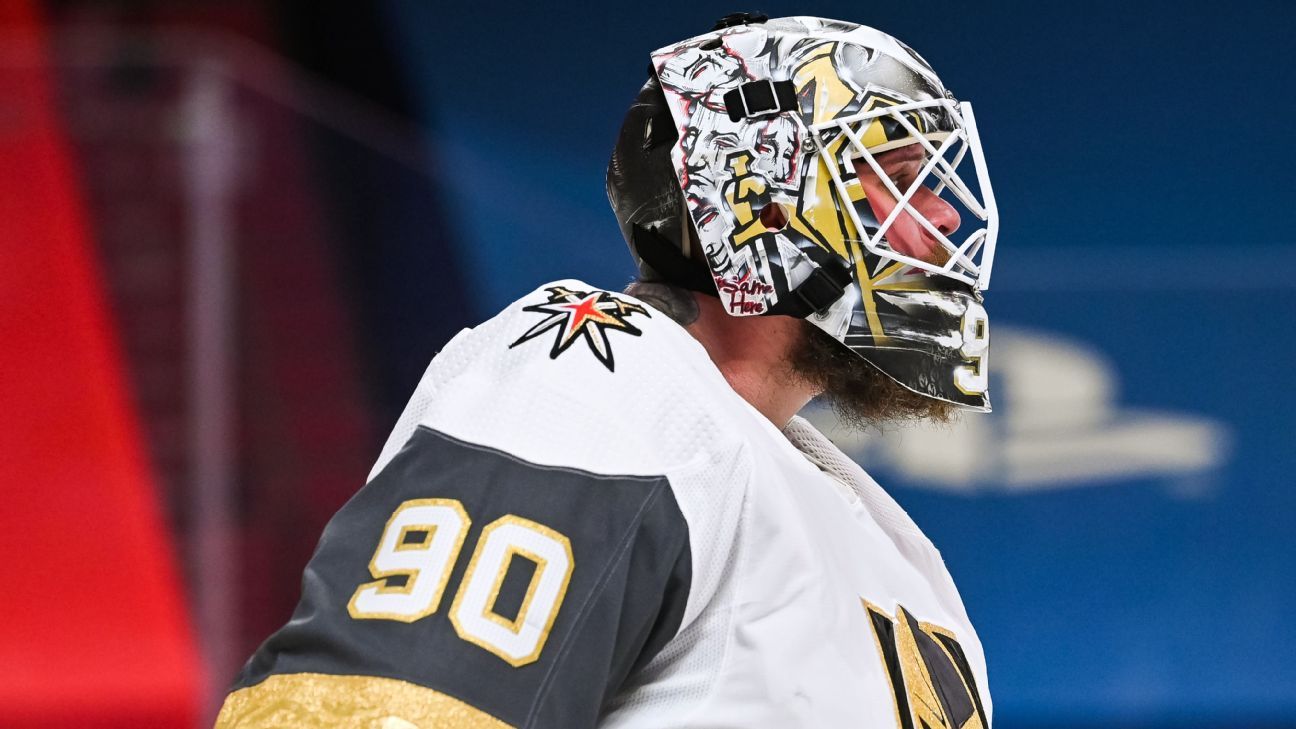 Lehner made the allegations on Twitter Saturday in an effort, he told ESPN, to call attention to the surgery stalemate between his former teammate Jack Eichel and the Buffalo Sabres.

The Swedish goalie threatened to release one story a day unless things “get fixed.”

“I’ve made crazy amount of mistakes,” Lehner wrote on Twitter. “But lying about what I’ve seen for 12 years is not one of them. I don’t care what they say I don’t lie about these things. true. I’ll keep going. Have stored stories for a year. Watch now when nhl will try cancel me.”

Lehner, 30, claimed benzodiazepines and Ambien are regularly given to players for travel, and that “many teams without prescription just hand it out.” The goalie said that the Golden Knights were not one of those teams, but implied that he has been on teams that have engaged in those practices.

Lehner has spent time with the Ottawa Senators, Sabres, New York Islanders and Chicago Blackhawks over the course of his career before joining the Golden Knights during the 2019-20 season.

Is it common for work places to give out benzodiazepines to employees when they travel and ambien ? Should that not be done by doctors or psychiatrist? Asking for a friend 👀 this doesn’t happen in Vegas to be clear. But I know many other teams. I also been in on teams that do?

Lehner told ESPN that he was unsettled that more people weren’t “talking about what’s going on with Jack, and stepping up for him.” Lehner said he wished more players spoke up on Eichel’s behalf.

Lehner and Eichel were teammates in Buffalo for three seasons, from 2015-2018.

The 24-year-old Eichel has been out since March with a herniated disk in his neck. After battling with team management over the proper treatment for the injury, Eichel requested a trade and has been stripped of his captaincy.

The Sabres prefer Eichel to receive a fusion surgery, which would have him back on the ice in six weeks. Eichel’s doctors have suggested a disk replacement surgery, which would have him sidelined for six months, but carries a much lower risk that the center would need future surgeries later in life. The disk replacement surgery has never been performed on an NHL player.

Under NHL collective bargaining agreement rules, teams have the final say on how to treat injuries. Eichel will begin the 2021-22 season on injured reserve, and now is at risk of missing out on a roster spot for Team USA at the 2022 Olympics in Beijing.

Lehner, who is one of the NHL’s most vocal mental health advocates, said it was unfair that Eichel’s situation had dragged on this long, and felt he needed to take matters into his own hands.

On Friday, Lehner tweeted his frustration about “silence” from the players association.