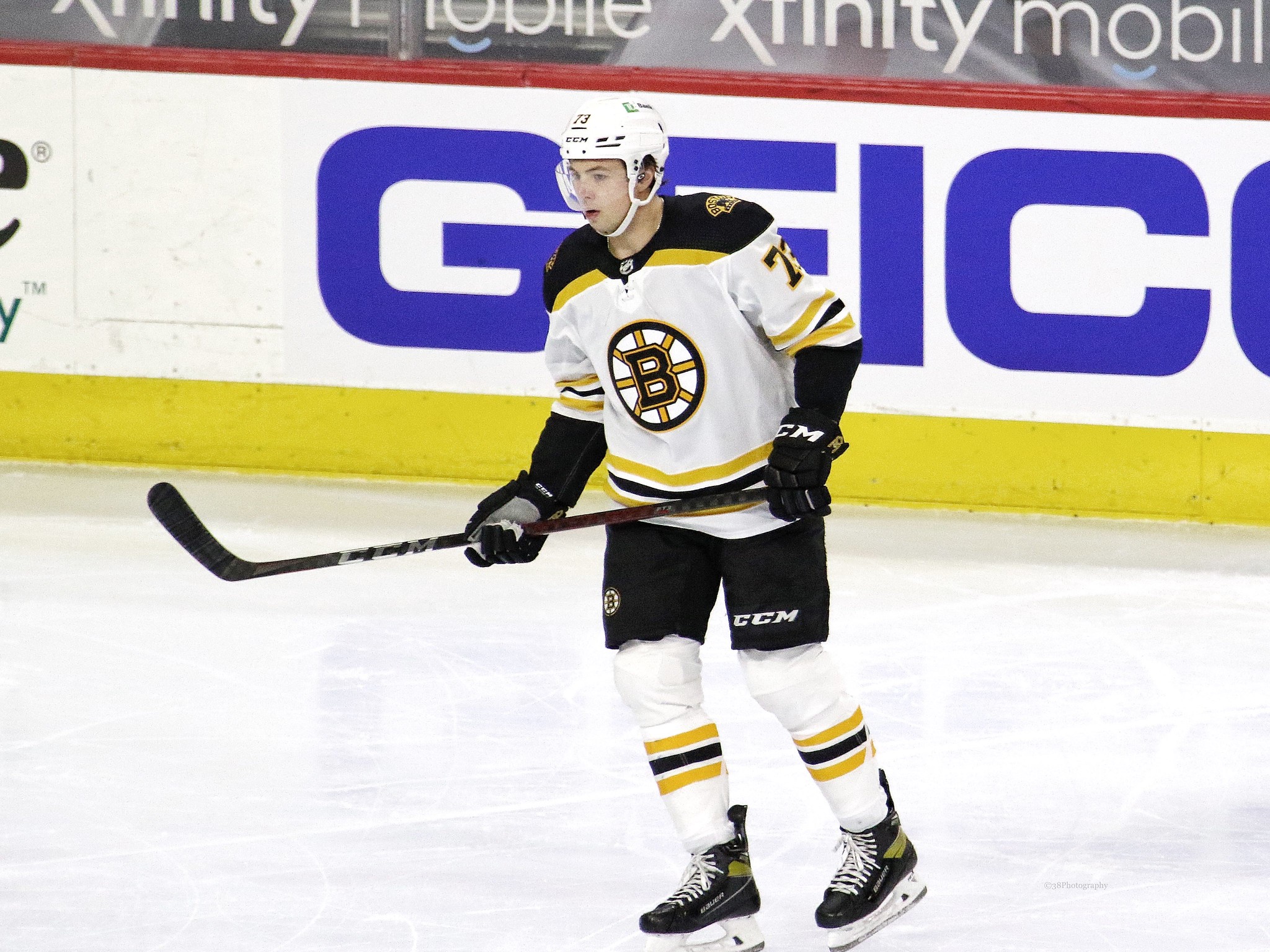 As there was with the other teams in the NHL, the Boston Bruins had some additions and subtractions to their roster this offseason. When free agency began on July 28, general manager Don Sweeney had some available money on the books and the sixth-year GM went on a spending spree.

Sweeney signed Nick Foligno, Tomas Nosek, Erik Haula, Derek Forbort, and Linus Ullmark to free-agent deals to help address needs for the 2021-22 roster. Sweeney also signed Taylor Hall and Mike Reilly to contracts after acquiring both in trade deadline deals in April. With just $1,639,326 million left in cap space at the start of the season, the Bruins are set nicely with some good contracts. Here are the five best-valued Average Annual Value (AAV) contracts (in no particular order) the Bruins have entering the new season.

Despite being 33 years old, Marchand is one of the top left wings in the NHL. He has three years left on an eight-year extension he signed in September of 2016 and at the time of signing the extension, his highest point total for his career in a season was 61 in 2015-16. Since then, he has posted four consecutive seasons of 80-plus points (including 100 in 2018-19) and in last seasons shortened 56-game campaign, he was third in the league in points with 69.

In the 2020-21 season, he led the Bruins and all left wings with 29 goals and 40 assists. His output surpassed the 14 highest left wings in the game ahead of him in terms of pay and included four shorthanded goals. Since signing the deal, Marchand has been one of the most consistent players and his behavior has been better, which means less time in the press box during games and more time on the ice.

Pastrnak signed his deal in September of 2017 at 21 years old and the Bruins have got a big-time bargain in the deal. In 2019-20, he was on his way to a 50-goal season with 48 when the season was paused because of COVID-19. He had 47 assists and was also on his way to his first 100-point season with 12 games remaining on the schedule. Since signing the deal, he has had one season of 90-plus points and two more of 80-plus.

After missing the beginning of the 2020-21 season because of offseason surgery, the 25th overall pick in the 2014 Entry Draft had 20 goals and 28 assists in 48 games after returning. Some might see it as a drop in production, but considering it only being a 56-game season, a lot of players would take those numbers. He remains one of the elite goal-scorers in the league, and at 25 years old, he resides on one of the top lines in the NHL with Marchand and Patrice Bergeron, which will only help his game grow more and get better.

After being acquired in April from the Buffalo Sabres, Hall fit in nicely with the Black and Gold with eight goals and six assists in 16 regular-season games. His presence on the second line gave a jolt to David Krejci and Craig Smith, which allowed the Bruins to have a good supporting line behind the top trio in terms of production.

Entering the offseason, Hall made it known that he wanted to return to Boston, but the price would have to be right for the team and there was no chance the team would go anywhere near the $8 million deal he signed with the Sabres last offseason. Sweeney negotiated a contract with the former Hart Trophy winner that was a very good team deal at $6 million a year. Could Hall have got more in free agency? More than likely yes, but the deal is a good one for both sides. More importantly, if the Bruins championship window closes before the deal is up, it is a tradable contract for the front office to be able to move.

Over the first two seasons of his deal, McAvoy has turned into one of the top defensemen in the NHL and a Norris Trophy candidate. Having him for $4.9 million this season is a steal, considering he is in line for a major pay raise next summer at the latest. In 2019-20, he finished 10th in voting for the Norris Trophy and last season saw him finish fifth.

When Torey Krug left in free agency in 2020 to the St. Louis Blues and Zdeno Chara left for the Washington Capitals, McAvoy was looked upon as the new leader of the blue line in Boston and he didn’t disappoint. He logged a career-high 24 minutes a night and had 25 assists, which is two short of his career-high in 51 games. Despite all of his success early in his career, you get the sense that the best is still yet to come for the former Boston University standout.

When free agency began in October of 2020, the Bruins were rather quiet, but they did add some forward depth when they signed Smith. In five of his nine seasons with the Nashville Predators, he was a 20-goal scorer. Last season in the 56-game shortened season, he had 13 goals in 54 games.

For the first time in a few seasons, the Bruins enter the season with depth behind the top line thanks to Hall and Smith. With Krejci gone, whoever fills that void in the middle will have two good wings in Hall and Smith. At 32 years old, Smith has the skill to be a 20-goal scorer this season and if he is able to do that, the Black and Gold will be in good shape to survive the 82-game regular-season grind and get into the playoffs.

Bruins Have Some Good Contracts Entering 2021-22

In reality, McAvoy could be in line for an eight-figure deal. The good news for the Bruins is that Marchand is signed for four more years, but McAvoy’s next contract is going to be a talking point this season. Bergeron is in the final year and has said that he will until after this season before addressing it. Hall is a good deal considering what he could have got in the open market and remember, the Bruins are getting possibly up to five seasons of Hall in exchange for Anders Bjork and a draft pick. Smith is a contract that could be of good value to Boston if he can produce.

Overall, the Bruins are sitting in a good position for the 2021-22 season contract-wise. After this season, that’s when things get interesting when some core names become free agents.

Scott Roche covers the Boston Bruins for The Hockey Writers. A frequent user of the Oxford comma. Scott has been a sports writer for 25 years for different sites and daily newspapers. Writing started out as a hobby, but it has become a passion for Scott over the years.