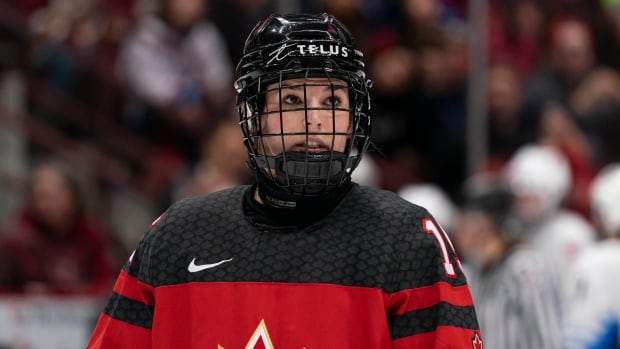 Melodie Daoust and Julia Gosling also scored for Canada in the exhibition game.

Ann-Renee Desbiens stopped 35 of 39 shots in the first two periods for Canada and Kristen Campbell turned aside 14-of-18 shots in the third.

Tyson Dyck had a hat trick for the Bucks, a team from the junior-A BCHL. Noah Quinn added two goals and two assists, while Liam Hansson, Kellan Hjartarson and Brendan Rogers also scored.

Nathan Airey made 20 saves for the win in net.

Neither team scored on the power play. Canada was 0 for 6 and Cranbrook was 0 for 2.

Marie-Philip Poulin scored a fantastic goal to give Canada the 3-2 win and their first gold medal at the worlds since 2012. 2:21