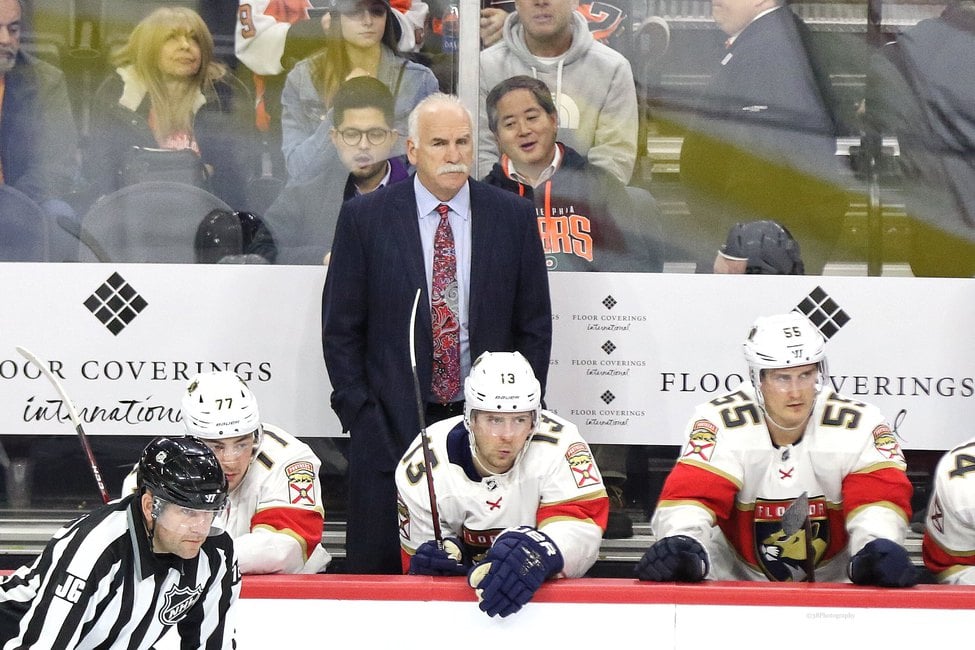 Expectations for the 2021-22 Florida Panthers are high. The team added a goal-scorer in Sam Reinhart, re-signed multiple high-profile acquisitions from last season, including Sam Bennett, and extended pleasant surprises like Anthony Duclair and Carter Verhaeghe. That firepower will improve an already scary power play, ensuring that the Panthers will be able to put the puck in the opposing net on special teams. But the question remains, will they be able to keep it out of their own net on the penalty kill?

The Panthers’ penalty kill last season is best described as average. Tied for 17th with the Vancouver Canucks, the penalty kill was successful 79.8 percent of the time. If you prefer net penalty kill percentage instead, where one power-play goal against is subtracted from the team’s total for every shorthanded goal they score, the Panthers still finish 17th, just ahead of the Arizona Coyotes. The reality is, in a now 32-team league, 17th may be good enough to make the playoffs, but it is not good enough for a deep run at a championship.

To evaluate the performance of last season’s penalty kill, there are two key components: who was killing penalties, and how often were they asked to do so?

When it comes to the personnel, the Panthers put together a pretty formidable unit. Penalty kill specialists like Alex Wennberg and Noel Acciari shouldered the load up front, while Mackenzie Weegar led the team on the back end, although six different defensemen each averaged 1:30 or more of ice time per game on the penalty kill. The rest of the forward complement included players like superstar captain Aleksander Barkov and rookie Finnish forward Eetu Luostarinen.

The real problem, however, lies in the second component: how often they were called upon.

The Panthers were the second-most penalized team in the game, not far behind their cross-state rival Tampa Bay Lightning. Though that rivalry itself likely explains a good amount of the penalty minutes recorded, the fact remains that the Panthers took more penalties than 29 other NHL teams. That number is not all fighting majors or misconducts either, which would leave the play at 5-on-5 for the most part. The Panthers took the third most minor penalties of any team in the league too. Of course, taking more penalties than most any other team is not a recipe for fresh penalty killers.

More troubling than the sheer number of penalties is the performance of the penalty kill unit itself. The deeper numbers reveal the Panthers’ penalty killing was even worse than 17th in the league. The unit’s overall numbers were bolstered by the fact that they did not surrender a goal in either 5-on-3 or 4-on-3 situations. However, when on 5-on-4 penalty kills —which are the most common occurrence — are isolated, the Panthers’ penalty kill ranked 24th in the league, tied with the Ottawa Senators. The only team that registered a worse 5-on-4 penalty kill percentage and still made the playoffs was the Montréal Canadiens.

For the Canadiens, fortunes reversed come playoff time, where they turned in the best penalty kill of the playoffs at 91.8 percent overall. The Panthers stayed at the bottom, facing a tough Lightning squad bolstered by the addition of star winger Nikita Kucherov. In their six playoff games, the Panthers went 12-for-20, good for a 60 percent penalty kill and second to last behind the quickly swept St. Louis Blues. If this Panthers team wants to make a deep run, they desperately need to improve the penalty kill.

Unquestionably the best penalty kill strategy is staying out of the box. Gaining discipline and returning to a league-average amount of minor penalties would be the easiest path to success. That may not always be up to the Panthers, though, as their rivalry with the Lightning saw the two teams combine for an unheard of 96 penalty minutes in a preseason contest in Orlando earlier this week.

Even with greater discipline, the penalty kill will still play a pivotal role. The defensive complement will be similar to last year, though having both Brandon Montour and Aaron Ekblad for a full season will likely help spread the workload around more fairly. Expect Weegar and Ekblad, a formidable 5-on-5 pairing, to man the first unit on the penalty kill, followed by a combination of Forsling, Gudas, and Montour.

For forwards, the picture is nowhere near as clear. Both Noel Acciari and Alex Wennberg finished the season playing more than 50 percent of the team’s shorthanded time on ice per game. In other words, they each killed more than a minute per minor penalty taken. Only two forwards in the league spent more time on the ice shorthanded than Wennberg. Meanwhile, Acciari’s average of 2:40 shorthanded per game was good for seventh highest in the NHL among forwards.

Wennberg signed with the Seattle Kraken in the offseason, and Acciari went down to injury in the aforementioned Orlando preseason game where coach Joel Quenneville said the injury “…doesn’t look good.” Making matters more complicated, Luostarinen is in jeopardy of not making the team, though the Acciari injury likely helps his case.

Barkov will certainly continue to kill penalties, but with the absence of Wennberg and the potentially long-term absence of Acciari, others will need to step up. Luostarinen can fill some of the gaps alongside Bennett. However, the team will need to look further down the depth chart to rookie centreman Anton Lundell, Duclair, and noted grinder Ryan Lomberg (when he’s not in the penalty box himself). Luckily for the Panthers, each of Lundell, Barkov, and Bennett can take faceoffs. But relying on the rookie Lundell, in addition to rookie goaltender Spencer Knight, is a lot of faith in youngsters who have yet to play formidable minutes at the NHL level.

Sizing Up the Competition

The personnel and their usage rates are critical to the penalty kill’s success, but the opponents’ power play is also a key factor. It can be easy to forget the Panthers played only seven different teams last season. Some had competitive power-play units, but others had downright atrocious power-plays. On average, their opponents’ power-play units had a combined 19.6 percent completion rate last season, which would have been good enough for 17th in the league. In other words, slightly below the league average.

This season, the Panthers find themselves back in a division with the Toronto Maple Leafs, Boston Bruins, Buffalo Sabres, Detroit Red Wings, Ottawa Senators, the Lightning, and the Canadiens. Of those seven power-play units, only the Red Wings and Senators performed worse than the 19.6 percent average the Panthers faced last season.

Related: Maple Leafs New Look Power Play Could Be Key to Their Success

The Sabres’ power play likely got worse with the loss of Reinhart and the absence of Jack Eichel, but the Lightning have added back a healthy Kucherov, the Canadiens have added a power-play specialist in Mike Hoffman, and the core units for the Maple Leafs and Bruins remain downright impressive.

At least, for the Panthers, the road ahead is clear. They will face tougher competition and do so with fewer penalty-killing experts than last season. They need to improve their penalty kill by relying on a new group of forwards or – more likely – by trying to stay out of the box. Whichever path the coaching staff chooses, something has to budge. Without improvement, the penalty kill will be a gaping hole come playoff time that could easily cost this team its first playoff series win since 1996.

Mitch Davidson originally hails from Oro-Medonte, Ontario just north of Toronto and has been following hockey, the business of the NHL, and the Florida Panthers for the better part of two decades. In his professional career, Mitch is a full time writer as he serves as Executive Director of a public policy think tank, a regular public opinion columnist, and a Global Fellow at the Wilson Center’s Canada Institute, following a 6 year run as a senior staffer in provincial politics.