Welcome to the first edition of the Winnipeg Jets prospect report. This will be a recurring segment throughout the 2021-22 season, following the seasons and storylines of all the prospects in the Jets’ system.

While most prospects are either in training camps or just getting their seasons started, I am going to highlight what a few Jets’ prospects have been getting up to. Dmitri Rashevsky and Nikita Chibrikov have seen plenty of ice time in the Kontinental Hockey League (KHL) in Russia. Dmitri Kuzmin looks to make his Ontario Hockey League (OHL) debut, and Nathan Smith has had a sensational past couple of games in the NCAA with Minnesota State University (Mankato).

Dmitri Rashevsky was selected 145th overall in the 2021 NHL Draft from Dynamo St. Petersburg of the Supreme Hockey League (VHL). This season, he has had an explosive start with Dynamo Moskva of the KHL. He has recorded 13 points (eight goals, five assists) in 14 games, and currently sits fourth on the team in scoring. While Rashevsky spent much of last season bouncing around between leagues in Russia, he is looking very comfortable in his current role and has seemed to adapt well to the KHL. 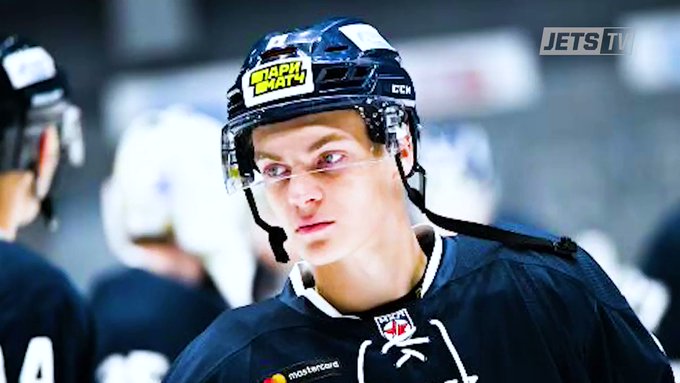 It’s still early in the season, but Rashevsky could very well have a dominating rookie campaign. While he has been scoreless in his last four games, he has had a few two-goal games this year already, proving he can score and produce points at the pro level. Jets fans should keep an eye on him, his current contract with Dynamo Moskva ends this year and he could make the jump to North America.

Chibrikov Making a Name for Himself

Nikita Chibrikov was a 50th overall selection in the 2021 NHL Draft, he was drafted out of SKA St. Petersburg in the KHL. Chibrikov is a solid and elusive playmaking winger who has all the right tools to play in the NHL. Last year he also bounced between leagues, most notably he played 20 games with SKA-Neva St. Petersburg, where he registered eight points (five goals, three assists). Chibrikov also found himself donning the “C” at the IIHF Under-18 World Junior Championships in Frisco, Texas this past April. He helped Russia secure a silver medal and finished the tournament with 13 points (four goals, nine assists) in seven games.

This season, he has split time between the KHL and VHL. While with SKA St. Petersburg in the KHL he played in four games but remained pointless. However, he has recorded three points (one goal, two assists) in four games with SKA-Neva in the VHL. Chibrikov is a player who could easily make the jump to North America once his contract with SKA St. Petersburg ends in 2022-23. For now, Jets fans will have to be patient, but keep an eye on Chibrikov at this year’s IIHF Under-20 World Junior Hockey Championship where he will look to put on a show for everyone.

Belarusian defenceman Dmitri Kuzmin was selected 82nd overall in the 2021 NHL Draft. Kuzmin is a hard-working, and talented offensive defenceman who is looking to make his OHL debut this season for the Flint Firebirds. He spent last season with Dinamo-Molodechno of the Belarusian Hockey League where he put up 12 points (three goals, nine assists) in 46 games. He also found himself representing Team Belarus at the Under-18 World Junior Championships this past April. He went on to put up five points (one goal, four assists) in five games, making a name for not only himself but the nation of Belarus as well. 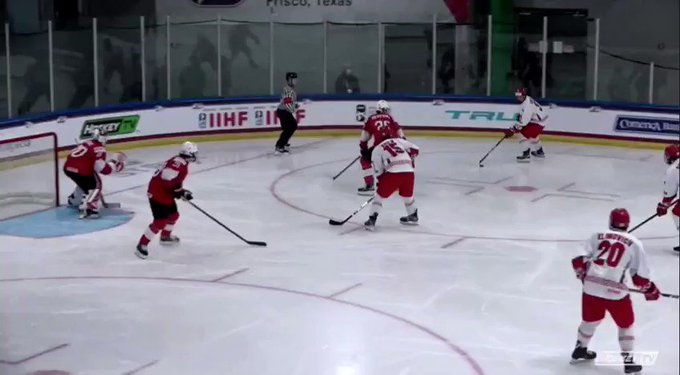 Kuzmin was selected in the first round at 46th overall in the 2020 CHL Import Draft. He will be playing his first full season of hockey in North America this year. This should give him a huge opportunity to explore his untapped potential. During the OHL’s preseason, Kuzmin had two assists in two games. Flint opens up their season on Oct. 9.

Smith Goes Back to School

Nathan Smith was selected 91st overall in the 2018 NHL Draft and has had an incredible last couple of years in the NCAA. Prior to his stint in college, Smith was a member of the Cedar Rapids RoughRiders of the United States Hockey League (USHL) where he amassed a total of 100 points in 110 games throughout his two seasons. Last year, he entered his second season with Minnesota State Univ. (Mankato) where he went on to have a season for the books. Smith recorded 25 points (nine goals, 16 assists) in 28 games, winning the WCHA Championship and advancing to the Frozen Four Championship. Smith was named to the NCAA Championship All-Tournament team, as well as the NCAA Second All-Star Team. 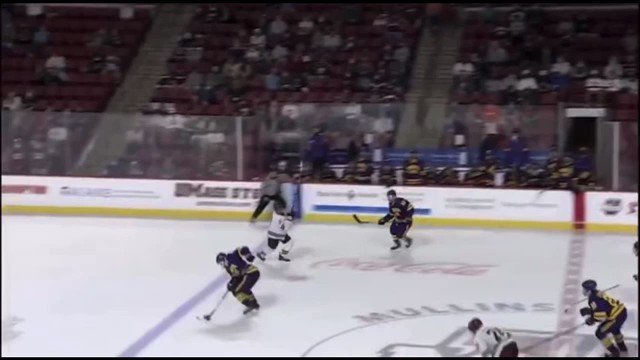 With these accomplishments, Smith has only gained confidence. He returned to the Mavericks this year, where he currently has five points (two goals, three assists) in two games. This could be another big season for the 22, almost 23-year-old. Jets fans should keep an eye on him as this is a player who could be in the Manitoba Moose system as early as next season.

Born and raised in Kamloops B.C. and a die hard fan of the Kamloops Blazers, hockey has always been apart of my life. Now, I am looking to get into the sports media world and make it a career. I will be covering the Winnipeg Jets for The Hockey Writers. Follow along on Twitter @itscrdavies for more hockey content!