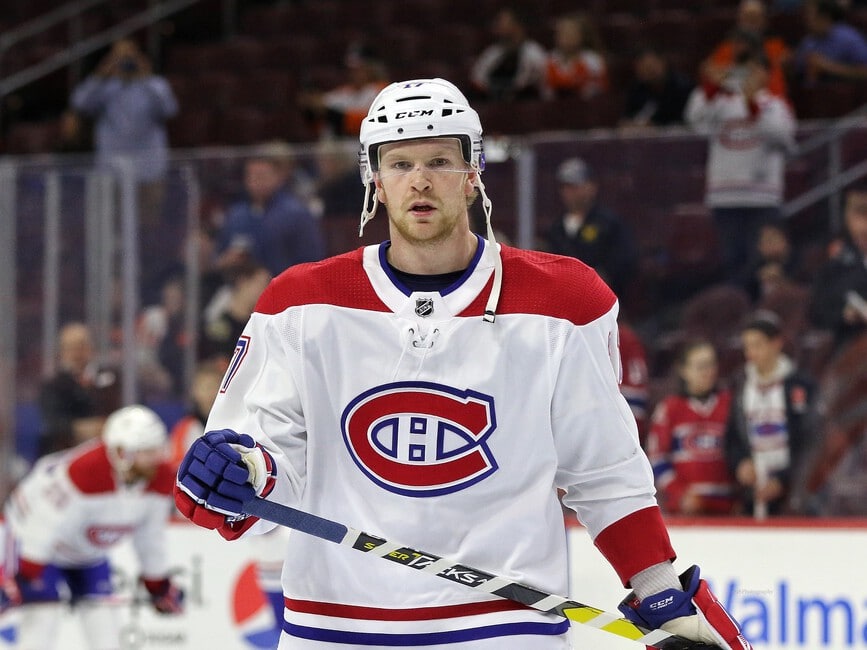 The Montreal Canadiens enter the 2021-22 season with several key players on the injured reserve list. When the puck drops Wednesday night for their season opener against the Toronto Maple Leafs, they will be without Shea Weber, Carey Price (NHL/NHLPA Assistance Program), Mike Hoffman, and Joel Edmundson, to name a few. For months we’ve known that Weber would not play this season, which gave general manager Marc Bergevin time to find help. He did just that, acquiring David Savard and depth players like Chris Wideman and Sami Niku (also injured). However, the recent loss of Edmundson for two to three weeks has compounded the issues on defense. The holes are noticeable and will have to be addressed internally.

In the wake of Edmundson’s injury during the preseason, the biggest question was who would play alongside number one defenseman Jeff Petry? Last season, Edmundson and Petry established themselves as a useful and effective pairing, playing as a 1A/1B duo with Weber and Ben Chiarot. They played hard minutes and remained consistent through most of the ups and downs of 2020-21. This season, they were expected to emerge as the team’s clear-cut top pairing, playing against the opposition’s best. Heading into opening night, the coaching staff appears to have chosen Brett Kulak as the best option to play alongside Petry in the short term. He is the ideal choice considering their defensive options, and here’s why.

Kulak and Petry Have a History

A Kulak and Petry pairing is not a new experiment. In fact, there’s a large sample size to draw data and statistics from over the last few seasons. The tweet below from March 2021 is a brief but telling analytical summary of the duo’s time together.

When these two are on the ice, the Canadiens are more likely to score and have possession of the puck than they are to be chasing the puck or giving up a goal. Teams and players with high metrics in these areas usually come out on the winning side. These stats are not easy to track, but results are. Here is a recent example.

Kulak and Petry were the best defense pairing for the Canadiens in the 2019 playoff bubble. They effectively helped shut down Sidney Crosby and the offensively superior Pittsburgh Penguins, winning their qualifying-round series in four games. They continued their strong play in the six-game series loss to the heavily favoured Philadelphia Flyers. At the time, The Athletic’s Marc Antoine Godin rightly pointed out that Kulak was Petry’s best partner because his stability and speed allowed Petry to showcase his more dynamic offensive skills (from ‘Brett Kulak Demeure Face aux Penguins le Meilleur Partenaire pour Jeff Petry,’ The Athletic, Aug. 7, 2020).

Kulak’s biggest asset is his skating ability. His presence on the left side allows Petry to get up ice and join the rush as a fourth attacker because he knows Kulak can quickly cover for him. Kulak also has the speed to join the attack, which changes the dynamic for the opposition, who have to worry about two mobile defensemen joining the rush. For this reason, Alexander Romanov could also arguably fill this role. However, he had an up and down training camp, appeared lost at times in the defensive zone, and needs more time.

Kulak Had a Strong Preseason

On the other hand, during the preseason, Kulak showed that he can perform at a high level against the opposition’s top players. The training camp roster was loaded with defensive competition, but he separated himself from the pack during those roster spot ‘battles.’ That shows he’s willing to compete, and the stats back him up.

Kulak was not on the ice for a single goal against in three preseason games. In head coach Dominique Ducharme’s defence-first system, this will be valued over most metrics, and it’s where Kulak is a cut above his counterparts on the team.

There is no doubt that the Canadiens need help on defence. When Edmundson has healed, he will return to Petry’s left side. He is a more complete defenseman than Kulak. However, in the short term, Kulak is the ideal candidate to be one-half of the Canadiens’ top defence pairing.

Hello there, folks! My name is Stephen Michaud. Like so many in Canada, I grew up playing the game of hockey from a young age. My passion for playing spawned a yearning for following the NHL and other leagues around the world. Here at The Hockey Writers I have been tasked with covering the Montreal Canadiens, which I hope to do in a detailed and honest fashion.