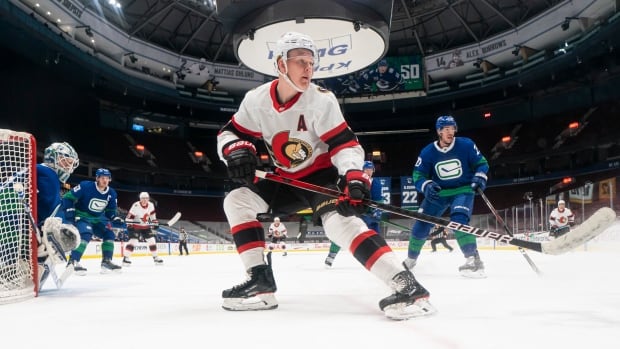 Brady Tkachuk and the Ottawa Senators have agreed to a seven-year, $57.5-million US contract.

The Senators made the announcement on Thursday morning, hours before Ottawa’s home opener against the Toronto Maple Leafs. Tkachuk was a restricted free agent and had not played for the Senators during the pre-season.

“This is an exciting day for the Ottawa Senators,” said general manager Pierre Dorion. “Brady possesses a very dynamic skill set and is a prototypical power forward in today’s NHL.”

The contract has an average annual value of $8.214 million.

The 22-year-old Tkachuk played in all 56 of Ottawa’s games last season and led the Senators in scoring with 36 points (17 goals, 19 assists). He also led Ottawa with 44 points (21 goals, 23 assists) the previous season.

“He scores goals, he plays physical and exemplifies what it means to be a pro for all players in our organization,” said Dorion.