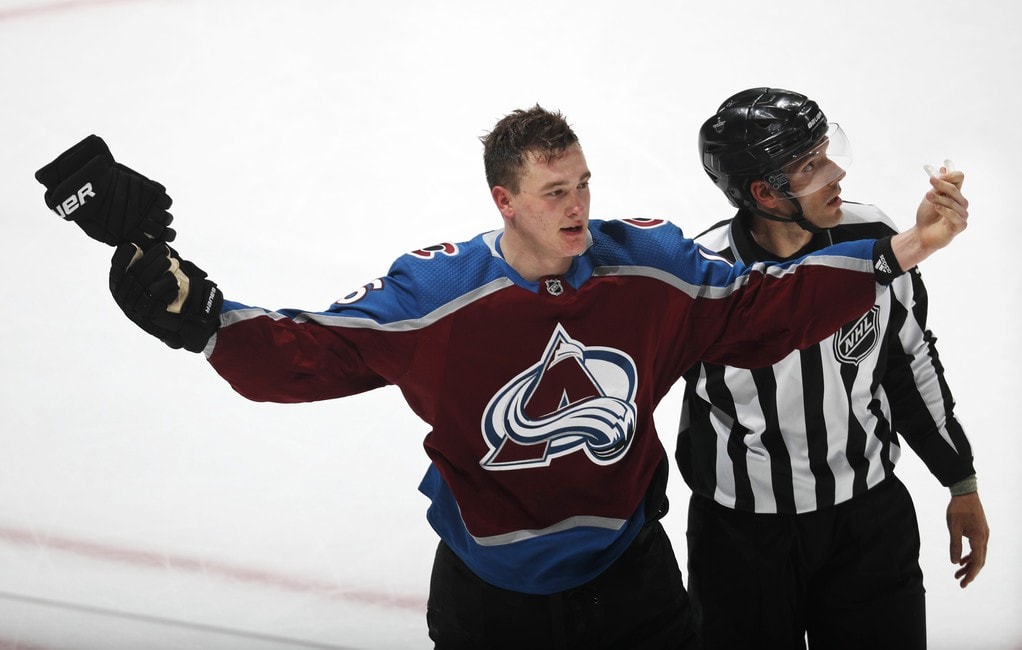 Chicago Blackhawks general manager Stan Bowman is used to getting criticized by media and the fan base. However, one of his former players recently took him to task over the franchise’s current direction. Plus, head coach Jeremy Colliton is excited about his newest defenseman and a top prospect has a huge day overseas.

Former Blackhawks forward John Scott has never been afraid to speak his mind. He has always been more than willing to tell us exactly how he feels. That is why jumping into the world of podcasting made perfect sense for the ex-enforcer.

Scott took his old boss and employer to task in his latest episode of the “Dropping the Gloves” podcast. He referred to the letter released by the team last week as to “giving in to their fan base” and “embarrassing.” He added that something like this would have never happened under the watch of former team president John McDonough.

He certainly did not hold back:

I would be upset if I were Toews or (Patrick) Kane, I would be embarrassed if I was the organization, and if I was a fan, I’d be like, ‘Great, I complained and they answered me, so guess what? I’m going to complain some more and they better answer me again or else I’m going to be super upset. You shouldn’t have to explain your moves to Twitter trolls just because you made a couple trades. It just looks weak. It looks soft. I don’t like it.

Being criticized by fans, media and players is nothing new for Bowman. He addressed this during his media tour last week with Ben Pope of the Chicago Sun-Times.

I don’t let it get to me, and I don’t pay a lot of attention to it. You’d be silly to say you don’t know it exists, but I’ve got to isolate myself a little bit, because you’ve got to do what you believe in your heart is right.

From “Through onslaught of criticism, Stan Bowman has learned to believe in his decisions” by Ben Pope – Chicago Sun-Times, 10/24/20

He added that the fans have every right to complain and criticize and it is part of his job to accept it. However, I’m not if he feels the same way about people whose checks he used to sign.

One of Bowman’s moves that has come under fire was his trade of Brandon Saad and Dennis Gilbert to the Colorado Avalanche Nikita Zadorov and Anton Lindholm. This didn’t come off as a move made by a team that is rebuilding like the Blackhawks say they are, but more of a move towards cost-cutting.

Regardless of the motivations for the deal, Zadorov will be a key member of the Blackhawks’ 2020-21 defense.

“The one thing I want to bring is [being] harder to play against,” Zadorov said shortly after the trade was made. “I can play against top lines and that’s what I want to bring to this team: play big minutes, play in big situations and try to shut down the best players on the opposite team.”

Colliton recently sat down for an interview on NBC Sports Chicago’s Blackhawks Talk Podcast and he sounds like a guy who can’t wait to see what he has in his new blueliner.

“He adds a dimension that we don’t have a lot of, he’s very physical and he wants the contact, and when you’re on the ice against him, you better know where he is,” Colliton said. “He’s a tremendous skater and that’s really a nice combination to have. It’s a guy who can get stops in the defensive zone, get a pin, separate a guy from the puck, allow us to get out. He’s also a guy [that] with his skating, we want him to force turnovers in the neutral zone as well.”

This could be the start of a love/hate relationship as fans will love Zadorov’s knack for delivering big hits, but will hate the times he is pulled out of position trying dish one out.

Kurashev has a Huge Night

Philipp Kurashev is one of the prospects in the Blackhawks’ system who ready to challenge for an NHL roster spot. He is currently playing for HC Lugano of Switzerland’s National League, who the team loaned him to back in September.

Kurashev has four assists in five league-play games for HC Lugano. However, on Sunday, he exploded for five points in the quarterfinals of the Swiss Cup tournament. He scored a hat trick, including a shorthanded goal, and added two assists as HC Lugano scored the last 11 goals in a big 11-1 victory.

The Blackhawks originally drafted Kurashev in the fourth round (120th overall) of the 2018 NHL Entry Draft. After scoring 69 goals and 179 points in three Quebec Major Junior League (QMJHL) seasons, he turned pro for the 2019-20 season.

His numbers from his first season in the American Hockey League (AHL) don’t exactly jump the page. Injuries limited him to just 36 games for the Rockford IceHogs, scoring seven goals and 19 points. Head coach Derek King is a huge fan of Kurashev’s and gave him a raving review during the IceHogs’ season-ending conference call.

“Too bad he got hurt or I think you would have seen him called up, maybe, or higher up in our points. I believe he is going to be an NHL hockey player. Whether it is a year or two down the road, that’s going to be up to him. I really liked the way he performed.”

Kurashev could compete for a roster spot as early as training camp this winter. With the team starting to rebuild, the 21-year-old forward could solidify a spot for years to come.

Stammer cashes in with the Gold Stick for 500 goals! 🏒🏒🏒
Timothée Clément with an outrageous save
Bruins: Odds That Pending 2023 UFAs Get a Contract Extension
Germany vs Austria | FIH Hockey Olympic Qualifiers | Men’s | Match 1
B’s drop third straight in showdown with Canes