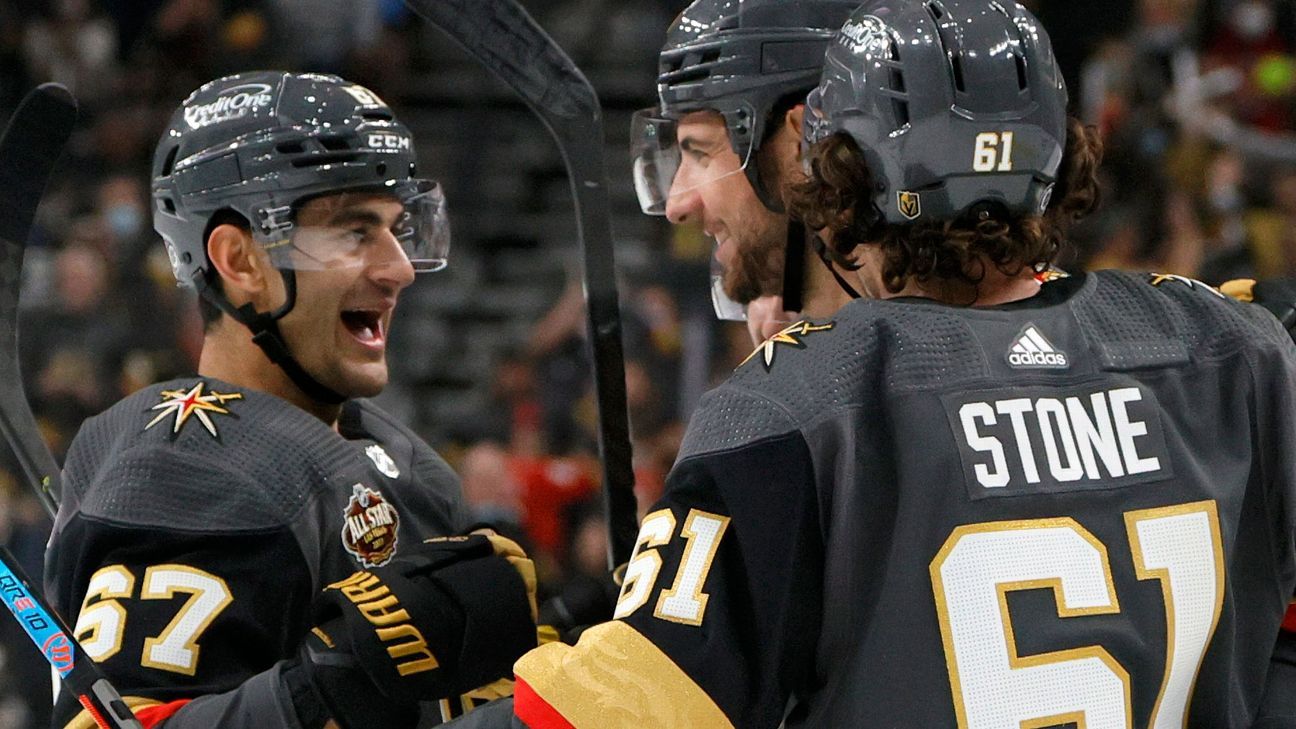 Pacioretty is week to week after he broke a foot during the 6-2 loss to the Kings, coach Peter DeBoer said Saturday. Pacioretty led Vegas with 24 goals last season.

Stone is day to day with a lower-body injury. The 29-year-old Stone had 21 goals and a team-high 61 points last year.

The Golden Knights don’t play again until Wednesday against the St. Louis Blues at T-Mobile Arena.

“You talk to the guys in the top six, and I think sometimes you’d be surprised — I get surprised sometimes — at names when you ask them, ‘Who do you think would be a good fit with guys out?'” DeBoer asked. “I don’t think we’re against anything. This is an opportunity for whoever we stick in here to take the ball and roll with it.”

Forward Mattias Janmark remains in COVID-19 protocol with no timeline for a return.

“It’s a good opportunity for guys to step up,” defenseman Brayden McNabb said. “We’re missing some guys and it’s a real good chance for us to find our foundation of the team and play as a team. Guys have to step up.”

The Golden Knights were already down a significant part of their offense with forward Alex Tuch undergoing offseason shoulder surgery in July. He’s expected to return sometime after the Winter Olympics break in late February.

With the injuries to the fourth line, Vegas skated rookies Jake Leschyshyn and Jonas Rondbjerg in Los Angeles for their NHL debuts.

Outside of missing 16 games his first season with Vegas in 2018-19, Pacioretty has remained healthy for the better part of two seasons. He missed one game in 2019-20 and was on pace to set a career high in points before the season paused due to COVID-19.

Last season, with the shortened 56-game schedule, Pacioretty had 51 points in 48 games, but he missed the final eight regular-season matchups with what he described as a “mid-body” injury.

Pacioretty returned for Game 7 of the first-round series against the Minnesota Wild and scored the winning goal.

Vegas is off Sunday, but it could bring up top prospect Peyton Krebs as soon as Monday. He started the season on the 23-man roster, but he was reassigned to Henderson of the American Hockey League at the beginning of this five-day layoff.

Krebs had two assists in Henderson’s 5-4 season-opening victory Friday against the Colorado Eagles.

Roster issues notwithstanding on offense, the Golden Knights, easily one of the favorites to win the Stanley Cup, have been scuffling in their own zone as well. Though they hung on to defeat the Seattle Kraken in the season opener, Vegas has allowed nine goals in their two games, and enter the week with a minus-3 goal differential.

Starting goaltender Robin Lehner has allowed seven of those goals, while backup Laurent Brossoit has given up two.