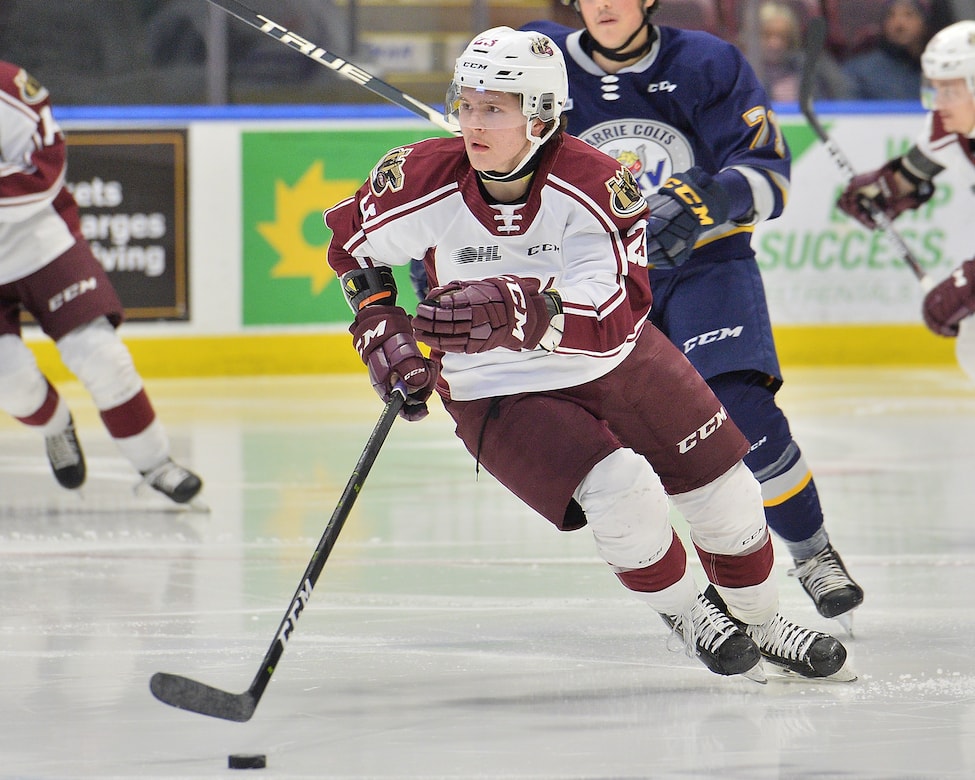 The 2021-22 NHL season got underway for the Anaheim Ducks last night and the lineup included a couple of new faces. This edition of Ducks’ News & Rumors covers opening night, a pair of NHL debuts, and a couple of updates on a trio of Ducks prospects.

Initially, he wasn’t expected to be in the lineup, but after Max Jones was scratched late with a non-COVID illness, 2021 first-round draft pick Mason McTavish was inserted into the lineup. Playing on the third line with Isac Lundestrom and Jakob Silfverberg, the trio combined for six points in the Ducks’ 4-1 win on Opening Night.

The highlight of the game, of course, was McTavish scoring his first career NHL goal. The 18-year-old cleaned up a loose puck in the crease and while he held his breath for a moment when the goal was reviewed for goaltender interference, it was a raucous celebration on the Ducks’ bench once it was confirmed a good goal. He also grabbed an assist on Adam Henrique’s power-play goal. McTavish is the 14th player in NHL history to record a multi-point game in his NHL debut at age 18 or younger and is the second Duck after Jamie Drysdale.

McTavish didn’t get much preseason run because he was recovering from an ankle injury suffered during the Rookie Faceoff Tournament. However, he did still manage to score a goal in four preseason games. There’s still uncertainty about whether he’ll stick for more than nine games – the first year of his entry-level contract will be burned after 10 games played – but making an impact right away is certainly a way to make sure you stick around for just a bit longer.

McTavish wasn’t the only player in the Ducks’ lineup making his NHL debut as 2018 NHL draft pick Bo-Olivier (he says to call him “Bo”) Groulx also got the opportunity to play in his first NHL game. He centered the Ducks’ fourth line and spent a good amount of time killing penalties. Not bad for your first game at the top level.

Groulx beat out the likes of Sam Carrick and Sam Steel for a spot on the fourth line and will continue to be the fourth-line center for the time being. He has a solid defensive game and playing alongside a pair of rough-and-tough forwards in Nic Deslauriers and Derek Grant will offer Groulx the protection that most young players need when they first break into the league. Still, the former Halifax Moosehead isn’t afraid to get his hands dirty either.

Trio of Prospects on the Scoresheet

Artyom Galimov has been producing points at a rapid pace in the Kontinental Hockey League (KHL). He had a three-point game on Sunday and a four-game point streak leading up to Tuesday’s game, where he went scoreless. Galimov and Ak Bars Kazan will be back in action tonight against Metallurg Magnitogorsk.

Sasha Pastujov is settling into life at the juniors level quite well. After dropping his initial commitment to Notre Dame for the Guelph Storm in the Ontario Hockey League (OHL), he hasn’t missed a beat since returning from Ducks training camp. A hat trick in his second game for the Storm was followed by two assists and a plus-2 rating in his third game, a 7-4 win. Pastujov will look to keep his point streak going on Friday against the Sault Ste. Marie Greyhounds.

Elsewhere, Albin Sundsvik lit the lamp for Skellefteå on Tuesday night. He only played 10 minutes in Skelefteå’s 4-2 loss but managed a plus-1 rating. If HC Lugano loses tonight, then Skellefteå will advance to the Round of 16 in the Champions Hockey League.

The Ducks played a fantastic game on Opening Night, going 2-for-5 on the power play and getting contributions from a myriad of players. It’s always nice to kick off the start of the season on a good note, the Ducks will have a chance to carry the momentum on Friday at home against the Minnesota Wild.

Derek has been a hockey fan for almost a decade and has been a sports fan in general for more than two decades.

He graduated from UCCS in Colorado Springs, CO in May 2020 with a bachelor’s degree in Sports Communication. He spent the last several years as part of UCCS’ on-campus student newspaper staff (both as a reporter and editor) and is now creating Ducks-related content from his home in Southern California.

Red Wings’ Kasper Is Better than Joel Eriksson-Ek & Dylan Larkin
Fasching: Recall is ‘what we work for’
Lightning’s Maroon mocked, donates to charity
NHL Awards Watch: McDavid vs. Robertson for the Hart?
Pettersson goes between the legs for sick deflection