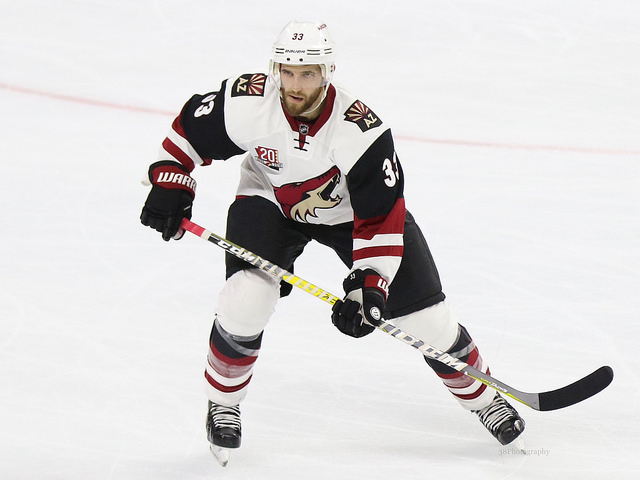 During the offseason, one of the Minnesota Wild‘s biggest moves was buying out defenseman Ryan Suter‘s contract after nine seasons with the team. While it was a smart financial move for the Wild, it still left a hole on Minnesota’s blue line for the 2021-22 NHL season. Instead of finding an internal replacement, the team went out and signed veteran defenseman Alex Goligoski to a one-year, $5 million deal.

At the time, some wondered if Goligoski could fill the shoes of one of the greatest Wild defensemen of all time. Fortunately, he’s proven through Minnesota’s first handful of games that he’s more than capable of taking on Suter’s role. While Goligoski doesn’t have the individual accomplishments that the former alternate captain has, his offensive, defensive, and power-play skills could play a big role in any potential success that Minnesota sees in the 2021-22 season.

The version of Goligoski that scored 46 points over a decade ago isn’t the same one on the Wild’s roster today, but that doesn’t mean he can’t be a solid offensive contributor on the back end in 2021-22. Goligoski’s 427 points since the 2008-09 season are the 17th-most by a defenseman during that span, and he’s recorded at least 20 points in every campaign throughout his career.

Goligoski is coming off of a season that saw him record 22 points in 56 games with the Arizona Coyotes, which translates to about 32 points in an 82-game season. Considering how Suter had 19 points in the same amount of games for the Wild last season, it’s easy to see how Goligoski can replace him in that regard.

Looking into advanced stats, Goligoski is efficient at creating shooting opportunities, as he averages 101 even-strength shots on 233 attempts (43.5 percent) in an 82-game season. Going a little bit deeper, his on-ice goals for per 60 minutes is solid at 3.0. It’s not quite the 3.9 that he averaged years ago with the Pittsburgh Penguins, but it’s more than adequate for a defenseman playing out the final years of his career.

Through their first two games, Wild seem to recognize the offensive production that Goligoski can generate, as proven by 62.5 percent of his zone starts taking place in the opposition’s zone. Yes, it’s a small sample size, but it still proves that Minnesota trusts him because of his previous results and experience. At the end of the day, the majority of the offensive load coming from the back end will fall on the likes of Jared Spurgeon and Mathew Dumba (if he can return to form). Still, that allows Goligoski to work in a secondary role, taking advantage of lesser matchups.

Throughout most of their history, the Wild have had a defense-first identity. Even this season, most of their rostered defensemen can contribute on both sides of the puck, including Goligoski. He’s never been afraid to get physical in his career, as proven by his 1,051 hits and 1,575 blocked shots, with the latter statistic ranking him 11th among all NHL players since the 2008-09 season. Even in his mid-30s, Goligoski finished inside of the top 10 in blocked shots last season with 108.

It might be a trivial stat to some, but Goligoski has had an even or positive plus/minus rating in all but three of his 15 career NHL seasons. With that trio of instances occurring when he was a member of the Arizona Coyotes, it’s easy to look past them.

When it comes to 5-on-5, goaltenders have a 0.918 save percentage (SV%) when Goligoski is on the ice. Unfortunately, that statistic doesn’t translate to when he’s on the ice for a penalty kill (0.866 SV%). One statistic that may concern some is that he’s also averaging 2.9 goals against per 60 minutes on his career, with that averaging being significantly increased due to his time with the Dallas Stars (3.4). Fortunately, Goligoski hasn’t been on the ice for a power play goal against in five minutes of shorthanded action so far this season. Perhaps playing on a team with a good defensive mindset like the Wild will help the veteran get back on track.

When the Wild bought out Suter during the offseason, questions arose about who could take his spot on the power play and if that player could help improve the situation. Minnesota was abysmal on the man advantage in the 2020-21 NHL season, converting on just 17.6 percent of its opportunities (the eighth-worst percentage). The good news is that Goligoski will likely help in that regard with his previous experience.

The veteran defenseman hasn’t been shy from working with the man advantage in his past, with almost 33 percent of his career points coming on the power play. While he doesn’t put up the numbers that he used to, Goligoski recorded seven PP assists last campaign and was also on the ice for eight PP goals. Considering how he played about a third of the power-play time than he did in the previous season, those numbers are more than suitable for Minnesota’s secondary unit.

The most important statistic is that Goligoski averaged 7.5 PP points per 60 minutes last season, which was the best average in his career. It shows that even if he’s on the back end of his career and playing fewer minutes, he’s still making the most of his opportunities. As long as the Wild don’t overplay him and focus on his strengths, the team’s power play should be better than it was last season.

It’s evident that, even at 36 years old, Goligoski is still a solid two-way defenseman who can have an impact on the power play. He has never been and won’t be a contender for the James Norris Memorial Trophy as the NHL’s top defenseman, but he also doesn’t have to. All the Wild need him to do is continue playing the steady game that he usually brings to the table, contributing on both sides of the puck when needed. If he can stay true to his style of play and Minnesota doesn’t force him to be what he isn’t, Goligoski will have a lot to do with any success the Wild see this season.

As a lifelong hockey fan and recent Master of Journalism graduate, it’s always been my dream to write about the sport. That’s why you can find me here on THW covering the Minnesota Wild! You may also see my work on FanDuel, the Ottawa Citizen, and various sports betting sites. Follow me on Twitter @devplat!