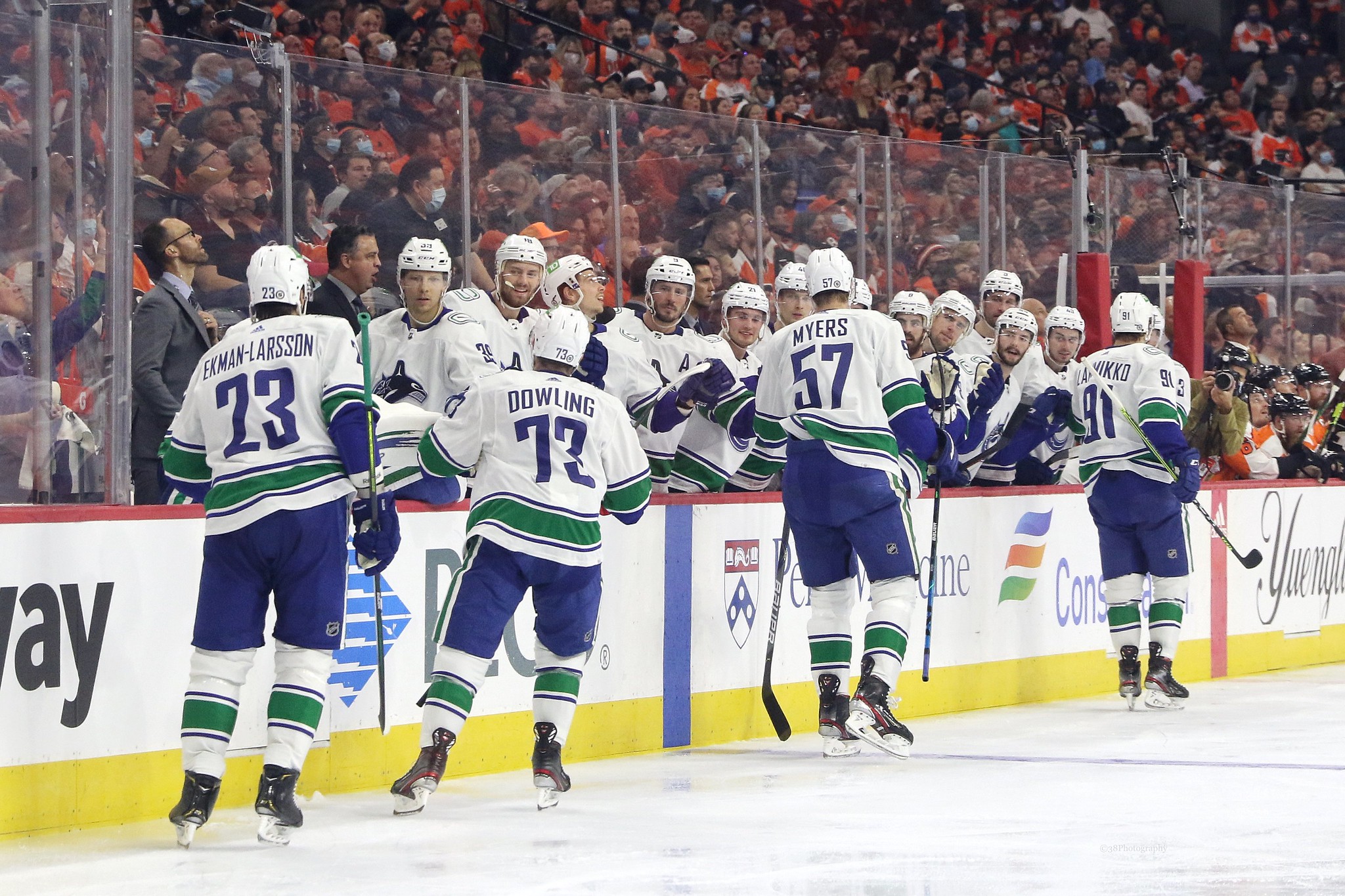 The term must-win game is not usually mentioned five games into a season, but it is fair to say that the Vancouver Canucks’ game against the Chicago Blackhawks is a must-win. The Canucks (1-2-1) need to find a way to get back on track versus the Blackhawks (0-3-1) Wednesday night. Here are the three keys to victory for the Canucks.

The Canucks come into Wednesday’s game with the worst faceoff percentage in the league (41.4%). The only player on Vancouver who is at 50% or higher is Justin Dowling, and he has only taken 12 total faceoffs. On the other end, Chicago is ranked 14th in the league with a 51.3% faceoff percentage. If the Canucks have a chance at winning, they need to find a way to beat Tyler Johnson (60.9%) and Jonathan Toews (58.3%) on the draw.

Vancouver is a team that has been good on faceoffs, especially in the last few seasons. Over the previous five seasons (2016-2021), the team has ranked third in defensive zone draw wins and ninth in overall faceoff win percentage. This will be a major key for the Canucks if they want to have success versus Chicago.

2. Get on the Board Early

The Canucks have only managed two first-period goals this season, with both coming in the same game versus the Buffalo Sabres. On the other hand, the Blackhawks have not scored first in any of their four games and have given up a league-high eight first-period goals. If Vancouver can find a way to score the game’s first goal, it will go a long way in securing a win for just the second time this season.

One way Vancouver can achieve their goal is by outshooting the Blackhawks in the first period. So far this season, the Canucks have only been able to outshoot an opponent once in the first period. That came in Detroit, where the shots were eight to five. The Canucks are averaging 38 shots per game but seem only to heat up come the third period. If they can find a way to pepper projected starting goaltender Marc-André Fleury, it could lead to a big first period for Vancouver.

Every team aims to limit their opponent’s opportunities on the power play, but it is vital to keep them at five on five when playing Chicago. In their four games, the Blackhawks have only managed three goals while playing five on five compared to 15 goals against. Comparatively, they have four goals while on the power play. The Canucks on the other hand have managed six goals despite playing around eight minutes less five on five this season.

Another reason to keep off the penalty kill is Vancouver has had a rough start to the season shorthanded. Despite only being shorthanded ten times this season, the Canucks have given up three goals and 25 shots against. They are also one of only two teams (Toronto Maple Leafs) that has not generated a shot on goal shorthanded. As mentioned, the only way Chicago can generate offense is on the power play so if the Canucks must limit those opportunities by staying out of the box.

If Vancouver wants to make the playoffs, they need to beat teams that are lower than them in the standings. On paper, the Canucks are the more talented team and should walk away from this game with a victory. If not, the temperature in Vancouver will only continue to rise and it could lead to some personnel moves within the front office and coaching staff.