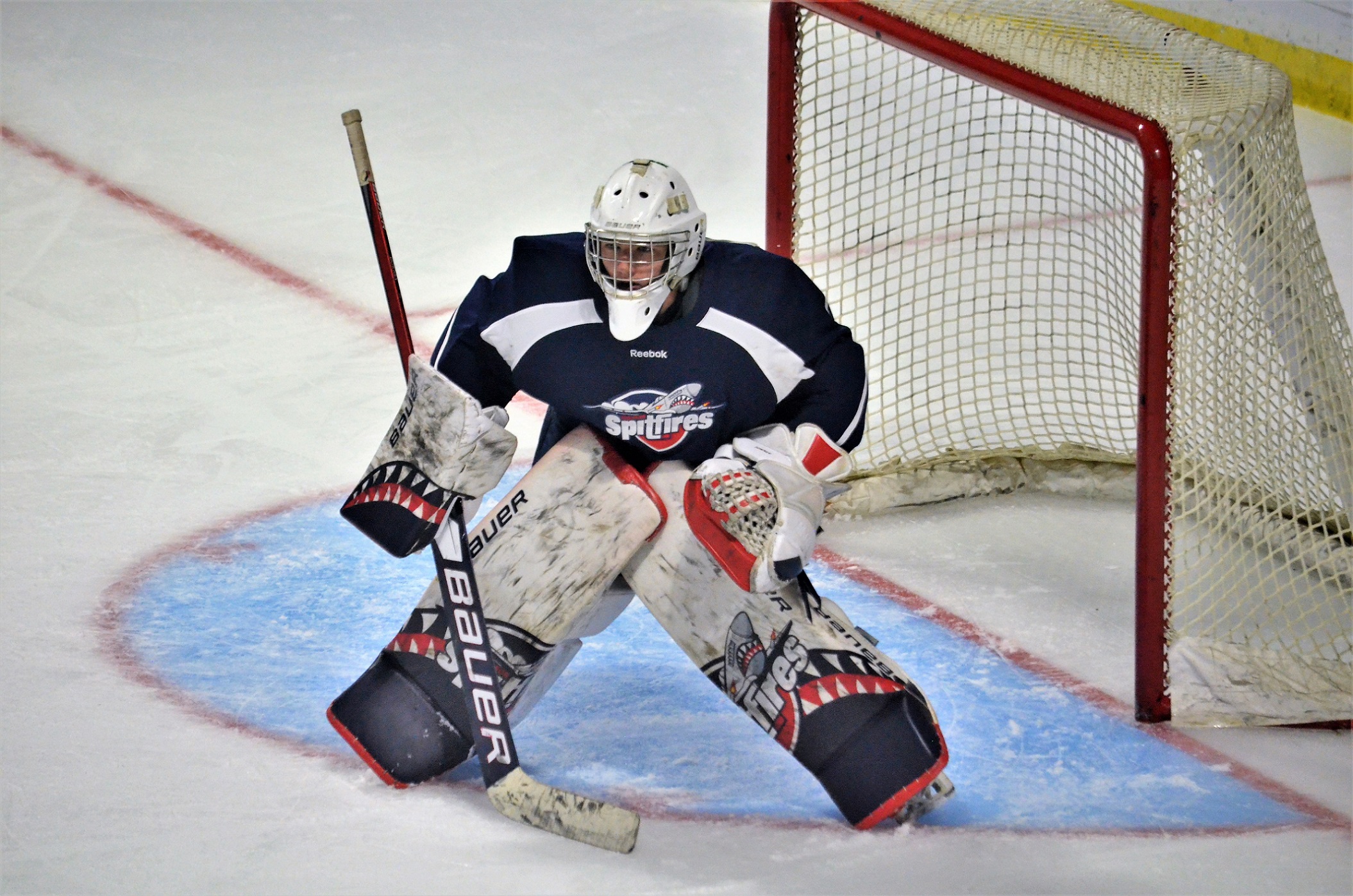 When you’re in a marathon, the end game isn’t always as important as the steps along the way. After 19-months off, the Windsor Spitfires are making sure the small victories count, even if the scoreboard says otherwise. Three weeks into the 2021-22 Ontario Hockey League season, they’re slowly finding their identity, building the momentum needed for the long haul.

Coming into the season, the organization knew this wouldn’t be easy. Not only did they have 19-months without a game because of the Covid-19 pandemic, but nearly half of their roster was new and they had two new coaches. Let’s be honest – that’s a lot for any club to absorb. New systems, new personalities, and new routines all take time to gel together. In the first three weeks of the season, they’ve started to show that, despite not winning every night, they won’t be pushed around. That continued this past weekend with the club’s first big test – the dreaded three-in-three.

How did they fare? What comes next? Let’s dig in!

Spitfires Get Three Points in Three Games Over Three Days

The “three-in-three” weekend – three games in two-and-a-half days – are challenging but common in the OHL. Last weekend, the Spitfires entered their first one of the season – a home-and-home with the Owen Sound Attack with a road game against the Kitchener Rangers sandwiched in between.

After giving up the first two goals in each game so far, the Spitfires gave veteran starter Xavier Medina a rest on Thursday at home against the Attack. Rookie Kyle Downey got his first OHL start and did exactly what the club needed – stopped the puck. He showed poise, confidence, and control, stopping 32-of-36 shots for the 7-4 win. His teammates helped with five third-period goals. After a 5-1 loss to the Knights in London a week earlier, the confidence booster was necessary.

Following the win, the Spitfires hit the road for games against the Rangers on Friday night and the Attack on Saturday. The games had a similar storyline to Thursday – toe-to-toe until the end.

On Friday, Medina got the start and bounced back, allowing just two goals in regulation. Unfortunately, the Rangers were too much in a shootout and took the two points with a 3-2 win. Saturday night saw the teams scoreless until the Attack scored a pair of powerplay goals in the second to grab the 2-0 lead. It seemed to kill the Spitfires’ energy as the home side added three more for a 5-0 lead late in the game. Fortunately for the visitors, Detroit Red Wings prospect Pasquale Zito broke the shutout on a powerplay goal with eight seconds left.

Losing by four makes for a tough five-hour bus ride back to the WFCU Centre, but the entire weekend is something to build on.

Coming into the season, the Spitfires knew what kind of potential they had. They were given preseason accolades from the CHL, had numerous NHL prospects in their lineup, and eager rookies that wanted to show they belonged. However, what happens on paper doesn’t always translate to the ice right away.

There have been a handful of issues so far. You won’t win many games if you’re giving up the first two goals every night. Playing catch-up only gets you so far in this league. An inconsistent offense doesn’t help anything, either. Veterans Will Cuylle (New York Rangers), Wyatt Johnston (Dallas Stars), and Pasquale Zito (Detroit Red Wings) have stepped up their game, but they need help. First-rounders Ryan Abraham (2020) and Ethan Miedema (2021) have shown real potential but can’t be expected to take any load right now.

Fortunately, the win over the Attack came with three bright notes. Rookie defenceman Nicholas De Angelis scored his first OHL goal, while veteran defenceman Louka Henault scored his first hat-trick (three goals in 170 games prior). It was also Downey’s first win in goal. The club’s second-round pick in 2020 has been eager to show his game.

All three games, win or loss, also showed that the Spitfires aren’t going down without a fight. Even in Saturday’s ugly loss, they managed to grab a late goal. Head coach Marc Savard made sure they didn’t quit. That’s a small but essential building block heading into this weekend.

The Spitfires host a pair of games this weekend, with the Guelph Storm coming on Thursday night and the Rangers paying a visit on Saturday. While they haven’t been able to maintain the hype from their preseason CHL Top-10 ranking, it’s better to be listed in April than October. Let’s have a little patience.

I’m a resident of Windsor, ON and a graduate of St Clair College Journalism and New Media program as well as the University of Windsor Communication, Media, and Film program. I’ve been a junior hockey fan (specifically the Windsor Spitfires) for 30-years and have written about/photographed junior hockey since about 2005.