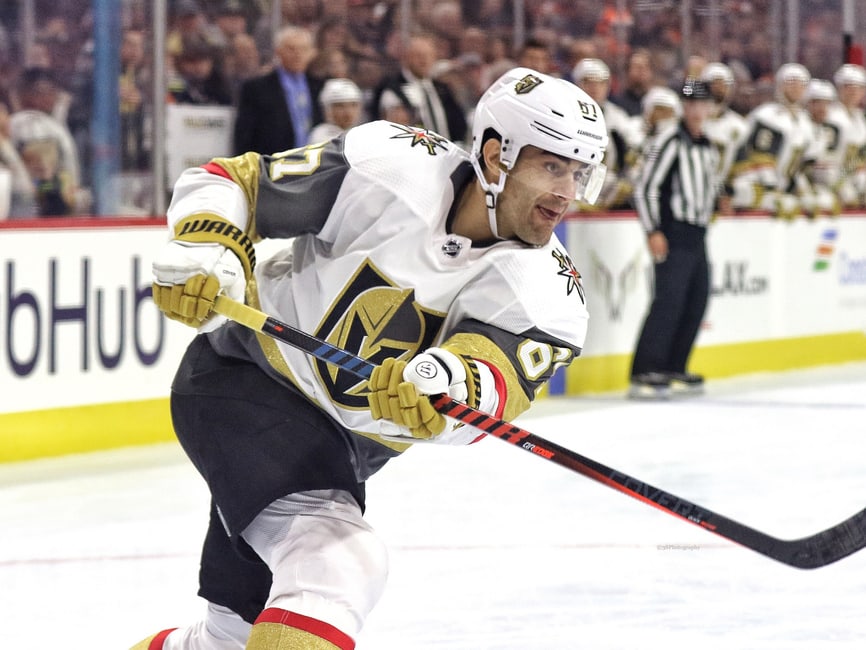 The Vegas Golden Knights find themselves in a unique situation to start the 2021-22 NHL season. The team is currently playing without many of their top and key-depth players. They also find themselves at the bottom of the league in power-play efficiency. Despite these major setbacks, the Golden Knights are winning games. Recently, the depleted Vegas roster picked up two wins in a tough back-to-back set with the Colorado Avalanche and Dallas Stars.

It is no secret that the Golden Knights are playing with a depleted roster. Both Mark Stone and Zach Whitecloud find themselves on the Injured Reserve List, and Alex Tuch and Max Pacioretty are on the LTIR. Immediately, this is a problem for Vegas as both of its first-line wingers are out of commission. Without Whitecloud, the Golden Knights are missing one of their best penalty killers. As for Tuch, his ability to score and generate offense at even strength and on the power play is desperately needed for the team to be successful.

Other notable names that have been missing from the Golden Knights recently have been: William Carrier, Mattias Janmark, Jake Bischoff and Nolan Patrick. However, despite this immense loss of manpower, Vegas is starting to find success. The “Misfit Line” is leading by example with their play. Without many of the top names in the lineup, this line role increased. This increase in responsibility saw the “Misfit Line” raise their level of play to make up for the void left behind. In addition to them, Chandler Stephenson also raised his level of play.

Related Link: Golden Knights Should Look to Their “Misfits” to Fill Injury Void

With Pacioretty and Stone injured, it was up in the air whether Stephenson would continue to center the first line, or fall back deeper in the lineup. In previous years, he was used as a utility forward for the Golden Knights. Now, Stephenson is a leader on this Golden Knights roster. His skill set allows him to play with anyone on Vegas and help them succeed. This was showcased in the Golden Knights’ most recent games against Colorado and Dallas where he combined for one goal and three assists. All of his assists were to different players.

The Golden Knights are not having success on the power play. This has carried over from their series with the Montreal Canadiens in the 2021 NHL Playoffs. Currently, Vegas is last in the league in power-play percentage. The team has not scored on a single man-advantage yet this year with 15 chances in seven games. This lack of success cannot even be attributed to a lack of star power in the lineup either as many of the players who are out were able to play in the first few games of the season.

Something must change with the man advantage if the Golden Knights wish to continue playing successful hockey. Players like Alex Pietrangelo and Shea Theodore must step up on the power play. Both of these defensemen excel with the puck in their hands and this needs to become a focus on the Vegas power play. If not, Vegas will continue to struggle and it will become much harder to win games.

This lack of offense on the power play has brought back the phrase, “Power Kill” in the Golden Knights community. The team has had much greater success producing offense with a man down. The combination of William Karlsson and Reilly Smith are creating high-value chances on the kill and were able to score against the Avalanche. Although it is a good sign that the penalty kill is working at a high level, in order for the Golden Knights to be a dominant team, they must figure out how to score with a man-up.

The Golden Knights are in a unique situation. The number of injuries they have suffered early in the season has taken a toll. However, Vegas is a resilient group and is finding ways to win games despite the numerous factors working against them. Even in the team’s losing efforts, the Golden Knights were still in the game for most of the time. With a strong group of leaders still on the active roster, Vegas finds itself in a spot to still compete and win games.

I am a former Jr. A hockey player that is currently attending school at San Diego State University. At SDSU, I study Journalism and Public Relations while also playing on the school’s rugby team. Hockey has been a big part of my life, as I have been playing since I was three years old. Other than hockey, I enjoy watching and playing all kinds of sports.