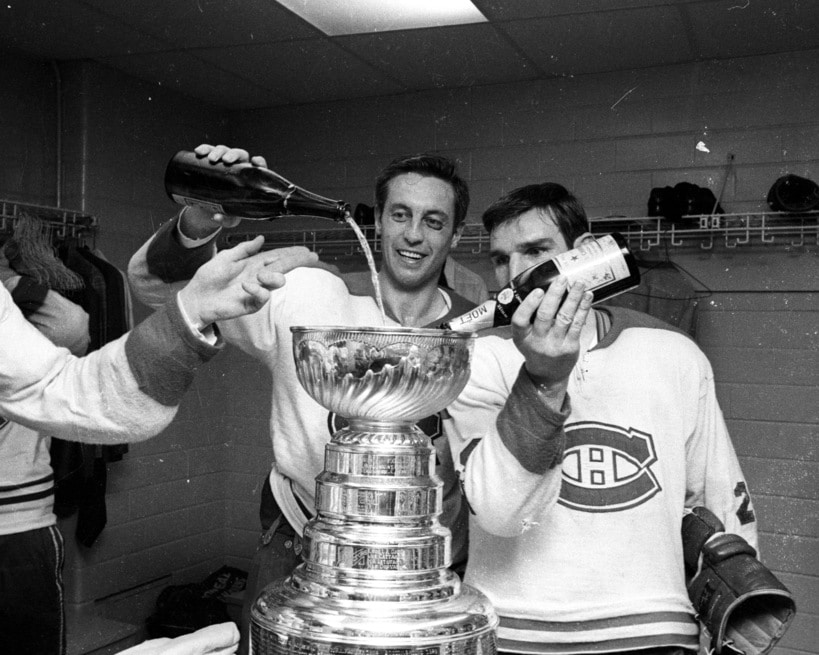 Some of the most legendary players in National Hockey League history added to their resumes on this date. Detroit and Montreal proved why they are two of the game’s most historic cities on Oct. 29, while fans in Pittsburgh got to witness greatness on multiple occasions. The THW time machine is fueled up and ready to take us back through the years to revisit all the great moments from this date.

Mario Lemieux’s Hall of Fame career was full of outstanding performances and personal milestones. He had three big moments on this date over the years.

First, on Oct. 29, 1988, Lemieux scored a goal and added three assists to lead the Pittsburgh Penguins to a 5-4 win at the Montreal Canadiens. In 42 career games against his hometown team, he had 27 goals and 68 points.

On Oct. 29, 1992, Lemieux extended his goal-scoring streak to 11 straight games by scoring twice in the Penguins’ 6-4 loss to the St. Louis Blues. He also picked up two assists to complete a four-point night. Rich Sutter had four assists to lead the Blues offense. Big news was made after the game when St. Louis head coach Bob Plager resigned. He was eventually replaced by Bob Berry.

Some of the greatest players in the storied history of the Detroit Red Wings left their mark on this date.

Rookie Alex Delvecchio had two assists on Oct. 29, 1951, in the Red Wings’ 2-2 tie with the Toronto Maple Leafs. He scored 15 goals and 37 points during his first season in the NHL.

Both Howe and Delvecchio hit major milestones on Oct. 29, 1970, in the Red Wings’ 5-3 victory over the Boston Bruins. Howe picked up two helpers to become the first player in NHL history to record 1,000 career assists. One of those assists came on Delvecchio’s 400th career goal as he became just the fifth player ever to reach that plateau.

Floyd Curry scored the only hat trick of his career, on Oct. 29, 1951, in a 6-1 victory over the New York Rangers. He picked the perfect night to score a natural hat trick in the second period as the future Queen of England, Princess Elizabeth, and Duke of Edinburgh were in attendance at the Forum.

One year later, on Oct. 29, 1952, Maurice Richard scored two goals in a 7-5 loss at the Toronto Maple Leafs. His pair of tallies gave him 324 career goals, which, at the time, tied him with Nels Stewart for the most all-time in league history. He also recorded two assists for a four-point game.

On Oct. 29, 1960, Bernie Geoffrion had three assists to lead the Canadiens to a 3-2 win over the Bruins. He finished the 1960-61 season with 50 goals and a career-high 95 points. He won the Hart Trophy for being voted the league’s most valuable player and the Art Ross Trophy for finishing as the top scorer.

Related – Canadiens’ Retired Jerseys – the Story of a Famed Franchise

Guy Lafleur scored three times in the first period on Oct. 29, 1977, to become the 11th player in franchise history to score 250 goals. The milestone goal came in the Canadiens’ 5-3 loss to the visiting Los Angeles Kings

Glenn Hall of the Blackhawks became the seventh goaltender in league history to win 250 games on Oct. 29, 1963, with a 5-1 victory over the Red Wings. Kenny Wharram led the scoring with his first career hat trick.

On Oct. 29, 1974, Bob Nystrom scored late in the third period to help the Islanders earn a 1-1 tie with the Rangers. This was the first point the Islanders ever earned at Madison Square Garden.

Lanny McDonald scored three goals and added an assist on Oct. 29, 1977, for his fourth career hat trick. Darryl Sittler also had a goal, and three assists as the Maple Leafs beat the visiting Red Wings 7-4.

Kirk Muller scored his first NHL hat trick and added three assists on Oct. 29, 1986, to establish a New Jersey Devils’ single-game franchise record with six points in an 8-6 win at the Penguins.

The Devils played the first-ever NHL game at the Raleigh Arena versus Carolina Hurricanes on Oct. 29, 1999, and came out with a 4-2 win. Ken Daneyko made his history when he took to the ice as he became the first player to ever appear in 1,000 games for the Devils.

On that same night, Doug Gilmour scored the 400th goal of his career in the Blackhawks’ 4-2 victory at the Red Wings.

Jocelyn Thibault became the 54th goaltender in NHL history to win 200 career games on Oct. 29, 2002, in a 3-2 Blackhawks’ win over the Columbus Blue Jackets. Tyler Arnason scored the game-winning goal with 6.2 seconds remaining in the third period.

On this date in 2009, Alex Ovechkin tied the league record for the most multi-goal games during the month of October. He scored two twice in the Washington Capitals’ 4-3 win over the Atlanta Thrashers for his sixth game of the month with more than one goal.

On Oct. 29, 2011, Dwayne Roloson made 28 saves to lead the Tampa Bay Lightning to a 1-0 win over the Winnipeg Jets. It was the 29th shutout of his career and improved the 42-year-old netminder’s all-time record against the Thrashers/Jets to 10-0-0.

A very impressive group of 28 current and former NHL players share a birthday today, including a pair of Hockey Hall of Famers.

Islanders legend Denis Potvin was born on this day in 1953 in Ottawa. He spent his entire career in New York, scoring 310 goals and 1,052 points in 1,060 games. When he retired in 1998, he was the highest-scoring defenseman in league history. He’s still the seventh on that list.

Mike Gartner was born on Oct. 29, 1959, also in Ottawa. He played in 1,432 games for five different teams during his 19-season career. Known for being one of the fastest players in the game, he is seventh all-time in goals with 708.