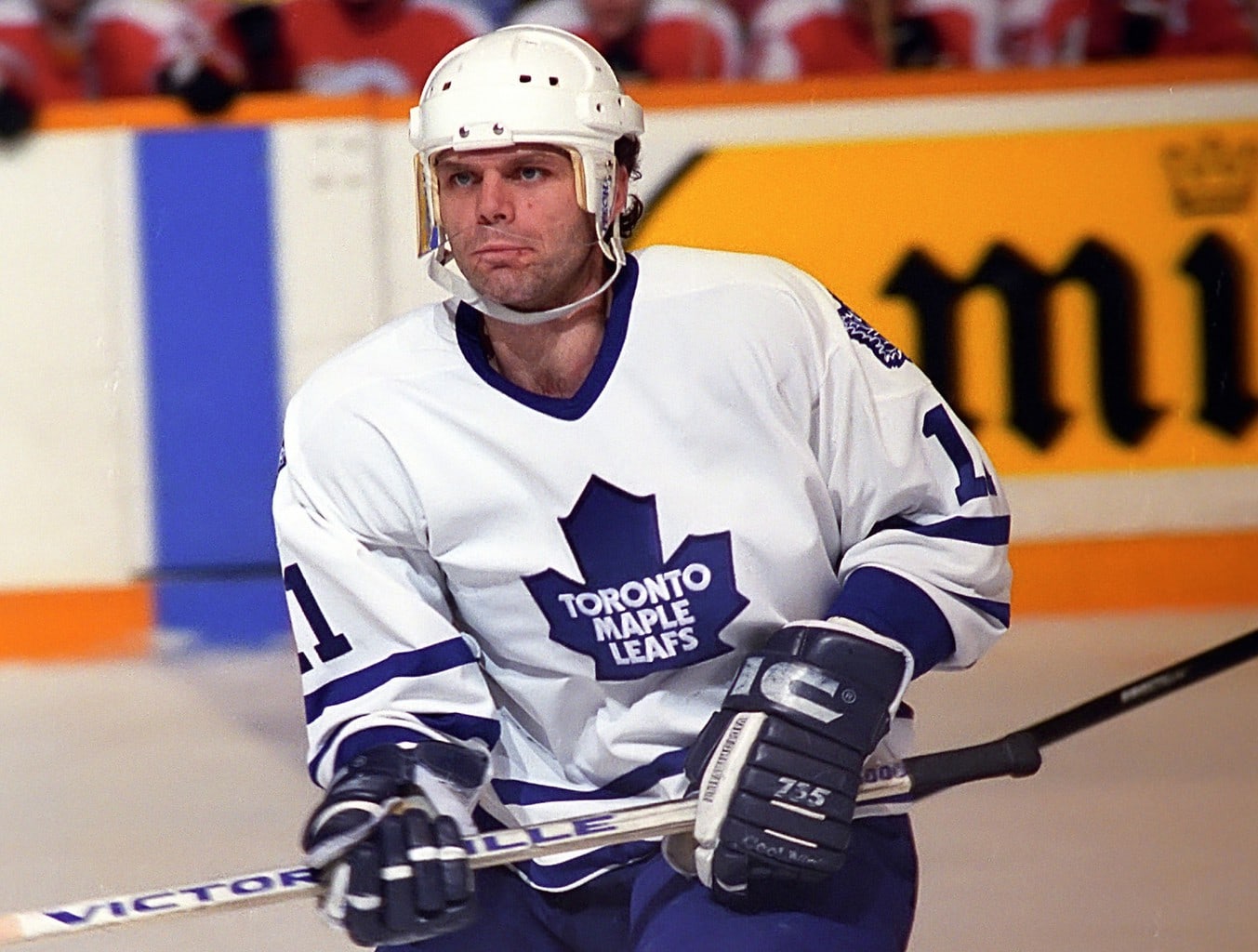 Right winger Mike Gartner played 19 seasons in the National Hockey League. He scored at least 30 goals in 17 of those 19 campaigns. This phenomenal feat is an NHL record that seemingly only Alexander Ovechkin will ever be able to break.

Such production out of a player is rarely ever seen. In fact, on Mar. 26, 1994, Gartner – who was playing for the Toronto Maple Leafs at the time – became the first player in NHL history to score 30 or more goals in 15 straight seasons. Ovechkin recently equaled this achievement during the 2019-20 season.

With 708 career goals to his credit – currently 7th most all-time – there was absolutely no question regarding Gartner’s induction into the Hockey Hall of Fame in 2001. The honor was deserved, and then some. About the only achievement that ever eluded him was a Stanley Cup ring. This in and of itself may be looked at as a disappointment, though not in terms of Gartner himself – many fans, for his sake, would have simply loved to have seen him win it just once.

THW takes a look back on Gartner’s career and some key aspects of his accomplishments as a true hockey great.

Mike Gartner was born in Ottawa, Ontario, in 1959, but he grew up in the Toronto suburb of Mississauga where he learned to play the game. He played in the Ontario Hockey Association (OHA) for the St. Catharines Black Hawks and Niagara Falls Flyers, earning enough recognition to be drafted by the Washington Capitals fourth overall in the 1979 NHL Draft.

Despite the high draft selection, he spent the first year in World Hockey Association (WHA) for the Cincinnati Stingers. He finished the 1978-79 season with 27 goals and 25 assists for the Stingers and finished second to Wayne Gretzky for Rookie of the Year.

Interestingly enough, Gartner also generated 123 penalty minutes in that first professional season. Fascinating to think that he likely could have earned his first 30-goal season in the WHA if it were not for that sizable PIM total.

Gartner would earn immediate success after making the jump to the NHL in 1979-80. As a first-year player for the Washington Capitals, he tallied 36 goals and 68 points to lead the team in both categories. Gartner would be the team’s leading scorer in four of his nine full seasons in the capital city.

During the 1984-85 season, he finished with 50 goals, 52 assists and 102 points – all career highs in each of those three categories. For a player who scored more than 700 times and finished with over 1,300 points, it is rather astounding that Gartner only surpassed the 50-goal and 100-point plateaus just this once.

In what would be a true “hockey trade”, Gartner and fellow Hall of Fame teammate Larry Murphy were traded to the Minnesota North Stars on Mar. 7, 1989 in exchange for Dino Ciccarelli and Bob Rouse. While the two blueliners, Murphy and Rouse, were a swap of offensiveness for defensive grit respectively, Gartner for Ciccarelli was an exchange of two 50-goal scorers.

However, Gartner’s stay in Minnesota was very short-lived. He would not play one full season as a North Star, as the team traded him to the New York Rangers on Mar. 6, 1990 – almost exactly a year later. He would, however, score 41 goals in total while with Minnesota, and maintained his seasonal 30-goal streak in return.

While in New York, Gartner demonstrated his best consistency as a goal scorer. Including the season of the trade from Minnesota (1989-90), he assembled four straight seasons of 40 or more goals for the “Blueshirts”.

Though he had some of his finest seasons as a Ranger, Gartner would end up missing out on the team’s breaking of the 54-year curse. Rather, he would end up being traded to the Toronto Maple Leafs on Mar. 24, 1994.

While there were other smaller components to the deal, the main crux of it was that New York acquired 5-time Stanley Cup champion Glenn Anderson on the return. The rest is history, as the 1993-94 Rangers became Stanley Cup champs – without Gartner, unfortunately.

While it was ultimately the Rangers who won the Cup, 1993-94 saw Gartner get his closest to the Stanley Cup Final. The Maple Leafs would make it to the semi-finals where they lost in five games to the Vancouver Canucks. Gartner’s 18 postseason games that season were his most in a single season for his career.

The lockout-shortened 1994-95 season was the first to see Gartner not reach the 30-goal mark. In what was supposed to be his first full season with the Leafs, he played in only 38 of the club’s 48 regular-season games and went 12-8-20 for scoring.

He rebounded in 1995-96 by playing in all 82 regular-season games and scoring 35 goals in the process. This would be his only true 30-plus goal season for Toronto. Additionally, despite being 36 years old, Gartner won his third-fastest skater competition at the 1996 All-Star Game.

Gartner would have one final season of magic left in him. In June of 1996, he was traded to the relocated Phoenix Coyotes – the fifth team of his NHL career. (from ‘GARTNER LEARNED OF TRADE THE HARD WAY, BUT HE’S OK,’ South Florida Sun-Sentinel, 10/20/1996) At the age of 37, he would proceed to assemble the 17th 30-goal season of his career. In his first season in the desert, Gartner scored 32 goals and 31 assists for 63 points in 82 games.

Following his retirement, Gartner served as the Chairman of the NHLPA’s Goals & Dreams program, and he participated in the NHLPA until 2007. Along with former teammate, Wes Jarvis, he owns and operates three skating rinks in the Toronto area, National Training Rinks.

His number 11 was retired by the Capitals in 2008, and he still participates in Maple Leaf activities as an alum. In 2017, the NHL named Gartner as one of the ‘100 Greatest NHL Players’ in history.