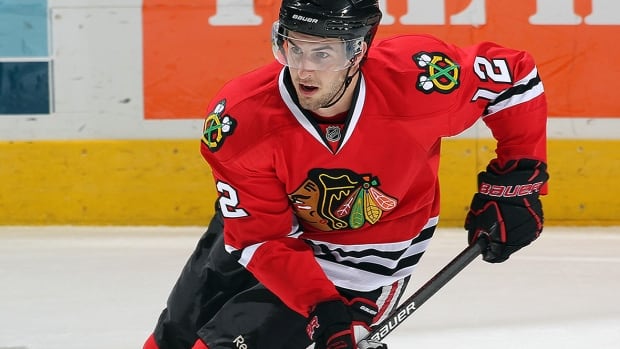 Kyle Beach, who says he was the victim of sexual assault at the hands of a Chicago coach a decade ago, will meet with team officials on Tuesday, The Athletic reported.

Beach sued the team earlier this year. Last week, lawyers for the Chicago club filed documents asking in support of their previous motion to dismiss lawsuits filed by Beach and another person. The team contends the filings were legal procedures and that they intend to enter settlement talks with Beach.

His lawyer, Susan Loggans, said Saturday that she and Beach have a meeting scheduled with the team on Tuesday, per The Athletic.

Chicago CEO Danny Wirtz said he has instructed team attorneys to “see if we can reach a fair resolution consistent with the totality of the circumstances.”

On Saturday, Beach had conversations with NHL commissioner Gary Bettman and with Donald Fehr, executive director of the players’ union. The NHL Players Association’s executive board is scheduled to meet Monday, with the Beach case on the agenda.

Last week, Chicago released the findings of an investigation that showed Beach was sexually abused by Bradley Aldrich, the former video coach.

General manager Stan Bowman resigned, and senior vice president of hockey operations Al MacIsaac was fired for their handling of Beach’s allegations when they learned about them in 2010.

Past and present NHLers are showing support for former Chicago player Kyle Beach, who revealed he was the ‘John Doe’ in the team’s 2010 sexual assault investigation, and some are calling on the league to prove it’s serious about keeping players safe. 1:58