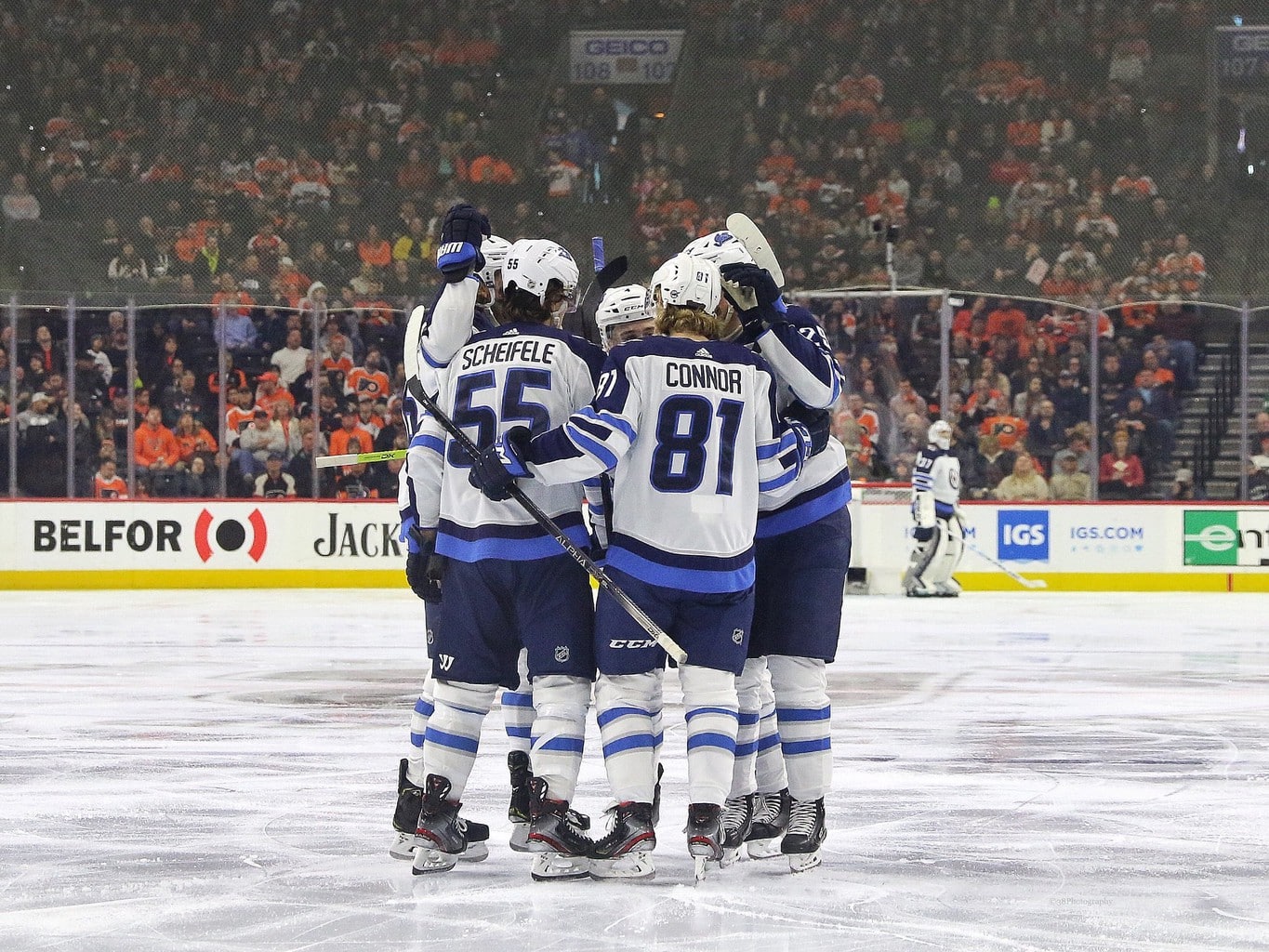 About three weeks ago, I predicted the Winnipeg Jets should come out of October with at least 11 points out of a possible 16. With two trips to California and a seemingly soft start to the season, the offensively laden Jets looked to easily enter November with a minimum record of 5-2-1. It turns out with a win against the San Jose Sharks tomorrow night (October 30), that is a distinct possibility and I will have fooled you, the reader into thinking I know what I am talking about.

However… it’s been an incredibly unconventional October for the Jets, to say the least. They began the season with two losses to the Anaheim Ducks and then the Sharks. I didn’t see that coming. Then lost in overtime to the Minnesota Wild on a razor-thin offside that wiped out Mark Scheifele’s empty goal that would have sealed a victory. I didn’t envision that scenario. That was followed by Jets’ captain Blake Wheeler and Scheifele moving into COVID protocol and missing the past four games. Nobody saw that coming! In their absence, the club has played well and won those four games putting themselves in a position to end the month with 11 points, as I prognosticated earlier. There are two significant reasons they have survived the absence of arguably their two most important skaters, and I’m going to propose an option to the Jets’ brass that I’m sure will fall on deaf ears.

This line put together by coach Paul Maurice works. Simple as that, and it works for a few reasons. Pierre-Luc Dubois and Evgeny Svechnikov were linemates in junior hockey, both playing for the Cape Breton Screaming Eagles in the Quebec Major Junior Hockey League, and in 2015-16 were a scoring tandem that racked up 99 and 79 points, respectively. So previous chemistry already existed there, and then add Kyle Connor to the mix who has instantly meshed with Dubois, and you have the makings of a solid forward trio. In fact, in the past four games, the 2015 first-round pick’s defensive play has improved due to playing with the more defensively responsible Dubois, while the centre’s game has sped up playing with the lightning-fast Connor.

The numbers don’t lie. Connor is the current NHL First Star of the Week, and Dubois has had an electric start to the season as I predicted he would. Yes, I know… others did too. Since being introduced together, this line has combined to produce eight goals and 11 assists in the four games. Connor and Dubois have scored nine and seven points, respectively, and have demonstrated a cohesiveness nearly as natural as macaroni and cheese.

Andrew Copp was on a line with Dubois and Nikolaj Ehlers before Wheeler and Scheifele were quarantined, which worked well. In the last four games, he has centered a line with Ehlers and Paul Stastny, which has also produced significantly by adding seven goals and 14 points to the totals. Copp is consistent, versatile and very intelligent, which makes him kind of like playdough… you can do anything with it, and it never disappoints.

Copp is the quintessential professional, does what he’s asked, works extremely hard and always seems to get better. He plays on the power play, is a defensive gem, and is a key component to the penalty kill. To add icing to the proverbial cake, in the Jet’s last-minute victory over the Ducks on Tuesday, he won both key offensive zone faceoffs that directly led to Ehlers’ tying, then game-winning goal with just over a minute left in regulation time.

The Jets’ top-six forwards have done an excellent job under some very extenuating circumstances and have launched their team out of a three-game winless streak and into a four-game winning streak. The question then is what to do when Scheifele and Wheeler return? Here’s my proposal that is likely to completely consume the next Jets’ coaches’ meeting… or not. Keep Copp on the top line with Ehlers, toss Scheifele between them at center ice, then maintain the Connor-Dubois duo and put Wheeler on their wing. This leaves you with a potent third line of Statsny and Svechnikov centered by Adam Lowry. It all works according to this brain.

Like they do in mystery movies, let me reveal what will really happen. Coach Paul Maurice loves the Connor/Sheifele/Wheeler trio. It’s safe, reliable and he knows exactly how it works. I would be royally shocked if we didn’t see a return to this line in their return to active duty. The status quo will continue with Ehlers and Copp rejoining their season-opening line with Dubois in the middle. Finally, Statsny and Lowry will be joined on the third line by Svechnikov or Kristian Vesalainen. To be fair, these lines also work, which illustrates the depth and flexibility of the Jets’ offensive talent. The following article was just written yesterday by a colleague who explains this very well in detail.

Regardless of how the pieces fall into place with the return of Wheeler and Scheifele, the Jets have demonstrated two key elements to their game in their absence. Firstly, their depth upfront is real, and they can score frequently on a nightly basis. Don’t look for this team to be shut out anytime soon, and by the end of the regular season, the Jets will be in the upper echelon of goal-producing teams. Secondly, they are resilient. The undeniable leaders of the team were unavailable for 10 days, and not only did they succeed, but they also thrived. The Jets’ offence did not miss a beat in the last four games and, in fact, produced at a higher clip than before the COVID-related issues. After tomorrow and what I think will be another Jets win, they should stand with the predicted 11 points in October! But as the Jets’ first month has shown, expect the unexpected.

Keith Forsyth is a freelance writer and sports junkie from rural Manitoba who is covering the Winnipeg Jets for The Hockey Writers.  Keith loves all sports and is a huge fan of the NFL (Skol Vikings… if you know, you know) and the Montreal Expos (they’re coming back… you watch!). He recently retired from the education world teaching high school, where his greatest passion was coaching young athletes.  He brings that same logical, behind the bench type of approach to you as he delivers an insightful look into the NHL and specifically the Jets.  For interview requests or content info, follow Keith on Twitter or his social media accounts.  They appear under his photo on articles like this one.