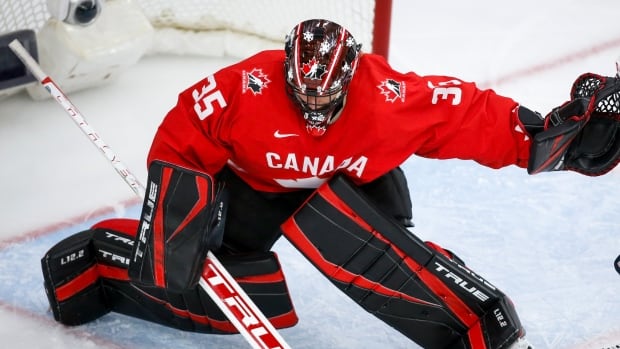 The Canadian women’s hockey team lost 2-0 to the AJHL’s Camrose Kodiaks on Wednesday.

The Canadian women were coming off 3-1 and 3-2 wins over the U.S. women to open a nine-game Rivalry Series.

Twenty-nine women have been centralized in Calgary since July to both try out for the women’s Olympic team and prepare for February’s Winter Games in Beijing.

Canada won a women’s world championship for the first time since 2012 on Aug. 31 when the Canadians edged the Americans 3-2 in overtime in Calgary.

The women have made games against male Junior-A clubs part of their Olympic preparation.

They’ve gone 0-5 against BCHL and AJHL clubs with one more scheduled game remaining against the Calgary Canucks on Jan. 10.

The women head to Finland for a three-game series against that country’s national women’s team Nov. 11-14.

Canada’s 23-player Olympic team is expected to be announced in December.