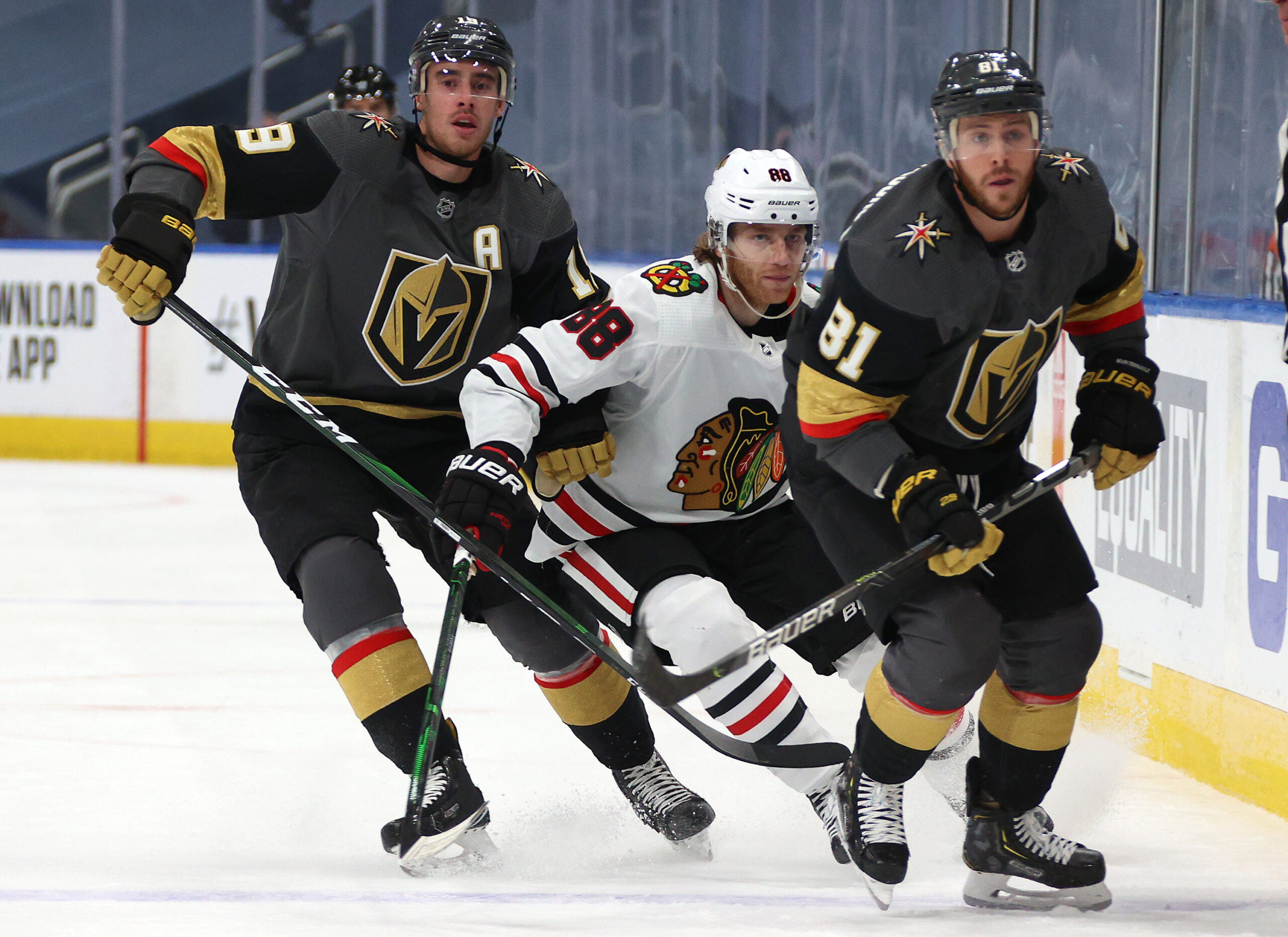 It’s no secret that the Vegas Golden Knights have underperformed this season. A team that was hyped and slated to head all the way to the Stanley Cup Final, is now struggling to make it up the Pacific Division standings. The general “vibe” around the team has been somewhat negative, as fans are quickly losing patience. Sure, they just defeated the Ottawa Senators 5-1, but if we’re being honest, it’s the Senators; they’re not the strongest team in the league.

Seeing as the Golden Knights have been struggling this season, and seeing as I am the ultimate optimist — even if my house is on fire I’ll try and find the good in the situation — I wanted to find some solutions that management would be able to implement to get the team back on track. You may be wondering what they are, so I’ll give you some hints. The strategies include contacting Doc Brown, taking a page out of “The Exorcism’s” book, and calling on the most experience surgeons to complete Jack Eichel’s surgery.

Still confused? Don’t be. Just sit back, pour up some of your favorite house-blend coffee or kombucha, and enjoy the three strategies the Golden Knights could use to get their season back on track. Without further ado, let’s jump right into it.

Time-travel? What? I’m not kidding. The Golden Knights still have an original member on the team in William Karlsson. In saying that, the Swede has not performed up to par this season. Add to that, he will be out for the next 4-6 weeks. Injuries are serious and should be taken seriously, and I wish him a speedy recovery. However, before his injury Karlsson wasn’t playing like he could have. More specifically, he wasn’t playing like he did in 2017-18.

In that inaugural season he scored 43 goals and 35 points, good for a career-high 78. The stat that stands out the most is that the center had a plus/minus ratio of plus-49; keep in mind this was on an expansion team. This led to Karlsson capturing the Lady Byng Memorial Trophy, as he seemingly came out of nowhere. You may be saying “that’s cool, but what does that have to do with time travel?”

Well, if Golden Knights’ management can somehow get into contact with Christopher Lloyd — the actor who played “Doc” in the “Back to the Future” franchise — then maybe we can travel back to the start of the 2017-18 season and bring that Karlsson here. This isn’t a permanent solution, this would last until the “real Karlsson” is well enough to come back from injury.

The Golden Knights’ PR team will have to do some trickery, coming up with the “he saw a holistic healer and that’s why he’s healed so fast” excuse, but I’m sure it will fly. The Golden Knights have been riddled by injuries this season — it would not hurt to explore this option further.

Speaking of injuries, it seems like the Golden Knights have been cursed by them this season. They are currently missing captain Mark Stone, sniper Max Pacioretty, Karlsson, Nolan Patrick, and they even traded for someone who is injured (Jack Eichel)! All these injuries quickly add up, and it would be asking a lot from the team’s depth forwards to single-handedly take this team to the promise land.

So, what could they do about this injury bug? Well, I personally know some Greek Orthodox priests who can fly into Vegas to exorcise the team’s injury woes. I’ve seen “The Exorcist” enough times to understand that this is how it works; you call a Greek Orthodox priest, they perform an exorcism, and the problem is solved. This team needs as much help that it could get, so this option should be explored by management. The best part about it; the priest will do it for free, although tips of minimum $100 are always appreciated — flight and transportation need to be covered, too.

As stated earlier, the Golden Knights pulled the trigger on a blockbuster trade this week, acquiring Eichel from the Buffalo Sabres. He may just be the elite center the team needs to push them to their dream of hoisting the Stanley Cup. In saying that, we won’t be seeing him on the ice anytime soon, as he will be going in for neck surgery.

Now, if you are not familiar with the “Six Million Dollar Man,” it was a popular television show that ran from 1973-1978. It followed the life of former astronaut Steve Austin, who, after a NASA test flight accident, went into surgery and was “rebuilt” with superhuman strength, speed, and vision, mainly due to the implantation of bionic parts, all of which cost an estimated six million dollars.

I’ve done the research and Area 51 is only 82 miles from Las Vegas. With Eichel heading to the operating table in the next little while, the Golden Knights should act fast and negotiate a deal to get some bionic parts for the Boston native’s surgery. Could you imagine acquiring a player with the speed of a fighter jet, the strength of a bulldozer, and the vision (which is great in hockey terms) of a pair of infrared binoculars. I don’t know about you, but that sounds like the largest lopsided trade in NHL history.

Not to Be Taken Seriously

I hope you all enjoyed this article, which was meant to brighten up some of your days. It’s tough being an NHL fan sometimes, especially when your team isn’t doing that well, so if you gained some sort of enjoyment from this article, then my objective was met. I do have to say that none of this should be taken seriously — it was all for “shoots and giggles.” However, if someone does have Area 51 contacts, private message me.

Feel free to get creative as possible — what are some of your “outlandish” strategies to get the Golden Knights back on track? Let me know in the comments below!

Michael Vidakis is a Montreal native who writes for the Vegas Golden Knights team here at The Hockey Writers. In his spare time, he enjoys the finer things in life such as Jean-Claude Van Damme movies, staring aimlessly outside windows and tangerines.