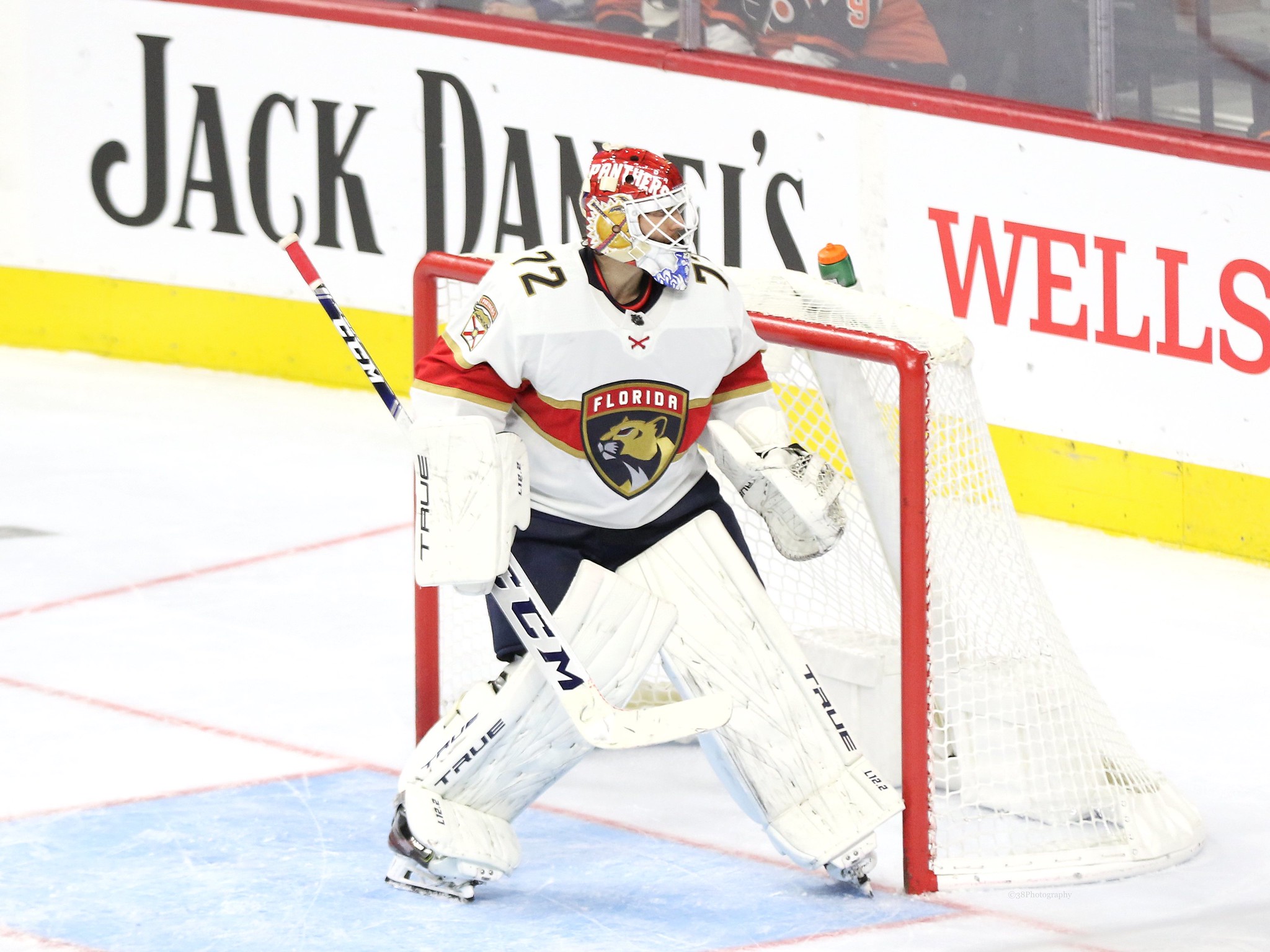 Welcome to the third edition of my weekly NHL Power Rankings for The Hockey Writers, where the league’s top half is evaluated. These rankings will focus on how the teams have performed in the past week of play and will significantly factor in their overall strength and where they are at the time in the standings. With that said, let’s take a look at the top 16 teams in the league at this moment.

The Colorado Avalanche began the 2021-22 season as legitimate Stanley Cup contenders, but they have struggled out of the gate. Through 10 games this season, their record sits at a very disappointing 4-5-1.

Mikko Rantanen was able to return to the lineup Saturday, which may be what it takes to get them going. It seems crazy not to include a roster this stacked in a top 16 power rankings list, but if they aren’t able to figure things out soon, that may be exactly what happens.

Just when it seems the Vegas Golden Knights are getting into a bit of a rhythm, they dropped Sunday night’s contest against the Detroit Red Wings. The inconsistencies to begin the 2021-22 season for this team are extremely frustrating and something that they will need to figure out in a hurry.

Injuries appear to be crushing this team right now, and they desperately need guys like Evgenii Dadonov and Reilly Smith to step up. Another off week could see them slide off this list, something that nobody would have imagined prior to the 2021-22 season beginning.

After a slow start to the season, the New York Islanders appeared to be trending in the right direction this week with wins over the Montreal Canadiens and Winnipeg Jets, but they were unable to make it three straight with Sunday’s loss to the Minnesota Wild. The only positive from Sunday’s game was that Semyon Varlamov was able to make his first start of the season, stopping 34 of 37 shots.

While Sunday’s loss was disappointing, this team appears to be slowly turning things around. It shouldn’t be much longer until they are able to figure it out and get back to being one of the NHL’s best teams.

Columbus Blue Jackets fans won’t be happy with this ranking given that their team has won three straight and sits at a solid 7-3-0 through 10 games. However, they have had a relatively easy schedule to this point, which is why they rank low on this list.

If they are able to keep this going, they will climb this list in a hurry. That is a tough ask, given that they will be without their most skilled forward in Patrik Laine for at least a month with an oblique strain.

The New York Rangers had a rough week. First, they lost to the Vancouver Canucks 3-2 in overtime. They then followed that up with a 6-5 overtime loss to the Edmonton Oilers, a game in which they had a three-goal lead. While those losses were disappointing, they weren’t nearly as ugly as Saturday’s game against the Calgary Flames, where they got blown out 6-0.

This team still has a ton of promise and should be able to rebound from the off week. The biggest disappointment for them this far is Artemi Panarin, who despite having 11 points in 12 games, has not looked like his dominant self. That should change soon.

At this time last week, the Washington Capitals had let to lose a game in regulation and looked like one of the best teams in the league. They struggled this week, however, losing all three of their games, though it is fair to mention it was a tough schedule against the Tampa Bay Lightning, Florida Panthers and the Philadelphia Flyers.

The good news for this team is that Ovechkin looks as good as ever with 10 goals and 18 points through 11 games. The troublesome news is that their goaltending has been an issue, as both Vitek Vanecek and Ilya Samsonov have struggled with consistency early on.

The Jets haven’t garnered much discussion early on this season, but they have a solid 6-3-2 record. Their forward group is as good as any in the league, and it hasn’t been at their best yet as both Mark Scheifele and Blake Wheeler have yet to find the back of the net.

Even more surprising is that Connor Hellebuyck has struggled early on, and as a result, he’s seeing his playing time getting cut into by Eric Comrie, who is red hot right now. Hellebuyck is simply too good to continue to struggle for much longer, and once he gets back on his game, this team will be very dangerous.

After a frustrating 2020-21 season, the Flyers look like a contender out of the East once again. Their defensive play, in particular, has been much better, which has helped goaltender Carter Hart in a major way.

Newcomer Cam Atkinson has been a huge help with six goals through 10 games. Claude Giroux looks as good as he has in quite some time as well, with 12 points on the season. They don’t seem to have the respect around the league that they deserve just yet, but that should soon change.

The reigning back-to-back Stanley Cup champions are beginning to look more and more like themselves. It was difficult to advance them on this list for this week, given how well the teams ahead of them are playing, but it shouldn’t be long until they are right near the top. They just need to get some more consistency into their game first.

After a slow start to the season, Andrei Vasilevskiy has turned things around as expected and is back to playing like the best goaltender in the world. Despite being without Nikita Kucherov, this roster is still one of the best, if not the best, in the entire NHL.

Though their six-game win streak came to an end on Tuesday in a game against the Nashville Predators, the Flames appear to be a much better team than they were in 2020-21. It seems as though head coach Darryl Sutter’s defensive style hockey is really paying off, as Jacob Markstrom already has four shutouts in just nine starts.

While Markstrom is undoubtedly the team’s MVP in the early going, they are also getting great offensive contributions from Elias Lindholm and Johnny Gaudreau. There were a ton of question marks facing this team after a down 2020-21 season, but as of right now, they are looking like one of the best teams in the Pacific Division.

The St. Louis Blues continue to chug along this season, now sitting at an impressive 7-2-1 through 10 games. Vladimir Tarasenko, who requested a trade this summer, has been incredible in the early going and is tied with David Perron for the team lead in points with 11.

Jordan Binnington has been great in the early going as well, looking like the goalie he was during the 2018-19 season when he led the Blues to their first-ever Stanley Cup. Expectations for this team coming into the season were varied depending on who you talked to, but the overall public perception is beginning to shift from bubble playoff team to Stanley Cup contender.

Early on this season, it was panic mode in Toronto, as the Maple Leafs couldn’t seem to do anything right. They have turned things completely as of late, however, and are currently on an NHL best five-game win streak.

The biggest reason for this turnaround is the play of Mitch Marner, who has quickly gotten going after a slow start with 11 points in his last five games. They should continue to be a very good team for the remainder of the regular season, but whether or not they are able to finally get over that playoff hump remains to be seen.

What is so impressive about the Wild’s start to the season is the fact that they have been winning games despite Kirill Kaprizov not scoring many goals. The 24-year-old was finally able to score his first goal of the season against the Ottawa Senators on Tuesday, and appears to be heating up as he got another against the Pittsburgh Penguins on Saturday.

They received some good news on Sunday as well, as Mats Zuccarello, who had been their best player to start the season, was activated from the COVID-19 protocol list and was able to play in Sunday’s win over the Islanders. They should continue surprising people as the season moves along.

The Carolina Hurricanes were the final team to lose a game in the 2021-22 season, as they hopped out to an impressive 9-0-0 start. They had a chance to really cement their status as the league’s best current team on Saturday night against a very good Florida Panthers team, but they came out of the gates extremely slow, trailing 4-0 after the opening period.

They were able to make the game closer but ultimately still lost 5-2. But make no mistake, they are still one of the league’s best despite the disappointing showing. They have a tough week ahead with games against the Lightning, Flyers and Blues, but they’re capable of winning all three if they are at their best.

The Oilers looked to be in big trouble on Friday night as they found themselves down 4-1 against the Rangers. They were able to storm back, however, and tied things up at 4 apiece, before Mika Zibanejad once again put the Rangers ahead 5-4. That goal would have deflated many, but not Connor McDavid, who shortly after scored what will likely be the goal of the year to tie things up at five.

The game then headed to overtime, where the Oilers’ other elite star in Leon Draisaitl, scored the winner. This team is no longer the top-heavy roster they once were, as guys like Zach Hyman and Jesse Puljujarvi have helped Ryan Nugent-Hopkins with secondary scoring. Goaltending continues to be a question mark, but this offence, in particular, their power play, is downright scary.

Last week, some Panthers fans voiced their displeasure on being placed behind the Hurricanes on this list. Their team was able to back them up and reclaim number one status after their very impressive performance over the Canes on Saturday.

The only concern regarding this team as of now is injuries. Both Sergei Bobrovsky and Aleksander Barkov were forced to miss Saturday’s contest, while Sam Bennett and Joe Thornton are on the injured reserve. Thankfully it sounds as though none of these injuries are serious, meaning they should continue to be a powerhouse moving forward.

These rankings will continue to change each week throughout the season, as all teams go through highs and lows. Of course, the true contenders will likely always remain on the list, but where they are ranked could change each and every week. Tune in at this time next week to see the changes!