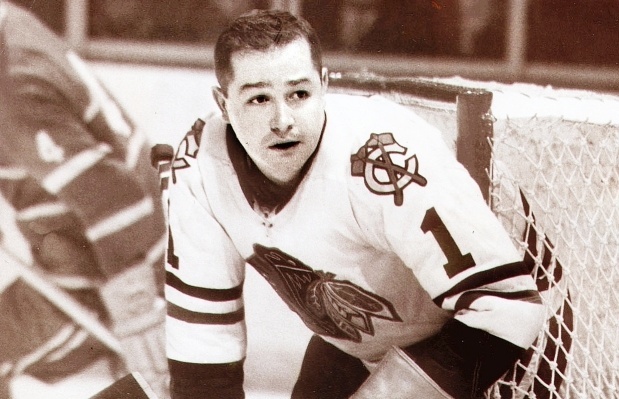 One of the biggest trades in National Hockey History went down on this date as two heated rivals swapped star players. Also, Nov. 7 has seen some of the best players to skate in Detroit have big moments, and multiple defensemen have big nights on the scoresheet. The THW time machine is fired up and ready to take us back through the years to relive all the great memories.

Esposito was famously not happy about being traded to one of his most-hated rivals. In fact, back in 2013, he showed that he had yet to move on.

I didn’t choose to leave Boston. I signed a contract in Boston for less money than I could have gotten from going to the WHA. I could have made millions doing that. And you know how they repaid me? Three weeks later, they traded me (to the New York Rangers).

From “Esposito brothers split on how much Boston-Chicago final means” by Steve Simmons – Toronto Sun, 6/11/13

He didn’t let his feelings affect his play, as Esposito was in uniform for the Rangers later that night. He scored two goals and added an assist in the Rangers’ 7-5 win over the Oakland Seals.

Hall of Fame goaltenders Jacques Plante and Glenn Hall were connected during their lengthy careers. They spent years as rivals before eventually spending two seasons as teammates with the St. Louis Blues. Both netminders had numerous memories on this date.

On Nov. 7, 1957, Plante recorded his 27th career shutout in the Montreal Canadiens 6-0 win over the Detroit Red Wings. Maurice Richard and Claude Provost each scored a goal and added two assists to lead the offense.

Two years later, on Nov. 7, 1959, Plante started a game for the Canadiens wearing a face mask for the first time in his NHL career, six days after initially putting it on, in a 2-2 tie with Hall and the Chicago Blackhawks.

Hall earned the 38th shutout of his career on Nov. 7, 1961, as Bill Hay racked up four assists in the Blackhawks’ 6-0 victory over the visiting Toronto Maple Leafs.

One year later, on Nov. 7, 1962, Hall made his 502nd consecutive start in a 3-3 tie against the Bruins. He had played in every minute of the previous 501 games, but that streak came to an end when a back injury forced him out of the game, and Denis DeJordy replaced him.

On Nov. 6, 1965, Hall recorded another shutout in a 9-0 beating of Toronto. Bobby Hull was the star of the night by scoring his 15th career hat trick and adding three assists. He went on to score a league-record 54 goals during the 1965-66 season.

Finally, on Nov. 7, 1968, Plante recorded his 65th career shutout in the Blues’ 8-0 win at the Philadelphia Flyers. St. Louis center Red Berenson scored six goals and added an assist to become the first player to have a six-goal game in the NHL since the Red Wings’ Sid Howe back in 1944.

Rookie Alex Delvecchio scored the first two goals of his NHL career on Nov. 7, 1951, and added an assist in the Red Wings’ 4-4 tie against the Rangers. Twenty-two years later, on Nov. 7, 1973, the Red Wings fired head coach Ted Garvin and named Delvecchio as his replacement. However, he hadn’t retired yet, so Garvin coached his final game that night. Delvecchio officially retired two days later and began coaching.

On Nov. 7, 1954, Ted Lindsay became the first player in franchise history and the fifth-ever in the NHL to score 250 goals. Goaltender Terry Sawchuk earned his 48th career shutout in a 1-0 victory over the Rangers.

Gordie Howe picked up an assist on Nov. 7, 1968, for the 1600th point of his remarkable career. The milestone helper came on Delvecchio’s first-period goal in a 5-2 win over the Minnesota North Stars.

A Big Date for Defensemen

Jon Van Boxmeer had a huge night on Nov. 7, 1981, in the Buffalo Sabres’ 6-2 road win at the New York Islanders. He scored a natural hat trick and added two assists to set a single-game franchise record for the most points by a defenseman.

Bruce Driver became the all-time leading goal-scorer among the New Jersey Devils’ defensemen on Nov. 7, 1990, in a 6-3 loss to the Islanders. He has since been passed by a pair of Hall of Famers, Scott Niedermayer, and Scott Stevens.

Defenseman Doug Crossman scored his first career hat trick on Nov. 7, 1992, including the winning goal in overtime. He also picked up three assists to lead the Tampa Bay Lightning to a 6-5 win at the Islanders, to give Terry Crisp his 150th NHL win.

Brian Leetch scored in overtime on Nov. 7, 2002, to lead the Rangers past the Calgary Flames 1-0. With the tally, he became the first defenseman to score seven regular-season overtime goals in league history.

Darryl Sittler picked up an assist on Nov. 7, 1979, to become only the third player ever to score 700 points with the Maple Leafs. Defenseman Borje Salming added four assists as Toronto won 7-4 in St. Louis.

The Edmonton Oilers beat the Winnipeg Jets 4-2 on Nov. 7, 1980. Playing in just his 92nd career game, Wayne Gretzky picked up the 100th assist of his early career.

The Washington Capitals retired their first number in franchise history on Nov. 7, 1981, as they sent Yvon Labre’s No. 7 up to the rafters. The defenseman had 12 goals, 96 points, and 756 penalty minutes in 334 games.

On Nov. 7, 1982, Gilbert Perreault became the first player in Sabres’ history to score 400 goals as a member of the team. The milestone came in Buffalo’s 3-1 win over the Vancouver Canucks.

Bernie Nicholls became the fifth player to score 200 goals in a Kings’ uniform on Nov. 7, 1987, during their 5-4 win over the Rangers. In that same game, former Kings great Marcel Dionne became only the third player in NHL history to record 1,000 career assists when he scored two goals and added an assist in the losing effort. He joined Howe and Gretzky in the 1,000-assist club. There are currently 13 players to hit this plateau.

Bobby Holik scored the 5,000th goal in Devils’ franchise history on Nov. 7, 2001. He had a pair of goals and an assist to lead New Jersey to a 3-2 win versus the visiting Atlanta Thrashers.

Mike Modano scored two first-period goals on Nov. 7, 2007, to become the highest-scoring player in NHL history born in the United States. He reached 1,233 points to pass Phil Housley in a 3-1 road win at the San Jose Sharks.

That same night, Roberto Luongo made his 972nd appearance to pass Sawchuk for the third-most in NHL history. He made 45 saves, but it wasn’t enough as his Florida Panthers lost 3-1 to the Carolina Hurricanes. He retired in 2019 with 1,044 games played, second only behind Martin Brodeur.

Nov. 7 has been the birth date of 17 players who have played at least one game in the NHL. The most notable players of this lot are Metro Prystai (87), Ernie Hicke (74), Mike Commodore (42), Pascal Leclaire (39), and the late Hall of Famer Rusty Crawford.