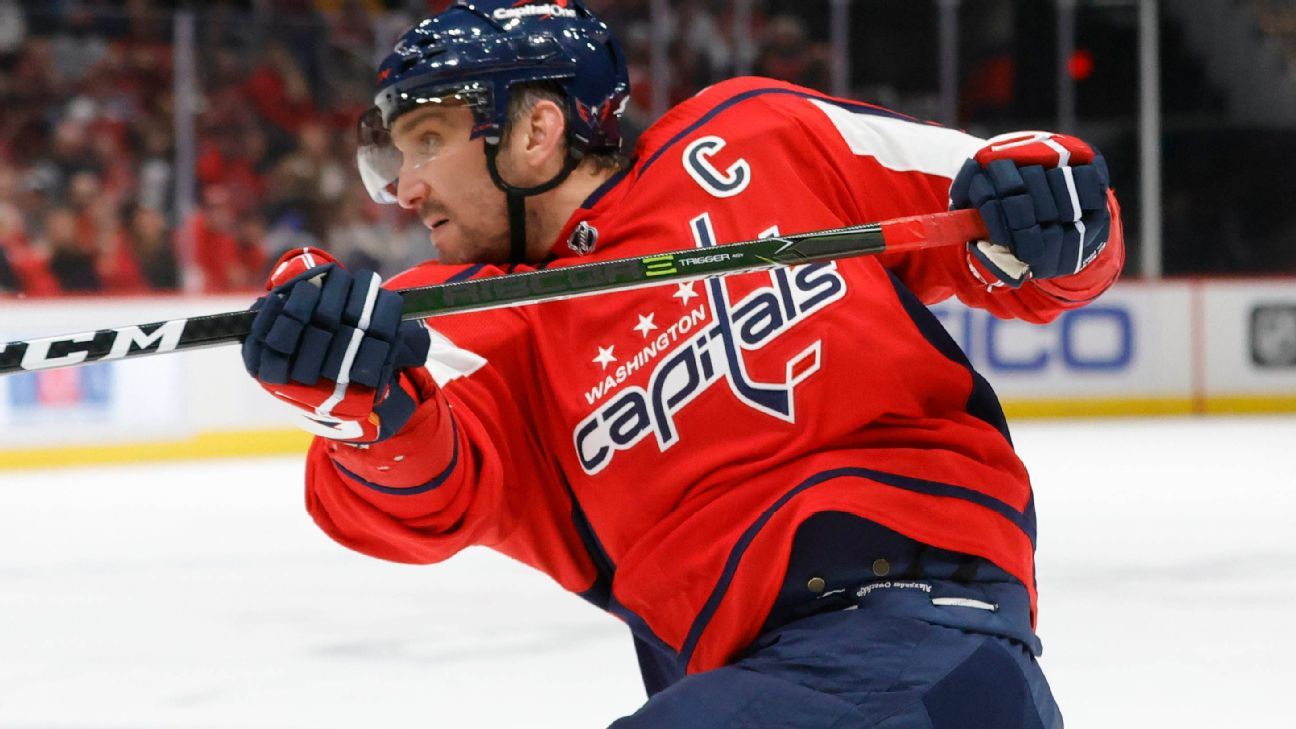 Ovechkin also assisted on two goals, and was around the puck all night as the hungry Capitals snapped a three-game skid.

Ovechkin nearly ended up with a pair of goals, which would have surpassed Hull’s mark. In the first period, he redirected Trevor van Riemsdyk‘s shot from the point. But it caught a piece of Tom Wilson‘s arm on its way in.

All in all, though, it was a good night for the superstar, and there appear to be more ahead of him. At age 36, Ovechkin is on pace to pass third-place Jaromir Jagr‘s 766 goals before the end of the season. Wayne Gretzky holds the all-time record with 894 goals, followed by Gordie Howe with 801.

Wilson, a longtime teammate of Ovechkin’s, had some fun with the historic goal that wasn’t.

“If it wasn’t for me, he would have passed Hull. He tipped it off my arm or something,” he said. “I should have just got out of the way and we would have been talking about Jagr.”

“I just take it day by day. It’s nice to be in that company. It’s pretty big numbers, so just move on,” he said. “Obviously, it’s nice to be tied, but I still have a couple games left.”

Wilson added two goals and Evgeny Kuznetsov contributed with three assists for the home team. Connor McMichael and John Carlson also scored, and Vitek Vanecek made 20 saves for the Capitals, who improved to 6-2-4 before facing the Detroit Red Wings on Thursday.

Cody Eakin, Anders Bjork and Colin Miller scored for the Sabres, who suffered a fifth consecutive defeat, with four of those coming in regulation. Dustin Tokarski had 25 saves.