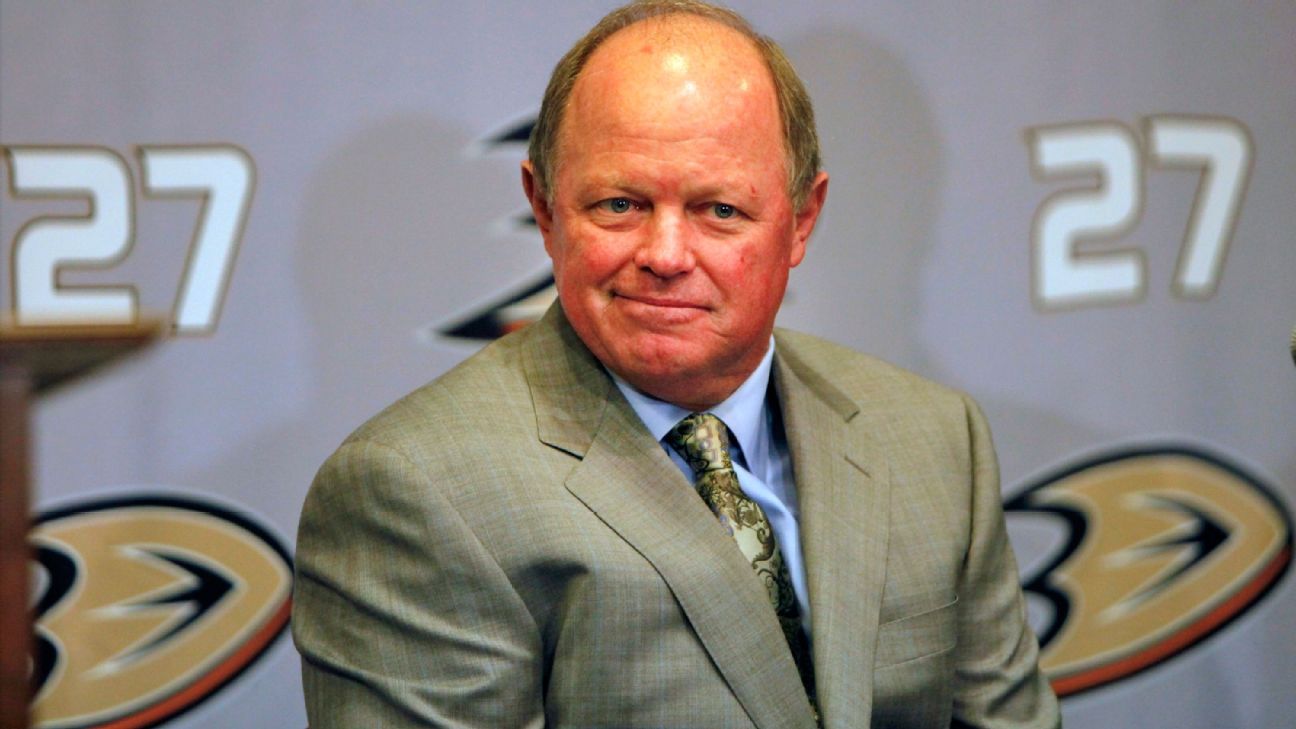 Bob Murray has resigned as executive vice president and general manager of the Anaheim Ducks, the team announced on Wednesday. The move is effective immediately, and Murray will enroll in an alcohol abuse program.

The decision was made one day after the Ducks placed Murray on administrative leave pending an internal investigation into allegations of improper professional conduct. Anaheim has not specified when these complaints were made, or how many people have come forward.

Assistant general manager Jeff Solomon has taken over as interim, as the franchise prepares to begin a search.

“First and foremost, we apologize on behalf of the organization to anyone affected by misconduct from Bob,” Henry and Susan Samueli said in a Wednesday statement, adding that they fully support his efforts to improve his physical and mental health by asking for help. “We expect every member of our organization to be treated with respect and will not stand for abuse of any kind.

“We will now begin a methodical, extensive search for a permanent general manager to lead us forward. We expect to complete this process no later than next summer.”

Moments after the news was announced, the NHL released a statement, tying the investigation back to its hotline, used to reporting such tips and details.

“We support the decision by Bob Murray to resign his position,” the league wrote. “While we understand that he is seeking appropriate counselling and treatment for his personal issues, there is no excuse and there is no place in our League for the type of behavior that was recently reported through the NHL hotline.

“We thank the Ducks’ organization for his prompt and appropriate response to the hotline reports. The league and its clubs are committed to a safe and welcoming workplace across the NHL and will continue to take any and all action to achieve that goal.”

Murray had been general manager of the Ducks since 2008. Samueli will pay for Murray’s rehabilitation services, sources told ESPN.

Sources also told ESPN this week that Murray’s behavior has created an “abuse culture” within the organization and that many of the initial complaints involved verbal abuse.

“I want to apologize to anyone adversely affected by my behavior,” Murray said in the team’s news release. “I vow to make changes to my life, starting with enrolling in a treatment program. I want to thank Henry and Susan Samueli, and Michael Schulman, as working for them has been one of the highlights of my career. As I step away from the Ducks, I will focus my attention on where it should be: improving my life for the betterment of my family and friends.”

In the wake of an investigation into the Chicago Blackhawks‘ mismanagement of sexual assault allegations by Kyle Beach against former video coach Brad Aldrich in 2010, the NHL sent out a memo earlier this season to all 32 clubs that mandated any abuse be immediately reported to the league. That could be empowering more employees to come forward with workplace issues past and present.

ESPN’s Emily Kaplan and Greg Wyshynski contributed to this report.