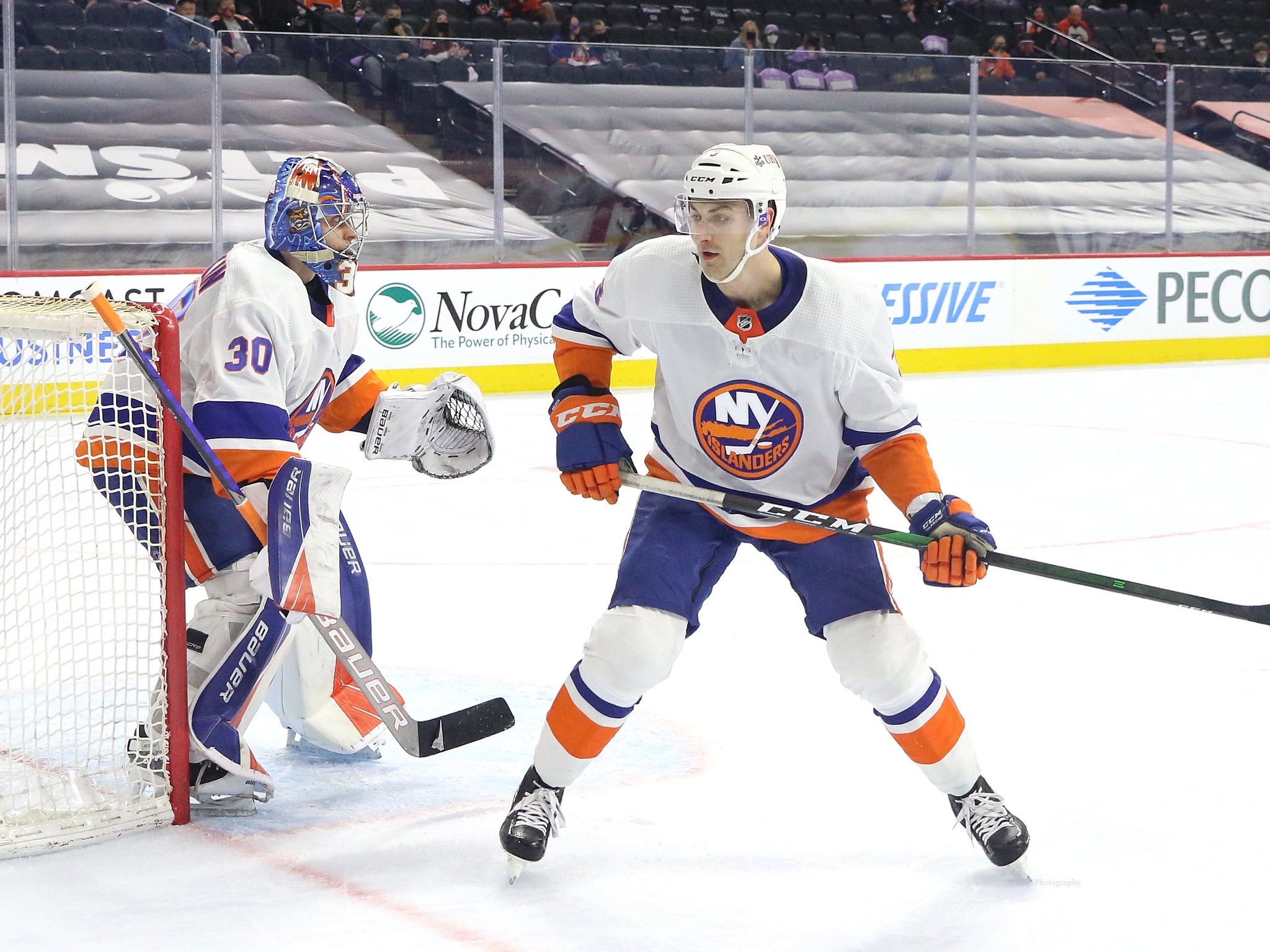 The New York Islanders lost 4-0 to the rival New Jersey Devils and now only have five wins in their first 11 games of the 2021-22 season. The loss was one of the worst of the season and certainly raises some concern for a team hoping to compete for the Stanley Cup this season after reaching the Semifinal in consecutive playoffs. The loss for one continued to expose a struggling power play and saw the Islanders defense, a unit that is great at eliminating opposing skaters in the neutral zone, allow the Devils to carry the puck into the offensive zone at will.

At the same time, there are plenty of reasons that head coach Barry Trotz, the coaching staff, and Islanders fans shouldn’t be concerned about the loss. Aside from the fact that it’s still early in the season, with the Islanders having 71 games left on their schedule, a lot of the on-ice factors that resulted in the tough loss are not underlying concerns for a promising team that looks to compete in the Eastern Conference and the NHL.

Early on in the game, the Islanders were given a power play and the chance to finally break the scoreless tie and head into the first intermission with a 1-0 lead. The exact opposite happened as the Islanders allowed a shorthanded goal but the oddity of the goal was the Devils forward Nico Hischier receiving the puck off a bounce for a shot in the center of the offensive zone. The unfortunate bounce caught the Islanders’ defense out of position and left goaltender Ilya Sorokin without help on the quick scoring chance, allowing opposing forward Janne Kuokkanen to find the back of the net.

Similarly, late in the second period, the Islanders were on the penalty kill and hoping to end the period trailing only 1-0 but received another tough break. The Devils established strong puck movement on their power play and effective passes are tough to defend regardless of the skaters on the ice but defenseman Dougie Hamilton, who was acquired in the offseason because of his scoring ability on the power play, fired a shot from the point that bounced off forward Tomas Tatar into the back of the net, giving the Devils a 2-0 lead. The puck wasn’t bouncing the Islanders’ way and the momentum continued to shift towards the opponent as the game progressed.

The Islanders Hit a Wall in Blackwood

The Islanders were generating offense and shots on the net throughout the game. Zach Parise, eager to net a goal against his former team, and defenseman Ryan Pulock had five shots on goal each on the team managed 42 shots against the Devils defense. The problem was Devils goaltender MacKensie Blackwood who put together one of the best goaltending performances of the season with a 42-save shutout, and a game where he was in complete control in the net. The Islanders’ offense was creating opportunities in the offensive zone and finding scoring chances and the goals will follow in the upcoming games with the continued offensive zone presence.

The Devils Are a Tough Matchup

Throughout this game, the Devils proved how far they have come from last season and more importantly, that they are a tough team to play against on a nightly basis. The Islanders won six of the eight meetings last season and will improve in the future matchups against their divisional opponent but the Devils aren’t going to be an easy team to defeat throughout the season. The forward unit can win with speed on the odd-man rush, veteran defensemen P.K. Subban and Hamilton can open up the offense from the point, and the forward unit has depth with Tatar and Dawson Mercer now in the later shifts, both of whom scored in the game.

The recent game reminded the Islanders that they will need to adjust accordingly when facing the Devils, with plenty of tough matchups in store. Furthermore, the game showed how tough the Metropolitan Division is going to be this season. Already this season, the Islanders lost 3-2 in overtime to the Columbus Blue Jackets and now suffered a 4-0 defeat against the Devils, two teams that finished with two of the worst records in the NHL last season. Ultimately, the division is shaping up to be the toughest in the league and it will be tougher to climb the standings as a result.

What The Islanders Need To Takeaway From The Loss

The Islanders’ next two opponents are the Tampa Bay Lightning and Florida Panthers on back-to-back nights. Both teams are going to give the Islanders problems on both ends of the ice but the big issue from the 4-0 loss was the inability to limit the opposing skaters in the neutral zone, something Pulock and Adam Pelech generally thrives at. Against the Lightning and the Panthers, the defensemen need to cut off angles to the net and create turnovers, turning defense into offense. Moreover, the team needs to find forwards near the net, particularly, Oliver Wahlstrom and the accurate shooters that can find a few goals in the upcoming games. Ultimately, the recent loss was a reminder that there are some issues that need to be addressed but none of which are too concerning for a team looking to improve over the course of the season.

Mike Fink joined The Hockey Writers in November 2020 and covers the New York Islanders for The Hockey Writers, a team that has turned themselves into legitimate cup contenders with Barry Trotz as the head coach. In addition to covering the Islanders, Fink has written for multiple sports blogs and platforms covering the NHL, NFL, MLB and college sports.