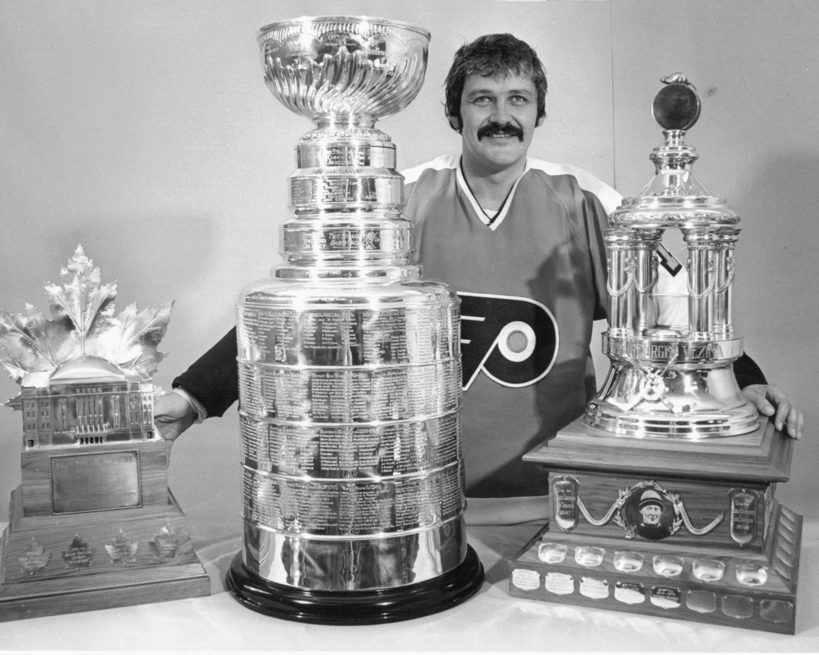 The Philadelphia Flyers have a rich history. In the 54 years since they were introduced to the NHL, the Flyers have accomplished a lot and iced some of the best players to play the game. They’ve won division titles, Stanley Cups and built some of the most competitive teams in the league.

Here’s a look back at some of the best single-season performances in franchise history.

It’s a tough task to win 50 games in a season, and the Flyers have done it five times. The first time was in 1973-74 and they did it again the following two seasons, winning 51 in each. It wasn’t until 1984-85 and 1985-86, that they won 53 games in back-to-back seasons, the most in franchise history. These seasons that saw the Flyers win at will got them as far as the Stanley Cup Final the first year and the first round the next.

Philadelphia dominated the NHL almost immediately. In their ninth season in the league, 1975-76, they set a record with 118 points in the standings. This was the season following their first of two Stanley Cup consecutive championships (the only two in franchise history). They finished with 112 or more points in four consecutive seasons from 1973-1977.

Scoring has changed throughout NHL history. Scoring was high for years before goaltending equipment caught up to the game, and the number of goals dipped. Today, we have seen an increase in scoring, given the speed of the game.

Players have scored many goals in many ways throughout the team’s history. These are the single-season record holders for the Flyers and honourable mentions.

Goals came easier for the Flyers in the ’70s, ’80s, and ’90s. The organization had six different 50-goal scorers who reached the mark 12 times in those decades. Only one player reached the 60-goal mark, and that’s the Flyers’ all-time single-season record holder, Reggie Leach, who scored 61 goals in 1975-76. There is only one runner-up. Tim Kerr holds spots two through six with 58 goals in two seasons and 54 goals in two other seasons.

Power-Play Goals– Kerr beat his own record by a landslide in 1985-86 when he scored 34 power-play goals. He also holds the next three best marks with 26, 25, and 21 in a season. The only Flyer with 20 or more power-play goals in a season is Rick MacLeish with 21 also.

Shorthanded Goals– Three Flyers are tied for the single-season record for shorthanded goals with seven, reached by Brian Propp in 1984-85, Mark Howe in 1985-86, and Mike Richards in 2008-09.

Game-Winning Goals– Two players hold the franchise record for game-winning goals in a season. Propp set the record in 1982-83 with 12, which was tied much later by Jeff Carter in 2008-09. Leach was the only other player to come within one of the records (with 11), but at the time, he formerly held the record for six seasons until Propp topped him. In the same season that Leach scored 11 game-winners, Bill Barber scored 10.

The Flyers’ single-season points record will likely stand for a while as there are few players who can reach that mark in today’s game. Recchi finished the 1992-93 season with the most points in franchise history with 123. He is followed closely by Clarke who has the second and third best seasons with 119 and 116 points in 1975-76 and 1974-75. Recchi reached this mark in 84 games, while Clarke may have been able to hold the record if he had played more than 76 games that season.

There have only been six other instances where a player on the Flyers has reached 100 points in a season, done by four other players.

Power-play points– The franchise record for power-play points (PPP) in a season is impressive. Kerr reached 50 in one season in 1985-86. He also holds spot No. 3 with 44 PPP in 1988-89. Making his first appearance on these single-season records is Pelle Eklund, who recorded the second-most PPP in a season with 46. He also reached the 40 mark one other time and is one of only three Flyers to have recorded a 40-plus PPP season, along with Kerr and Recchi.

Shots– Only one player in Flyers’ history has ever recorded 350 shots or more in a season and his name is Bill Barber. He holds the record of 380 in the 1975-76 season and also the next highest at 350 in 1981-82. Jeff Carter is the next name on the leaderboard, and he holds spots three and four with 342 and 335. Leach’s shots in one season are tied with Carter’s worst of the two seasons with 335.

Plus/Minus– Ridiculous numbers from the 1985-86 and 1976-76 seasons see players from those teams fill the top of the single-season plus/minus leaderboards. Three different players have finished a season at more than a plus-80, Howe (87), Brad McCrimmon (86), and Clarke (83). Three more times has a player finished with more than a plus-70 and only once more over plus-60. This may be an unbreakable record for the Flyers, as each season may see a couple of players in the entire NHL get around a plus-40 rating.

The only goalie to ever play over 70 games in a season was Bernie Parent, and he did it in 1973-74, playing 73. The following year, he also played the second-most games in franchise history with 68. Only three other goalies for the Flyers have ever played 65 games: Wayne Stephenson (66), Ron Hextall (66), and Pelle Lindbergh (65). For these numbers to be contested, the Flyers would have to have a goalie playing out of his mind and a backup who isn’t very good.

Uncoincidentally, the five most winning seasons from goalies came in the same seasons as the most games played, but in a slightly different order. Parent holds the top two most winning seasons with 47 and 44 in 1973-74 and 1974-75. Lindbergh and Stephenson are the only other two goaltenders to have accomplished 40-win seasons with the franchise. Hextall is next with 37.

Parent’s record-breaking season in 1973-74 with the most wins also has him with the record in shutouts in a single season with 12, doing it twice. Only Cechmanek in 2000-01 has finished a season with at least 10 whose name is not Bernie Parent. This will take an elite goaltender and a very good defensive team for a goalie to come close to this record.

Some of these records seem almost unbreakable at this point, but you never know when a generational player will come along and do the unthinkable. Some players of recent memory have gotten close, and it will be interesting to watch and wait for the next one to challenge for the single-season records.

Rob Couch is a THW freelance writer covering the Edmonton Oilers and Philadelphia Flyers. He covers everything you need to know about fantasy hockey. He will also keep you up to date with the Stat Corner and trade talks from around the NHL.