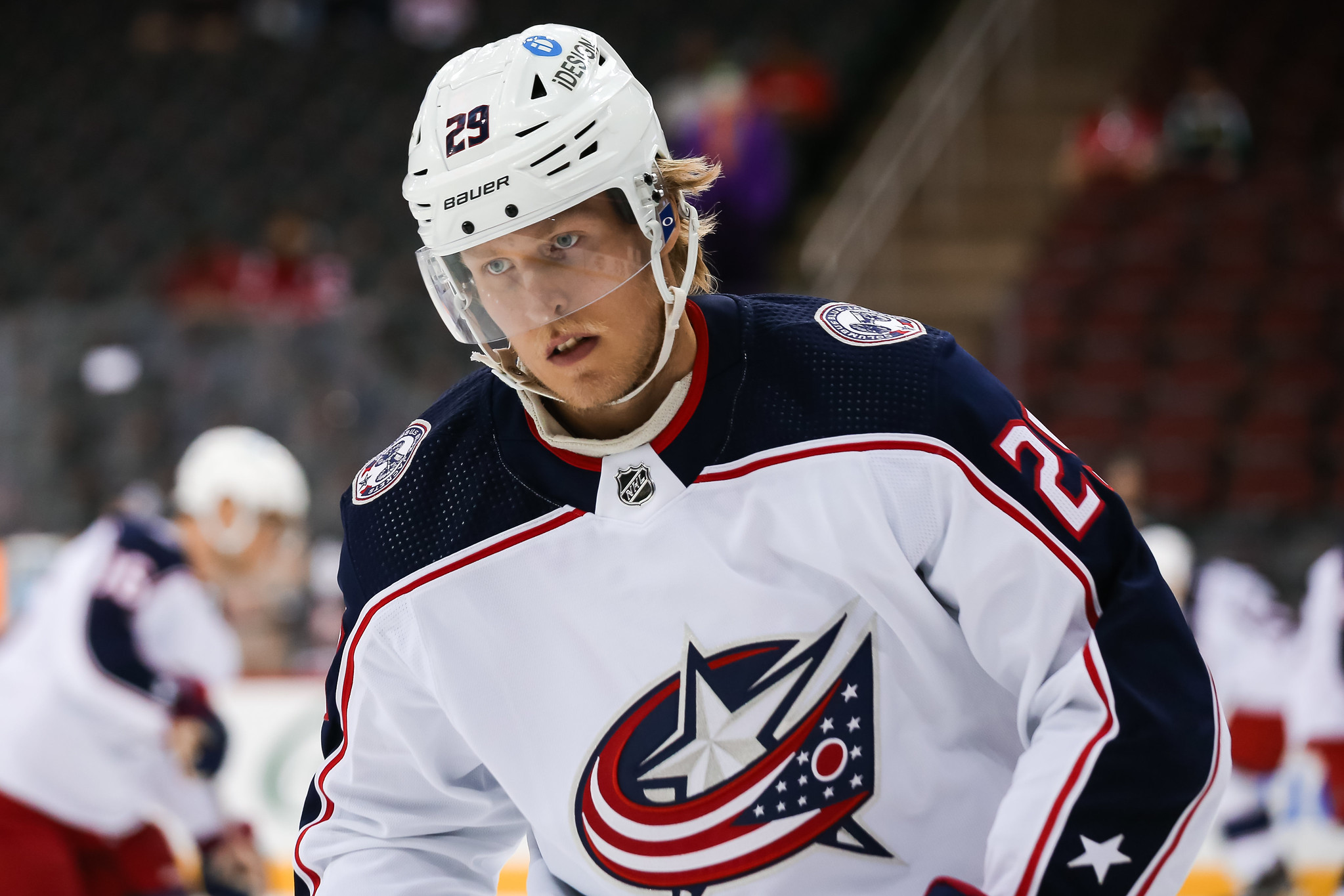 In today’s NHL rumors rundown, the Pittsburgh Penguins recalling Louis Domingue does not mean one of their other netminders is dealing with an injury. Meanwhile, The Ottawa Senators are being decimated by injuries and COVID absences. What can they do? The Columbus Blue Jackets have some decisions to make with their pending free agents and are the Toronto Maple Leafs actually looking to add another top-six forward?

After the Penguins recalled Louis Domingue, there was some concern that perhaps a goaltender was injured. That is not the case. According to a report by Mike DeFabo of the Pittsburgh Post-Gazette, starting goaltender Tristan Jarry simply didn’t travel with the team to Ottawa so that the organization could give him some additional rest.

Jarry is expected to play tomorrow night in Washington. The change is simply due to the travel schedule with back-to-back games. The Penguins got some good news when it comes to their roster as blueliners Marcus Pettersson and Chad Ruhwedel should be available to return after being re-added to COVID protocols yesterday for cross-border travel reasons, not another positive test.

The list of injuries and absences for the Ottawa Senators continues to get longer and longer. The latest report comes from TSN’s Darren Dreger who notes that young defenseman Erik Brannstrom suffered a broken hand in last night’s game and is out indefinitely.

Related: Tortorella Proves Why He’s No Longer an NHL Coach, Calls Out McDavid

With the news he is likely to miss 6-to-8 weeks, one has to wonder if the Senators will be looking around the NHL, not just for a forward (which was already rumored) but a defenseman now. DJ Smith says Artem Zub will be a game-time decision vs. Penguins but the depth on this team with so many missing pieces has become a real issue. Unlike other NHL squads who are tight against the salary cap ceiling, the Senators have space to add.

TSN’s Pierre LeBrun reports that veteran center Eric Staal is hoping to return for an 18th NHL season. He wasn’t signed in the offseason but continues to skate in Minnesota in hopes of a team signing him to a short-term deal. His agent is in regular contact with three or four clubs notes LeBrun, but it’s not clear if anything is imminent.

As clubs get hit with injuries, Staal could become a more attractive option and he could land somewhere later this month. He had a decent run with the Montreal Canadiens during their run to the Stanley Cup Final, it’s a bit surprising he hasn’t been picked up as a depth option by someone yet.

“Now, probably ideally [it] would be where his family has lived the last few years in Minnesota but the Wild have not shown interest in bringing him back and I don’t think that’s going to happen. A return to Canada where he finished the season with the Montreal Canadiens, probably not in the cards right now either. The preference for Eric Staal is to find a good fit in the U.S., that’s where his camp is working on now.”

Blue Jackets Could Move a Number of Players

As per Aaron Portzline of The Athletic, the Blue Jackets may not yet know what they want to do with pending free RFA Patrik Laine, as well as pending UFA Joonas Korpisalo, a goaltender many expect will be traded by the March 21st NHL trade deadline.

I suspect we’ll see more moves at the deadline that have the future in mind. There is an abundance of wingers on this roster. Chinakhov is getting squeezed, and that’s not ideal if he’s ready to play. Kent Johnson and Kirill Marchenko will join the mix at forward next season, too, and they aren’t going to be fourth-liners. Max Domi and Grégory Hofmann are in contract years and could be UFAs, so there are big decisions to make. As for Korpisalo, I’d be surprised if he finished the season here, with UFA status at hand this summer.

source -‘Blue Jackets mailbag: Will Cole Sillinger be good or great? Yegor Chinakhov in the doghouse? Is Patrik Laine a keeper?’ – Aaron Portzline – The Athletic – 11/05/2021

As for Laine, Portzline notes if his turnaround season winds up seeing him score 40-50-goals, and he likes it in Columbus, the organization would be foolish to trade him away. At the same time, the team will have to decide if a bounce-back season is a norm or there are more 2020-21 campaigns in his future.

It sounds wild to imagine the Maple Leafs would add another top-six forward to their group considering how the roster is constructed, but Jonas Siegel of The Athletic writes, “If GM Kyle Dubas can somehow swing it — with cap space still at a premium — the Leafs could certainly use another legitimate threat in their top six.”

Siegel ran through the other options outside of the Leafs’ big four and talked about how little they are contributing when it comes to offensive production and he asks, “How many guys beyond Matthews, Tavares, Marner, and Nylander can give the Leafs 10-20 now?” He talks about how the stars are hot but ponders what if. He notes:

The stars go cold. The power play wilts. And it’s lights out. The Leafs are betting that eventually, given enough chances, the stars will carry them through. Will they have any, or rather, enough, help to do so? That’s very much in question.