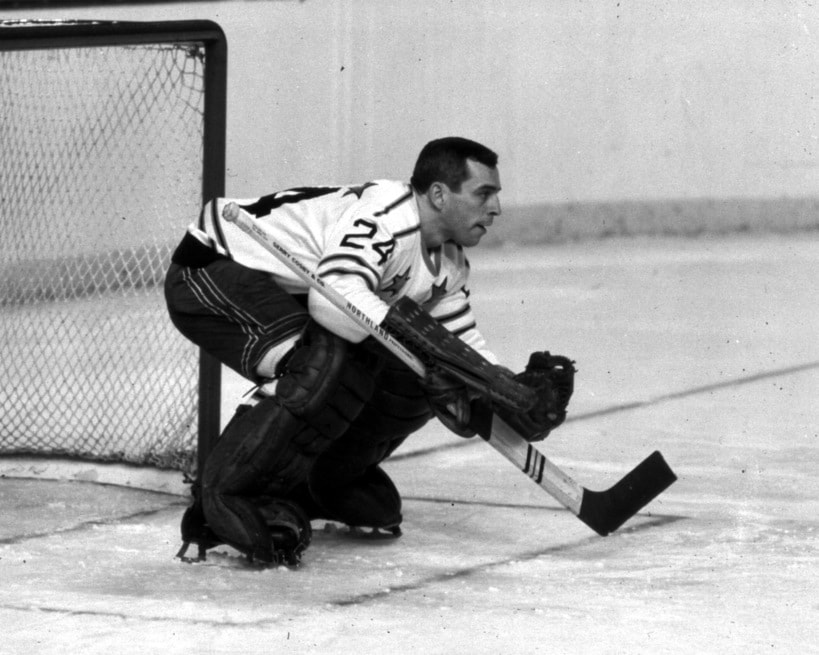 This article was originally published in August, 2012.

The New York Rangers endured one of sports’ longest championship droughts, as they went fifty-four years without winning the Stanley Cup. And while the Stanley Cup finally made it to New York in 1994, the years between 1940 and 1994 didn’t pass by without great moments and seasons.

The year prior, the Rangers established themselves as one of the best teams in hockey. Goaltenders Eddie Giacomin and Gilles Villemure shared the Vezina Trophy, and the Rangers won their first playoff series in twenty-one years.

After falling behind three games to two in the Semifinal against the Chicago Blackhawks, Pete Stemkowski scored in triple overtime of Game 6 to tie the series. However, the Blackhawks won Game 7 in Chicago to advance to the Stanley Cup Final.

The Rangers were built to win in 1971-72. In addition to the duo of Giacomin and Villemure, their defense was headlined by Hall of Fame blueliner Brad Park. But the real strength of the Blueshirts was their offense.

The trio of Vic Hadfield, Jean Ratelle, and Rod Gilbert was the best line in the Rangers’ 86-year history. They were nicknamed the ‘G-A-G Line‘, which stood for goal-a-game line. In 1971-72, the line lived up to its nickname.

1971-72 Rangers as an Offensive Powerhouse

Hadfield, Ratelle, and Gilbert became the first linemates in NHL history to each record 40 goals in a season. Hadfield became the first Ranger to score 50 goals in a season, as he tallied two in the final game of the regular season. Gilbert, the Rangers’ all-time leader in goals and points, had a career year, as he finished with a career-high 43 goals and 97 points. But it was Ratelle who paced the trio.

In only 63 games, Ratelle scored 46 goals, added 63 assists, and set a Rangers record for points in a season with 109 (the record stood until Jaromir Jagr scored 123 points in the 2005-06 season). As good as the G-A-G line was, they weren’t the only means of offense for the Broadway Blueshirts.

The Rangers scored 317 goals in 78 games in 1971-72 (4.06 goals per game average), and seven players on the roster scored at least twenty goals. Besides the top line, two-thirds of the “Bulldog Line” scored twenty goals. Center Walt Tkaczuk scored 24 goals and registered 66 points, and Bill Fairbairn added 22 goals. Park also had a breakout season, as he scored 24 goals and totaled 73 points from the blue line.

Superstars in the Crease

The Rangers were dominant at both ends of the ice. Giacomin played in 44 games and won 24 of them. Villemure won 24 games as well, and posted a 2.09 goals-against average. Under head coach Emile Francis, the Rangers went 48-17-13, good enough for the second in the NHL in points. However, the Rangers weren’t at full strength entering the playoffs.

Late in the season, Ratelle suffered a broken ankle after being hit by a shot from teammate Dale Rolfe. (from ‘Lundqvist isn’t alone: The injuries that altered Rangers’ history,’ New York Post, 02/07/2015) The injury derailed Ratelle’s stellar season and forced him to miss the last fifteen regular-season games.

Despite the loss of their leading scorer, the Rangers cruised through the first two rounds of the playoffs. They disposed of the defending Stanley Cup Champion Montreal Canadiens in six games in the first round, and then swept the Blackhawks in a rematch of the Semifinal series from the season before.

In the Final, the Rangers’ opponent was Bobby Orr and the Big Bad Bruins, the only team with more points than the Rangers in the regular season. Ratelle returned for the series, but even he would admit later that the recovery was rushed. The Rangers dropped the first two games in Boston, and then split the two games at Madison Square Garden.

Trailing three games to one, the Rangers were able to pull out a victory in Boston in Game 5. The Rangers trailed 2-1 after two periods, but right winger Bobby Rousseau scored twice in the third period to give the Blueshirts the victory.

However, Orr took over Game 6 at Madison Square Garden. The Bruins defenseman scored the first goal of the game, and assisted on the first of Wayne Cashman’s two goals. The offense was more than enough for Gerry Cheevers, who picked up the shutout in a 3-0 Bruins victory.

The 1971-72 season was the Rangers’ best chance to win given the core of players on that team. The team reached the Semifinal in each of the next two seasons but were eliminated by the Blackhawks in 1972-73, and the Philadelphia Flyers in 1973-74.

Despite all of the great things the Rangers did in 1971-72, they weren’t able to bring the Cup to New York. “With Jean we might have beaten them, but without him, Orr just proved to be too much,” Francis said. “It was a shame. We did it all except win it all.”