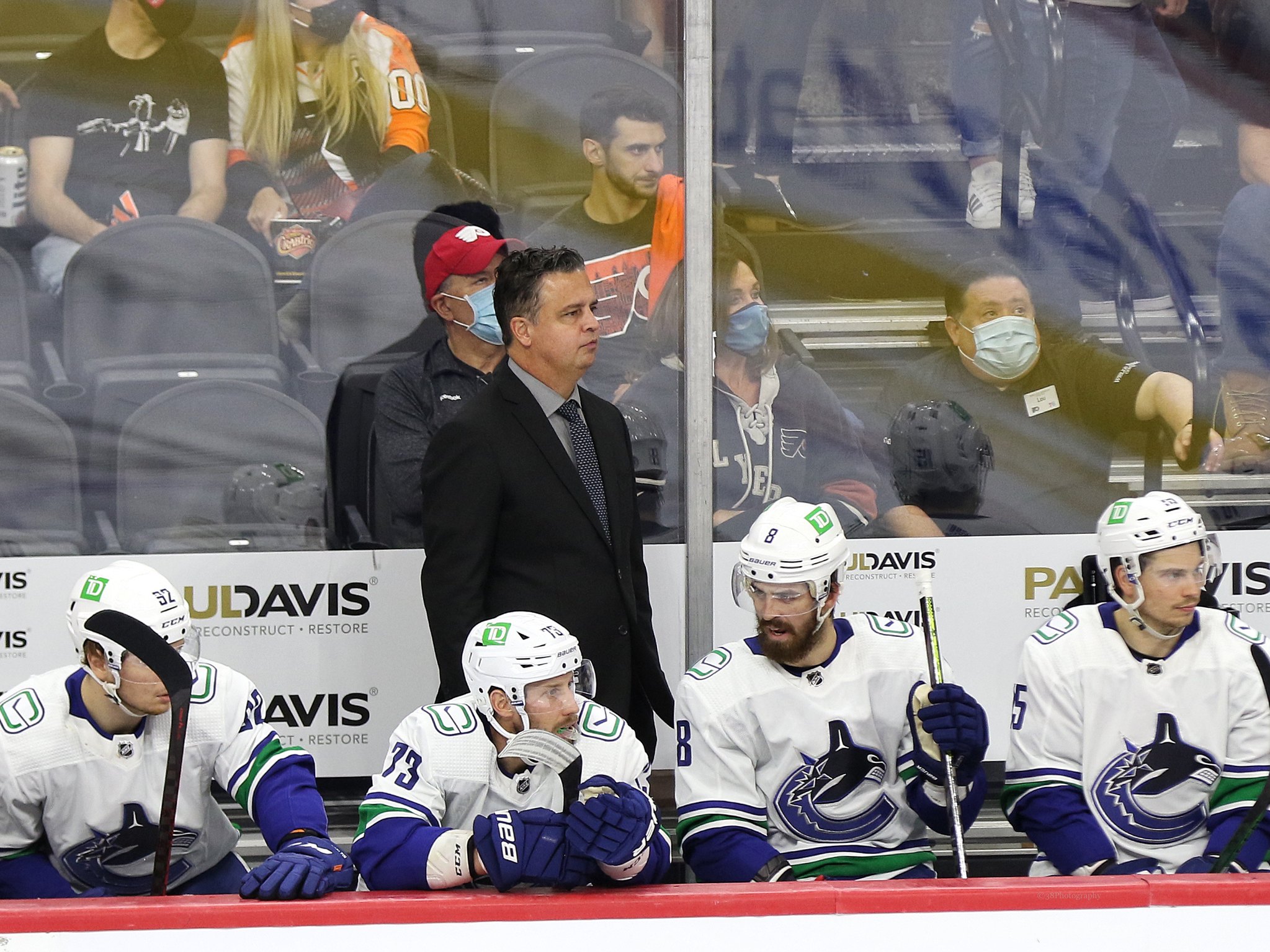 The Vancouver Canucks are not just treading water on the penalty kill (PK), they are sinking. With a historically bad penalty-killing success rate of 60.3 percent, they are a full four percentage points worse than the Winnipeg Jets who clock in at an equally horrid 64.3 percent. It’s been said time and time again, their special teams are the reason they are losing games. Look no further than the game against the Colorado Avalanche on Wednesday when a 2-1 lead turned into a 3-2 deficit, all built on the back of a power play that produced all but the empty-net goal by Gabriel Landeskog in what turned out to be a 4-2 loss.

I feel like we’ve been the better team at five-on-five for the majority the games…Everyone knows that (special teams) is the problem. There’s no secret.

So with the Canucks suffering through a five-game losing streak and a penalty-killing drought that has hit ten games and an eye-popping 19 goals against, let’s take a look at a few things they need to do to turn things around.

Possession is Half the Battle, Win Some Faceoffs!

We all know that winning the initial faceoff on the penalty kill bleeds at least 15-20 seconds off the clock. The problem is, the Canucks are not doing that nearly enough on their penalty kill. Of the four centermen that normally take draws shorthanded, Bo Horvat is the only one that has a faceoff percentage over 50 percent.

Looking at J.T. Miller, Jason Dickinson and Juho Lammikko’s faceoff numbers shorthanded, it’s no wonder they struggle. Puck possession is huge in every situation, but it matters the most when killing a penalty. When the opposition power play doesn’t have the puck, they can’t score, it’s as simple as that. Until the Canucks find someone other than Horvat to win faceoffs, the penalty kill will continue to struggle.

Stay Out of the Penalty Box

The best way to kill a penalty is to never take them in the first place. With one of the worst penalty kills in franchise history, you would think everyone would be afraid to take a penalty. Except the Canucks are one of the most penalized teams in the league with 71 penalties taken and the third-most minors with 62. Discipline should be written in bold letters in the dressing room from now on because that is what’s going to help them win games.

As of this writing, the Canucks have allowed 58 goals in 17 games, which ranks them fifth-worst in the league behind the Seattle Kraken, Detroit Red Wings, Arizona Coyotes, and Montreal Canadiens. Of those 58 goals, only 27 have been scored against them at even strength. Taking away the beyond horrible penalty kill that has allowed a league-high 23 power-play goals, they are a very good 5-on-5 team. In fact, those 27 goals have them in the middle of the pack when it comes to the rest of the NHL. Bottom line is, penalties have absolutely killed their season so far. That’s why discipline should reign supreme moving forward.

As Trevor Beggs of The Daily Hive clearly detailed in a recent article, the Canucks’ personnel on the PK have clearly let them down. From the swiss cheese defence of Tucker Poolman and Travis Hamonic to the uncharacteristically bad penalty killing from Dickinson and Lammikko, power play goals against have almost been a given every time a penalty is taken.

Tucker Poolman’s performance has been an unmitigated disaster. Among blueliners that average more than one minute per game shorthanded, Poolman’s 144.5 shot attempts against per-60 is worst in the NHL.

The Canucks really miss Alex Edler, Chris Tanev, and even Troy Stecher right now as they are hemorrhaging goals on the penalty kill. Poolman, Hamonic, Oliver Ekman-Larsson, and Tyler Myers are just not getting it done. The problem is, they don’t really have anyone else except for Kyle Burroughs and maybe Jett Woo down on the farm that could possibly step in and do a better job.

Add Hoglander, Garland and Podkolzin to the Penalty Kill

What the Canucks do have are options at forward. More specifically, three guys by the names of Nils Hoglander, Vasily Podkolzin and Conor Garland. All three don’t have experience killing penalties in the NHL, but they all have two things in common, speed and tenaciousness.

On the PK, it’s all about pressure, smarts and keeping the puck away from the opposition’s best players. With everything we have seen from those three in their career so far, it’s hard to believe they won’t be great on the penalty kill. What do the Canucks have to lose? It’s not like it can get any worse than it already is.

Canucks Will Not Make the Playoffs Unless Their Special Teams Improve

General manager Jim Benning said in the offseason that the Canucks need to make the playoffs this year. A 5-10-2 start, 32nd ranked penalty kill and 27th ranked power play say otherwise. 17 games into the 2021-22 season, they have allowed the most power play goals in the NHL and blanked an opposition power play only three times in that span. On the power play, they have scored only nine goals on a league-high 62 power play opportunities and five of those goals were scored in two games.

Related: 5 Trades The Canucks Should Consider Making This Season

Barring a drastic turnaround with their special teams, the Canucks will not be making the playoffs this season. It’s not very often that a team makes it into the final-16 without one of their special teams firing at all cylinders. Right now, both are stuck in neutral. At the very least, the penalty kill has to start doing its job and stop allowing goals. Unfortunately, it will not be getting any easier as the Jets’ ninth-ranked power play comes to town on Friday.

All stats were taken from NHL.com and Hockey Reference