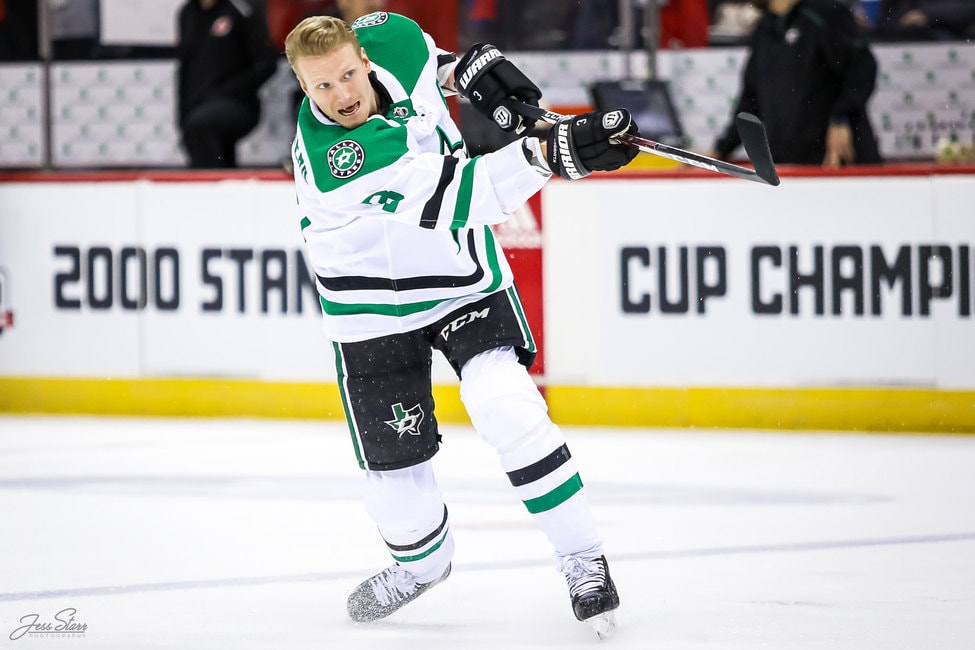 The Stars wrapped up their three-game road trip on Tuesday with a 2-1 regulation loss to the Nashville Predators. Dallas held a 1-0 lead with less than 10 minutes remaining before surrendering two straight goals by Ryan Johansen and Roman Josi. The loss breaks a four-game winning streak and six-game point streak for Dallas. Both of the losses during that run have been in Nashville.

The Stars are the worst team in the NHL when it comes to playing against an empty net at the end of the game. In that scenario, they have allowed nine goals while only scoring 11 themselves. While this game did not come down to an empty net, it sure felt like it as Nashville put on a full-court press for the final 10+ minutes of the games, eventually tying the score 1-1 and taking a late lead.

“It’s a tough way to lose obviously,” said John Klingberg, who broke a 25-game goal drought with his first tally since Dec. 18. “It was a grinding game, it always is when we play these guys. They were able to find a way there to come out with two points, so it’s disappointing.”

The third period was as so many games have been for Dallas this season, They held a slim lead, stopped skating and pushing, and allowed the opponent to repeatedly come at them. Jake Oettinger held his ground for a while and his teammates did help with 16 blocked shots in the game but that is not a recipe for success on a consistent basis and failed them again in Nashville.

A common theme over the Stars’ past two seasons has been tight losses to the Preds in Music City. Last season, the two teams faced each other eight times in the makeshift Central Divison. Nashville won three of the four games at home and have gone 6-1 in the last seven matchups there. Nearly every game between these two is a low-scoring, heavy-hitting goalie battle that has required overtime or a shootout on multiple occasions.

“Every game with these guys is a grind like that,” Rick Bowness said. “It’s been into overtime, it’s been 1-1, 2-1, I think the second one hit us and that’s hockey.”

The victory propelled Nashville ahead of Dallas and into the first wild card spot in the Western Conference. The Stars remain in the second spot, however, holding a three-point lead over Edmonton.

Hakanpaa Continues To Step Up

With the absence of Miro Heiskanen over the last three games, Jani Hakanpaa has stepped up into a much larger role. The big Finnish defender played over 25 minutes in each of the three games, including a season-high 28:35 against Minnesota on Sunday.

Hakanpaa has been asked to not only play big minutes but to also step in on the penalty kill and against the opponent’s best players on a consistent basis.

“He stepped up big time,” Bowness said. “Big minutes, he’s doing a great job on the penalty kill, he is playing against the top guys, Haks been great.”

Heiskanen is expected to return to the lineup on Saturday, which will be a huge addition for Dallas. However, it is always nice to know that your team has the depth needed to win games sometimes without your best players.

“We know we have really good depth on this team, both our forwards and D,” Klingberg said. “Someone goes down or someone is sick and someone else will step up.”

Despite the loss, it was another successful road trip for the Stars (2-1-0). They have drastically improved their dismal road record lately, going 8-2-1 in their last 11 away from Dallas. They will return home to face the New York Rangers on Saturday [March 12] before heading back out on the road again.

“It was a great game today, it was a lot of fun, good atmosphere, and too bad we couldn’t get two points,” Klingberg said.

Sam Nestler is a credentialed Dallas Stars contributor for the ‘The Hockey Writers’. Growing up in New Jersey, Sam has been playing hockey since he was 7 years old. Developing a love for writing in college, Sam uses his hockey knowledge to create analyses and articles on every aspect of the game. Sam also hosts his own podcast on Spotify, the “Slapshot Sammy’ podcast, breaking down action across the Stars, the NHL, and college hockey. Check out the podcast here, and give his latest article a read!