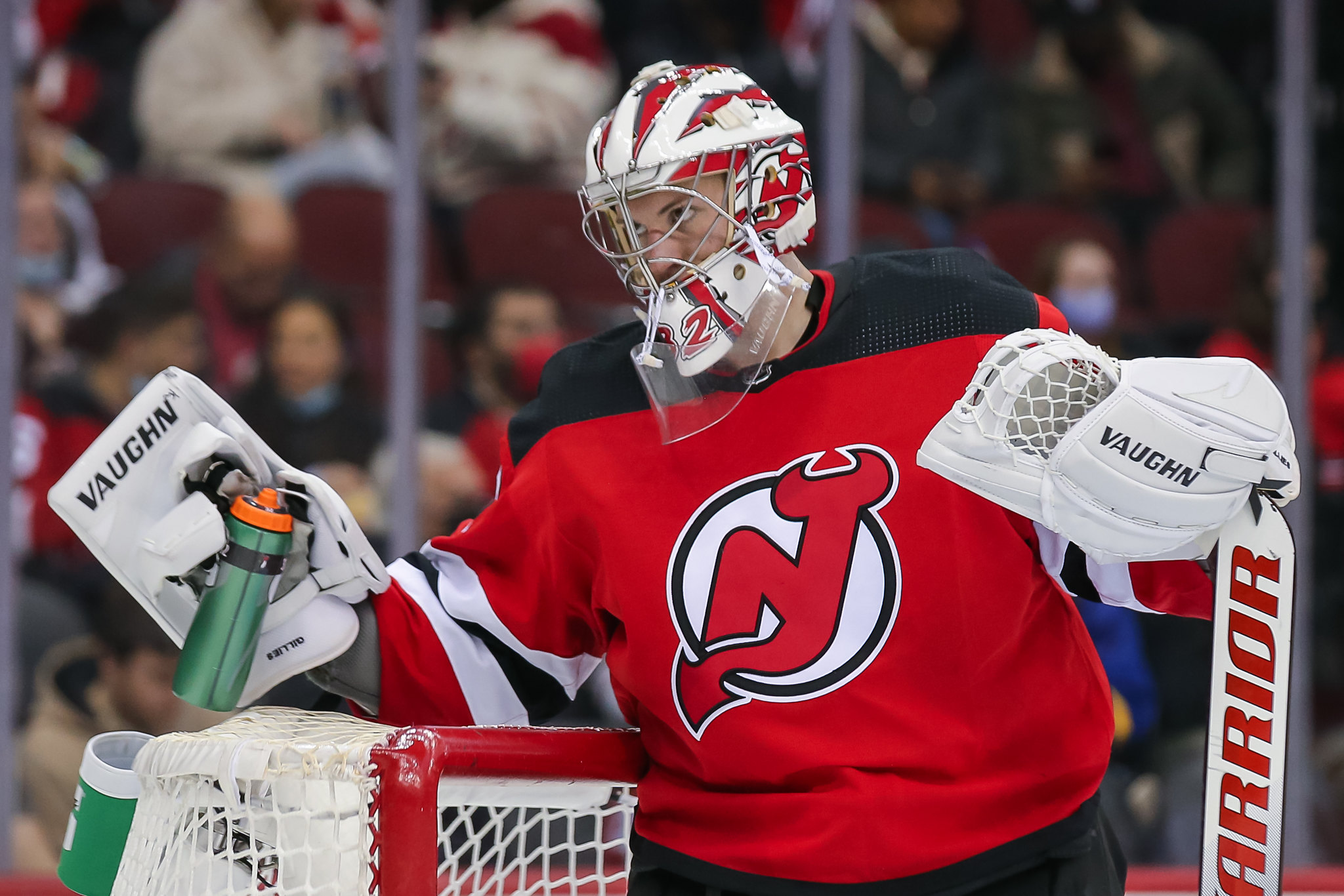 Yesterday afternoon the New Jersey Devils played the first half of a back-to-back when they hosted the Carolina Hurricanes. It was the third time this season the two teams had met, but the first time Dougie Hamilton faced his former club since signing in New Jersey. It was a defensively sound game for the home team, as they kept their opponent off the scoresheet for roughly 55 minutes, even though they were without some key pieces.

New Jersey called up 21-year-old Nolan Foote, who jumped into the lineup replacing Jesper Bratt who missed the game with a non-COVID-related illness. The coaching staff utilized him on the fourth line alongside Michael McLeod and Nathan Bastian as he played 5:10. The Devils played a solid game but ultimately lost in overtime after giving up three consecutive goals. It was not all bad though, as the team finally broke through and lit the lamp with the man advantage.

That’s right, the hockey gods decided to give Devils fans one final gift before the conclusion of the season. After going 0-for-31 in 11 consecutive games, the team finally scored a power-play goal. They finally broke through in the second period thanks to Yegor Sharangovich and Jesper Boqvist. It was positive for fans, who saw their team give up two short-handed goals to the Buffalo Sabres on Thursday. Prior to the game, Devils head coach Lindy Ruff talked about his team finishing on the power play, and they finally did it against rookie goaltender Pyotr Kochetkov who made his NHL debut.

I had a feeling that Jon Gillies would play another game for the Devils this season, and he got the call yesterday against the third-best team in the league. The 6-foot-6 goaltender’s last game was on March 31 when he replaced Nico Daws in goal against the Boston Bruins. He performed well making 26 saves on 29 shots and was working on a shutout up until the last five minutes of the game. He faced nine shots in each period of play and made key saves to give his team a chance to win.

“Jon gave us a great save,” coach Ruff said after the game. “If Jon doesn’t make that save it’s a 1-1 game because a shift or two later Nico went down and scored to make it 2-0.”

The Hurricane’s first goal, unfortunately, went in off of Kevin Bahl’s skate and Nino Niederreiter scored the equalizer even though Bastian and Damon Severson were nearby. The Devils were unable to register a shot in overtime before Carolina scored the game-winner, and with three opponents near the crease, Gillies did not have a chance. After the game, team captain Nico Hischier said it was unfortunate the team could not hold on to the lead to get their goaltender the win.

31-year-old Tomas Tatar hit a milestone as yesterday’s matinee was his 700th career NHL game. Over his 11-year career, he has suited up for the Devils, Vegas Golden Knights, Montreal Canadiens, and Detroit Red Wings. He signed a two-year deal back in August and said the opportunity to play with Hischier and Jack Hughes helped make his decision to sign with the club. Mission accomplished, as he has played alongside both centers throughout the season. Even though his scoring has been streaky at times, he has reached 30 points for the eighth time in his career. Congrats on another milestone, Tuna!

“There’s nobody on the team that’s outworking him,” Ruff said to the media. “His puck battles have been phenomenal, board play, 1-on-1 battles. He gets a step now and is taking it to the net and creating a lot of his own opportunities. For these last two, three months I think we got the real Nico now after dealing with all the injuries last year and this year. His game has really been good.”

The Devils are right back at it this afternoon when they host the Detroit Red Wings at Prudential Center. It is the first time fans will get to see rookie sensations Lucas Raymond and Moritz Seider in person. The puck will drop at 1:00 P.M. with the pregame show starting at 12:30 on MSG Network.

Kristy has been contributing to The Hockey Writers since March of 2021. She is thrilled to be putting her journalism degree to use and is a credentialed correspondent covering the New Jersey Devils. Kristy is also a member of the Professional Hockey Writers Association. You can follow her journey on Twitter @InStilettos_NHL and Instagram SkatingInStilettos.