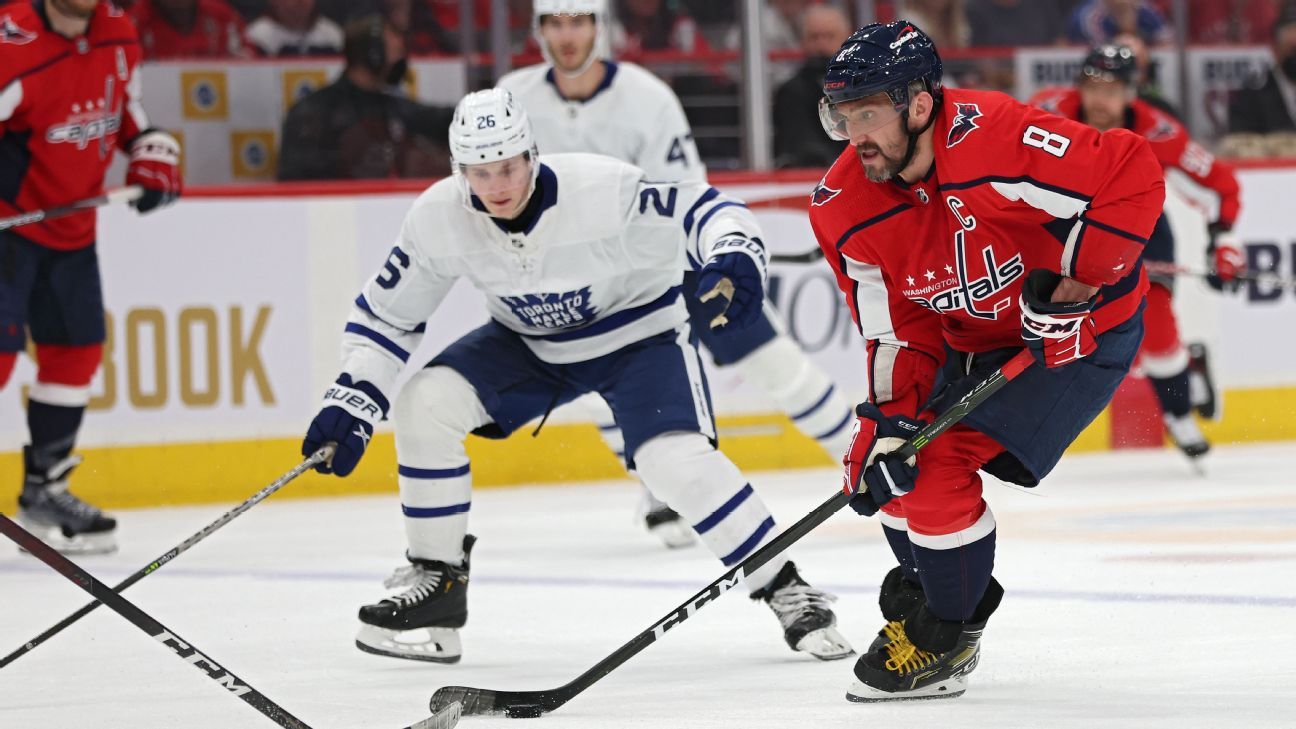 WASHINGTON — Alex Ovechkin left the Washington Capitals‘ game against the Toronto Maple Leafs on Sunday night after crashing hard into the boards and was ruled out with what the team called an upper-body injury.

Ovechkin tripped over goaltender Erik Kallgren‘s stick on a breakaway and went left shoulder first into the boards. He was down on the ice grimacing in pain for several seconds before getting to his feet and skating off without his stick.

Washington’s longtime captain yelled at officials about no penalty being called on the play before leaving the ice and going directly down the tunnel. He also took a puck to the right shin earlier in the night but did not miss a shift.

Ovechkin ranks fourth in the NHL this season with 50 goals. His 780 goals rank third on the career list behind only Wayne Gretzky and Gordie Howe.

Throughout his career, Ovechkin has shown remarkable durability, even now at age 36. The only two games he missed so far this season were for COVID-19 protocol reasons.

Washington has three games left in the regular season: two against the New York Islanders and one at the Rangers, before the playoffs start May 2.